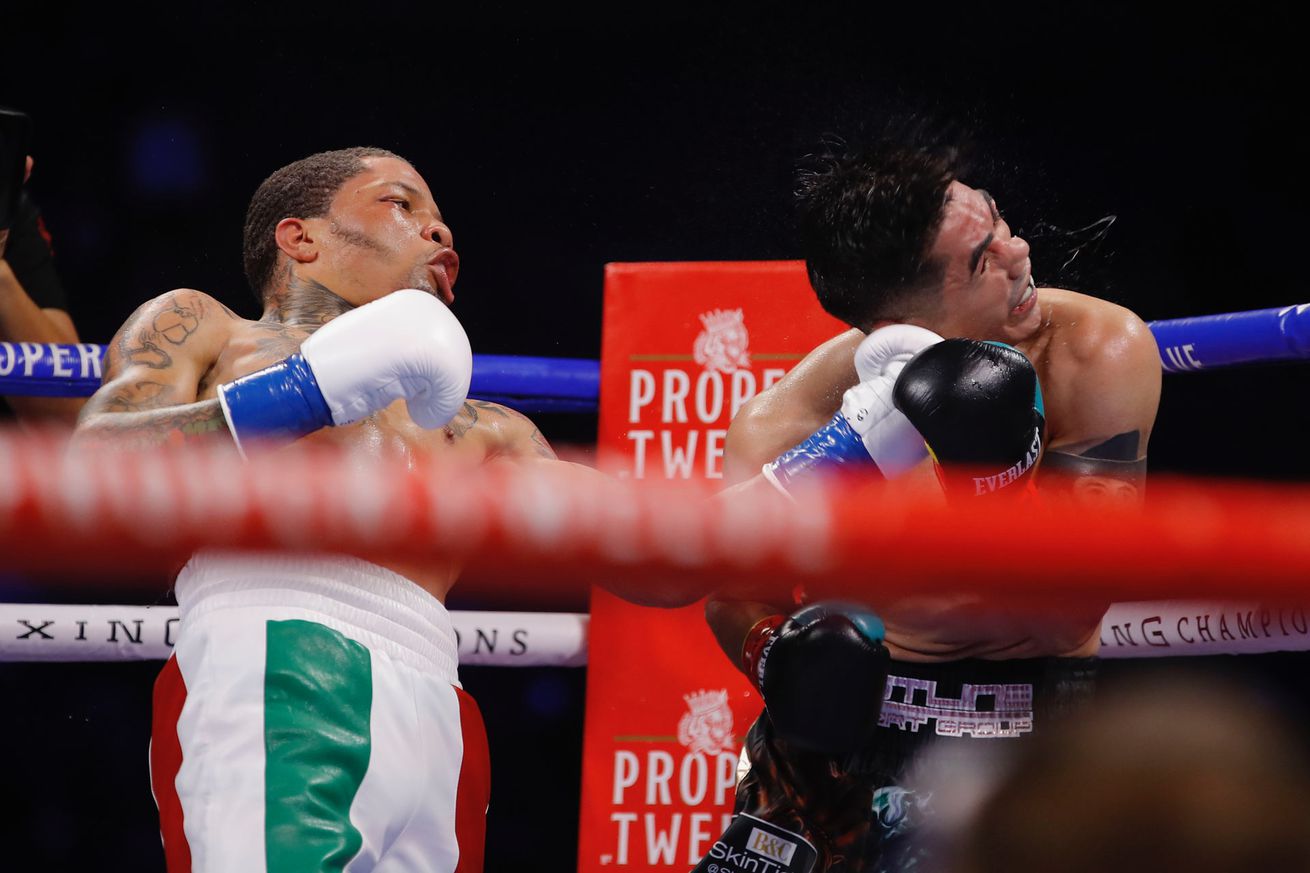 In an excellent action fight, it was the power of Gervonta “Tank” Davis that made the difference against Leo Santa Cruz.

Davis (24-0, 23 KO) started hot in this fight, and Santa Cruz (37-2-1, 19 KO) met that intensity, perhaps realizing he would simply have to do so if he didn’t want to get run over by the younger, naturally bulkier man.

What resulted was a hot action fight throughout, with Santa Cruz trying to meet Davis head-on at times, and at times even pushing Tank back. But Davis was keyed in on landing a counter left uppercut from early in the fight. In the sixth round, it landed viciously, and the fight was over in an instant.

At the time of the stoppage, all three judges had Davis up 48-47, with each of them scoring the first two rounds for Santa Cruz and the next three for Davis. Bad Left Hook had the fight 49-46 on two separate cards, both in Davis’ favor, giving Santa Cruz the second round.

Davis was, of course, happy with the big win in his first pay-per-view main event, but didn’t give himself a grade off the bat.

“I can’t grade it right now, but once I go back and look over it, I’ll be able to tell,” Davis said of his performance. “I adapted to what he was bringing. I knew he was a taller fighter and was crouching up, and he moved forward. So I tried to make him run into the uppercut.”

“He punches but doesn’t try to get out of the way when he punches, so I tried to bait him in,” Davis added of the knockout blow. “He’s a tough warrior, a strong Mexican, he came to fight. He came ready. I was just the better person tonight.”

Asked about what weight he’s going to fight at going forward, Davis said he’s going to see where the biggest fight is, 130 or 135, and go from there, which is probably the right idea.