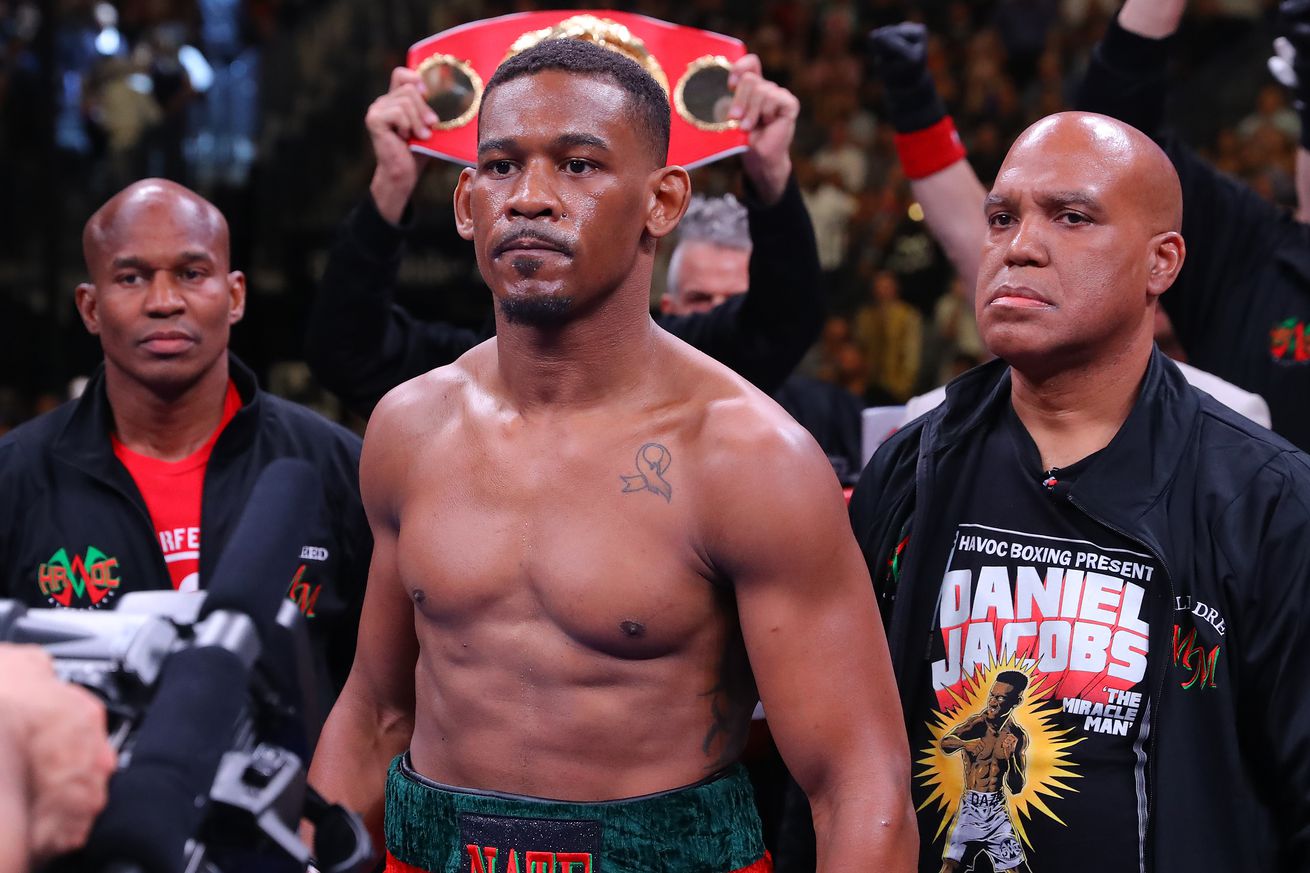 While DAZN’s star attraction may be out of action for a while, he’s not the only standout on their roster. Dan Rafael reports that one of their planned cards would feature Daniel Jacobs and Demetrius Andrade in a November doubleheader. Sports Illustrated’s Chris Mannix adds that John Ryder’s name is “in the mix” of potential Jacobs opponents.

Jacobs (36-3, 30 KO) enjoyed a sterling run at 160, but remains a newcomer in the 168-pound scene. He’s fought just once since a competitive loss to Canelo in May of last year, forcing Julio Cesar Chavez Jr to quit after five rounds last December.

Ryder (28-5, 16 KO) would be an excellent introduction to the division’s deep end. He scored four consecutive knockouts to earn a crack at Callum Smith’s WBC belt last November and should have walked away with the title after seemingly out-hustling and overpowering “Mundo,” only to fall victim to a blatant robbery. Him against Jacobs would immediately become one of the best matchups on the schedule.

It’s not clear who Andrade (29-0, 18 KO) might face in the fourth defense of his WBO middleweight title; one potential name is Liam Williams, who’s been his mandatory since crushing Alantez Fox in December. “The Machine” is slated to headline an October 10th Queensberry show against Andrew Robinson, but I could easily see him ditching that for a title shot.