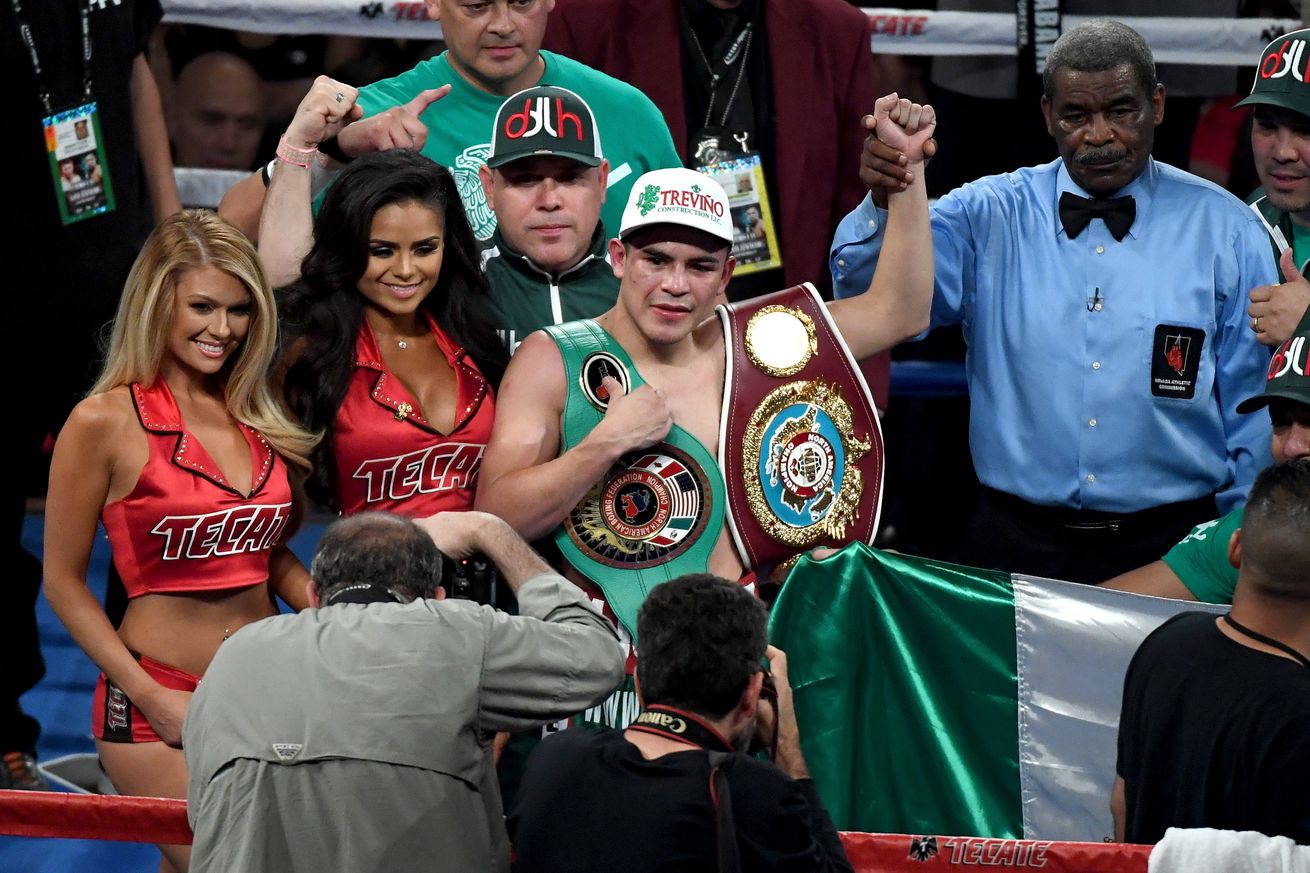 De La Hoya is coming off of a no contest in April.

The venue is unknown, but Joel De La Hoya suggests it could be part of the Rey Vargas-Tomoki Kameda undercard in Carson.

The 24-year-old De La Hoya (21-0, 10 KO) had struggled mightily with the super bantamweight limit in recent years and saw his April featherweight debut cut short by a clash of heads. He once weighed in at 128.5 for a 124-pound catchweight fight, so he’s not out of the woods yet, but he’s a skilled young fighter with a solid body of work.

Rios (30-3, 14 KO) spent the majority of his career at 126, where he rebounded from a knockout loss to Robinson Castellanos with a breakout upset of then-unbeaten Jayson Velez on the Canelo-Cotto undercard. Down at 122, he unsuccessfully challenged Rey Vargas for the WBC belt and fell in an eliminator against Azat Hovhannisyan two fights later.

This is honestly a good matchup and not too egregious a title fight by WBA standards. Rios can fight and De La Hoya’s been treading water since a career-best win over Randy Caballero in 2017.