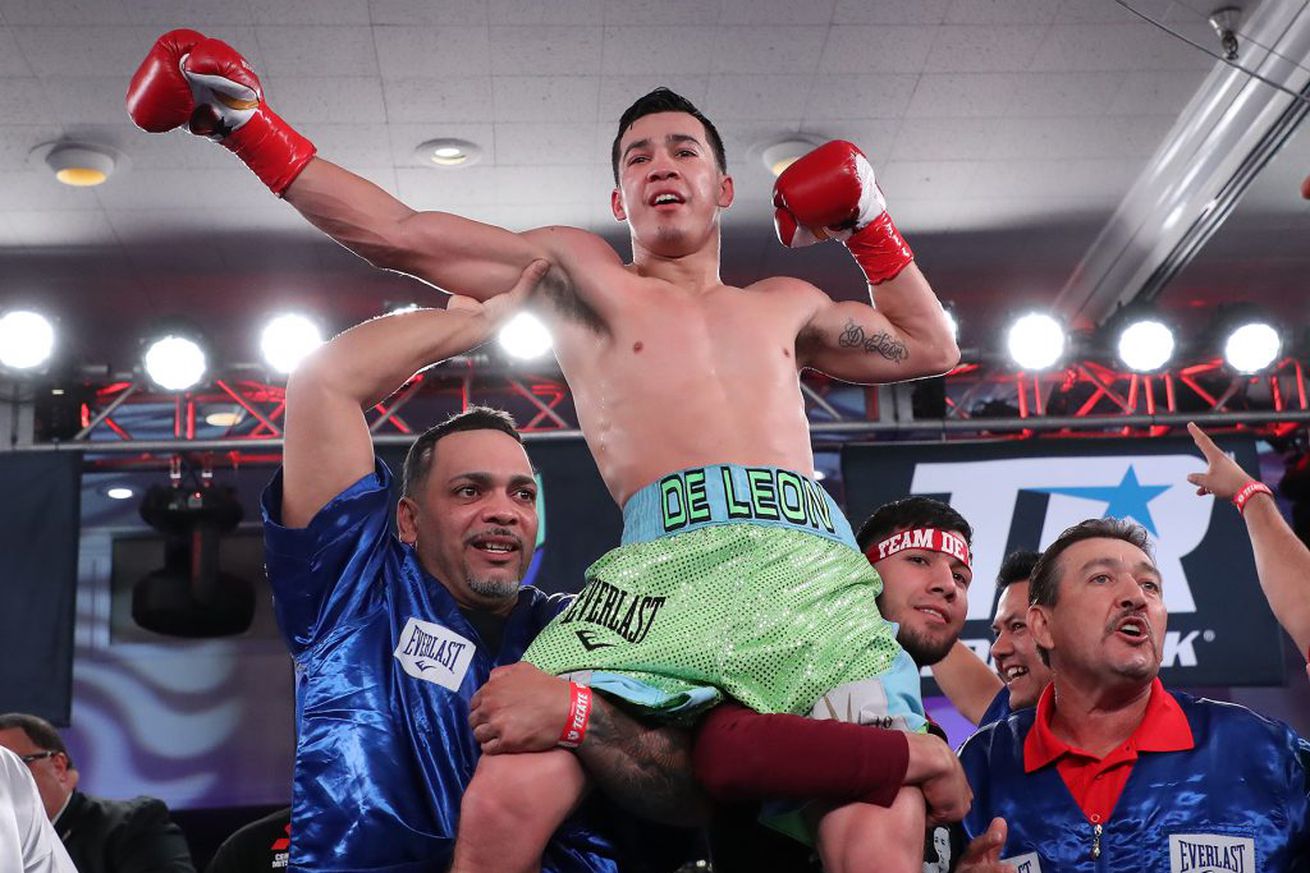 The prospect faces the veteran on the Lopez-Nakatani card.

Super featherweight prospect Erick De Leon will take on gritty veteran Jason Sosa in a July 19 match, which will air on ESPN’s card headlined by Teofimo Lopez vs Masayoshi Nakatani.

De Leon (19-0-1, 11 KO) has been around on Top Rank cards for years now, steadily beefing up his record. After 2017 wins over Jose Salinas, Daulis Prescott, and Adones Aguelo, De Leon was matched un a prospect vs prospect fight against Andy Vences in March 2018, which ended in a majority draw after 10 rounds.

Four months later, De Leon survived a first round knockdown to win a clear decision over Adrian Yung in New Orleans, and most recently fought on March 23, stopping Jose Luis Gallegos in seven rounds on the Pulev-Dinu card.

At 27, it’s getting close to time for De Leon to step up for real, and Sosa (22-3-4, 15 KO) is a nice choice for that sort of career move, as the New Jersey native is the sort of fighter who can tell you if someone is legit or not.

Sosa, 31, got a chance on HBO back in Dec. 2015, and came out of it with a draw in a fight most believed Walters should have won. But he took that exposure and worked i into a shot at WBA “world” 130-pound titleholder Javier Fortuna in June 2016, and went over to Beijing and pulled off a big upset, stopping Fortuna — who led on the cards and had knocked Sosa down in the fifth — in the 11th round to take the belt.

After a defense against Stephen Smith in Nov. 2016, Sosa was matched with Vasiliy Lomachenko in April 2017 and gave up on the one-sided fight after nine rounds. He then lost a majority decision to Yuriorkis Gamboa, a fight most felt Sosa deserved to win. He’s won a pair of lower-level fights since then, most recently winning in January on the Jennings-Rivas undercard, a fight where both he and journeyman Moises Delgadillo were down, then went the 10-round distance.

I like the matchup. De Leon needs a test and Sosa is the type of guy on paper who can give him one, always tough, always game. A win puts De Leon into the conversation at 130, and on the other side a win puts Sosa solidly back into the same conversation.