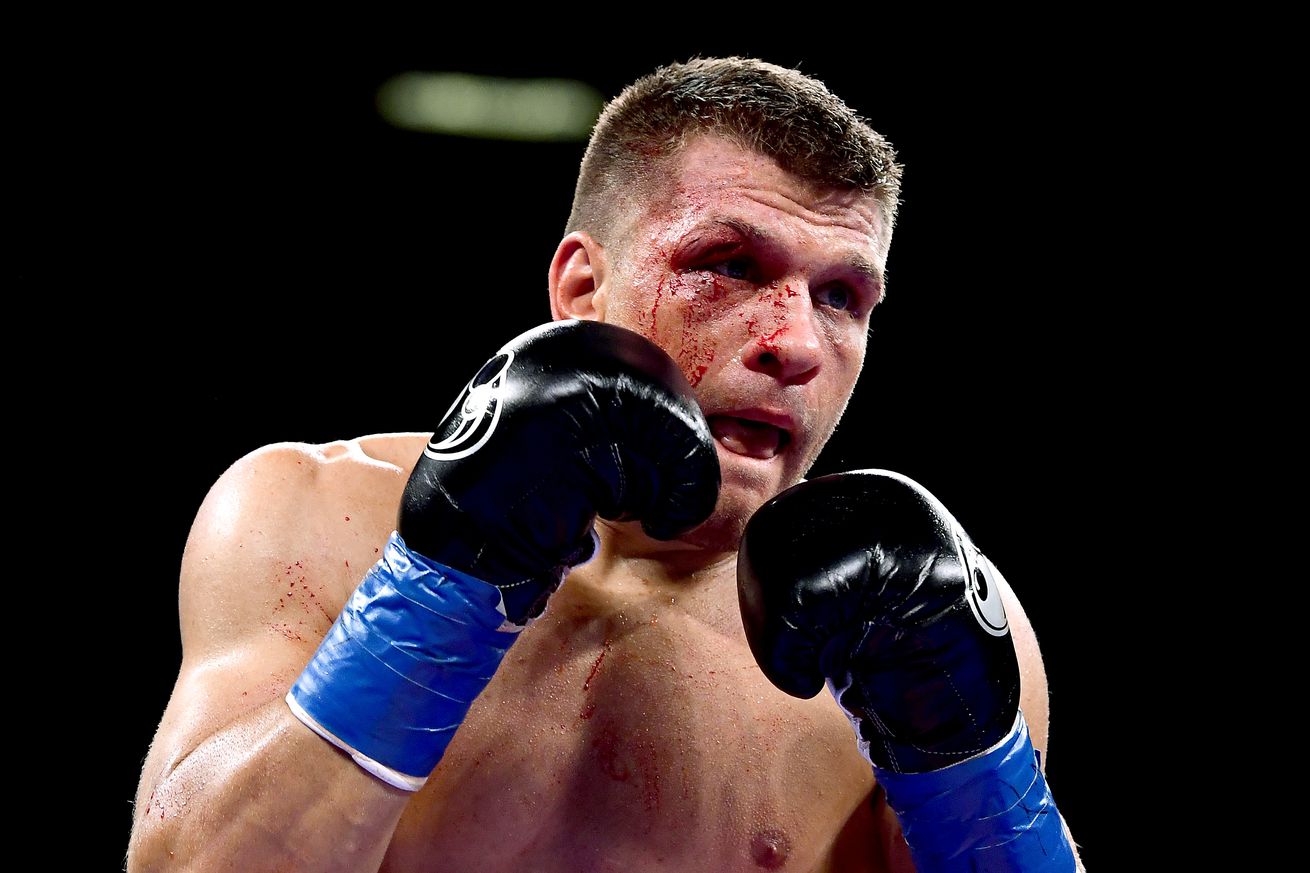 The Ukrainian contender goes for a belt again on Saturday against Jermall Charlo.

Saturday night’s Showtime PPV has a true double main event coming our way, with Jermell Charlo and Jeison Rosario unifying three titles at junior middleweight, and also Jermall Charlo defending the WBC middleweight title against Sergiy Derevyanchenko. You can debate which is the better matchup, but the neat thing is they’re both actually really good fights.

Derevyanchenko, the 34-year-old “Technician” from Ukraine, will be trying for the third time to win a middleweight strap. He fought Daniel Jacobs for the vacant IBF belt in Oct. 2018, losing a split decision in New York. The same belt was vacant again a year later, and he dropped a razor thin decision to Gennadiy Golovkin, also in New York.

The opportunity against Charlo (30-0, 22 KO) may be hist best to date. The 30-year-old Texan has built up a bit of name value over the years, and has claimed world titles in two divisions, but there is the lingering belief from many that he hasn’t truly been tested as a middleweight, and his claim to the WBC title really only comes from Canelo Alvarez being so popular that the WBC didn’t want to force the Mexican star into mandatory fights, so they “elevated” him to the made-up position of “franchise champion.”

None of that is to say that Charlo can’t fight, but since moving to 160 in 2017, his opposition has been Jorge Sebastian Heiland, Hugo Centeno Jr, Matt Korobov, Brandon Adams, and Dennis Hogan. A lot of people saw his 2019 as something of a lost year, facing Adams and Hogan in matchups that excited nobody, and some wondered if Charlo having a bit more struggle against Korobov (a short-notice opponent) in Dec. 2018 had something to do with that.

The majority feel Derevyanchenko (13-2, 10 KO) is a big step up for Charlo, and will serve as a sincere test of the American at 160.

“I’ll definitely be his toughest test at middleweight,” said Derevyanchenko. “Jermall has never faced anyone like me. I’ll apply more pressure than he’s used to. He’s also never faced anyone with my footwork. I’ll fight more on the inside than his previous opponents.”

Derevyancheno may have the two losses, but either fight could have gone either way, and that’s not just talk. It wasn’t hard to score one or both of those fights for Derevyanchenko, who was the B-side on both occasions and thus a little less likely to nick close rounds, which is just a harsh reality of boxing most of the time.

Fighting at that level has left Derevyanchenko confident that Charlo won’t show him anything he hasn’t seen.

“Golovkin is a very different fighter than Charlo, but Jacobs is similar stylistically, so that’s something I’ll be used to,” said Derevyanchenko. “This training camp has been very similar to camps for my previous fights, though. We just brought in different sparring partners for this one. We’re using fighters who can show us what Charlo will bring to the ring.

“We’re making necessary adjustments based off all our experience and developing a game plan specifically for Charlo. The sparring partners have been giving me great work and I’m absolutely ready for Sept. 26.”

One thing Derevyanchenko will want to avoid is another slow start. He was dropped in the first round by both Jacobs and Charlo, and the knockdowns were costly each time.

“I’ll be very focused in the early rounds against Charlo, we’re not dwelling on the past,” said Derevyanchenko. “We always have an eye looking forward. I’ll try to get the win faster against Charlo, so we’ll be applying more pressure early.

“Those first round knockdowns were just brief moments in those fights. I quickly moved on, put them behind me and fought my way back into it. I told myself that I may have lost the first round, but I just had to be better in the remaining rounds.”

“The Technician,” trained by Andre Rozier, has said repeatedly now that he’s not going to concern himself with the judges, either, still believing his ability is enough to get him the decision, even if he’s fallen barely short on the cards twice in this type of fight.

“I’m not solely focused on the fight going one certain way, we just have our game plan and we’ll see what happens in the ring,” said Derevyanchenko. “If I can knock him out, I’ll be ready to go for it. But if it goes 12 rounds, I have all of the skills to win a decision.”