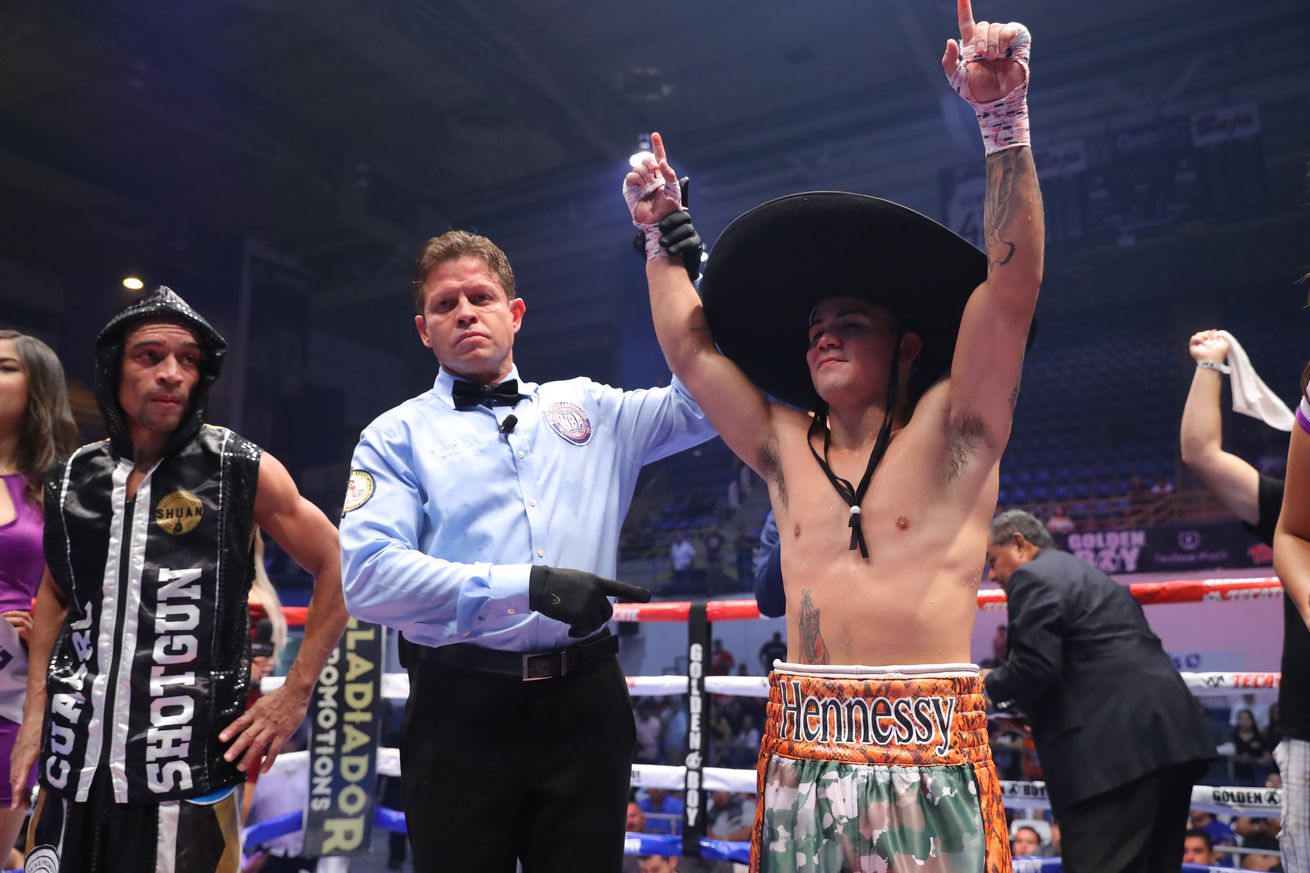 Farmer has not yet received an offer

The ongoing negotiations between Tevin Farmer and Joseph Diaz Jr. have cleared a hurdle, as the latter recently announced that he’s accepted an offer to face the IBF super featherweight champion in Miami on January 30th.

It’s official! I accepted the offer to fight Tevin Farmer for the 130-pound title on January 30 in Miami, three days before Super Bowl in South Beach @GoldenBoyBoxing @DAZN_USA @TevinFarmer22, take care of my belt for the remaining time you have it

Farmer quickly chimed in to clarify that the fight is not yet done, though; according to Mike Coppinger, he expects to receive an offer from Eddie Hearn by the end of the week.

Tevin Farmer vs JoJo Diaz is not a done deal.

I do hope this comes together; Farmer (30-4-1, 6 KO) remains in need of a signature victory after four successful title defenses and Diaz (30-1, 15 KO) needs to re-establish himself as an elite after falling short against Gary Russell Jr. last year.

As of now, there’s still no word on Daniel Roman-Murodjon Akhmadaliev or Juan Francisco Estrada-Kal Yafai, which were rumored to take place on the same card. We’ll keep you all appraised of any developments in the coming weeks.