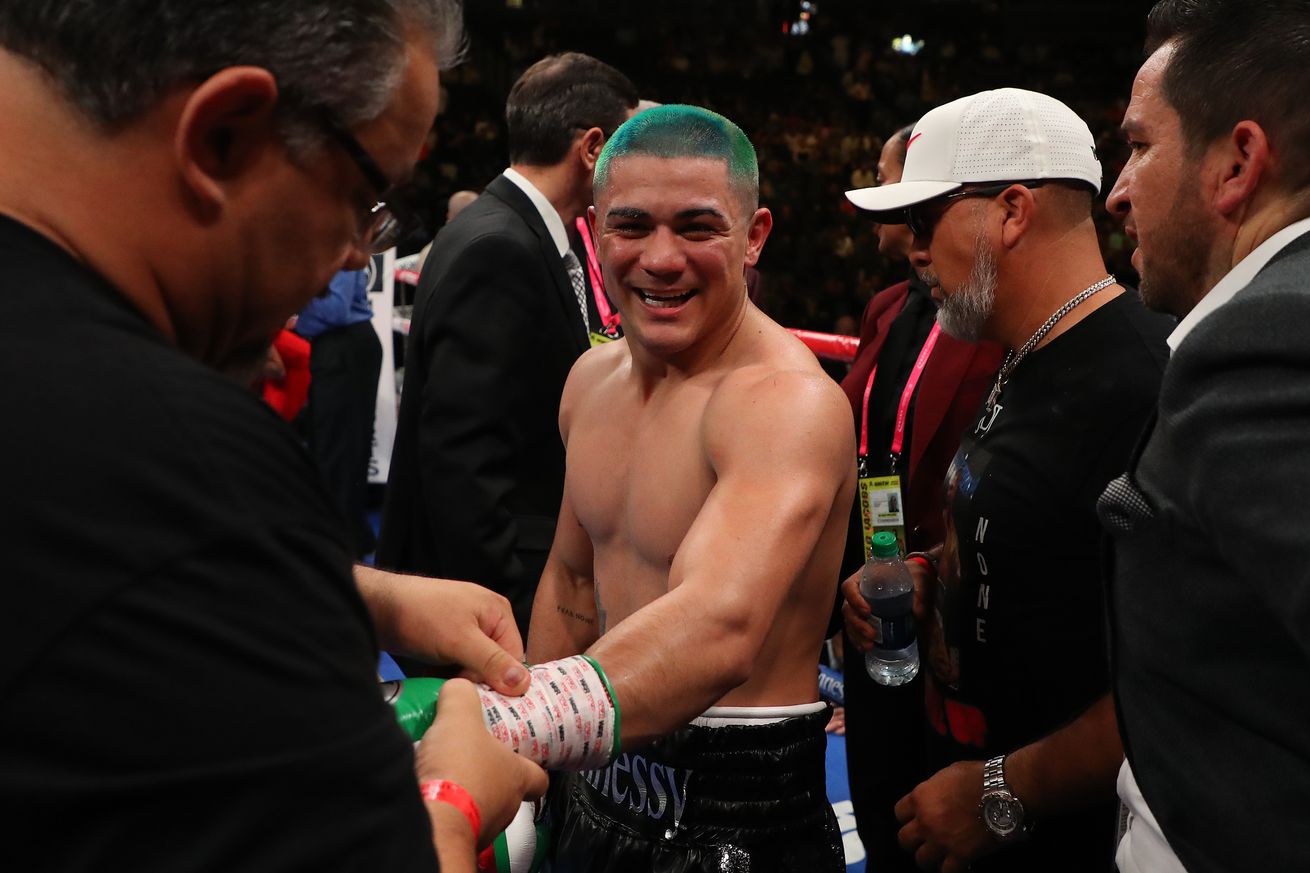 “JoJo” is the latest Golden Boy fighter to speak out and voice his displeasure with his promoters.

It hasn’t been the best year for relations between Golden Boy and some of its fighters. Ryan Garcia and the promotional company had an ugly, public spat, which ended in a renewed contract between the parties, which wound up OK for the time being. But then Andrew Cancio criticized Golden Boy, and after two big wins over Alberto Machado, he was released from the company following a loss to Rene Alvarado.

Even their biggest star by far, Canelo Alvarez, has had issues with the company, though they’ve been less public than Garcia’s or Cancio’s.

Now you can add Joseph Diaz Jr to the list of fighters going public with criticisms of GBP. Asked how he felt working with themduring an appearance on SiriusXM’s Fight Nation, Diaz opened up:

“I would say not too happy, not too happy, man. I would say after the Gary Russell fight they didn’t really promote me or do anything as much as they should. … With Jesus Rojas, they had me fighting on Facebook Watch, a brand new network where hardly anybody is going to be watching that. I had a good purse with Gary Russell Jr and with Jesus Rojas I had a really shitty purse, and I accepted it because I knew that I had lost and that I had to work my way up.”

Being fair, let’s look at what Golden Boy has done with Diaz recently.

Diaz (30-1, 15 KO) challenged Russell for a featherweight title in May 2018, losing a decision. That was a fight where Golden Boy worked with another team — in this case PBC — to give their fighter the best fight he could get. He was then given, by his own admission, another “world title” fight against Jesus Rojas three months later, as Rojas held the WBA’s secondary featherweight title.

Diaz talks about the “shitty purse” and complains about being on Facebook Watch, which are certainly fair things to complain about, more meaningful than them lining him up for a paper title fight — for which Diaz missed weight, for the record, though he did win the fight.

“JoJo” moved to 130 next, and this year rattled off wins over Charles Huerta, Freddy Fonseca, and Jesus Cuadro. The Fonseca fight was on the Canelo-Jacobs undercard on May 4, but the most recent outing was another Facebook Watch main event, this time with Diaz struggling way more than expected against what was thought to be an overmatched opponent. Perhaps he just really hates Facebook Watch.

Right now, Diaz is set to challenge Tevin Farmer for the IBF junior lightweight title on Jan. 30, part of DAZN’s Super Bowl Thursday card from Miami. That’s a fight Diaz talked about all year, and now he’s got it.

I am certain Diaz has valid complaints, but more than anything this seems like a fighter who believes he’s a bigger star — at least potentially — than his promoters might.

Maybe Diaz is thinking “squeaky wheel” here; if he voices his displeasure and beats Farmer, maybe he gets a hot new deal like Garcia did. But if he loses, he might find himself looking for a new promoter without the momentum you’d prefer to have in that situation, much like Cancio is now.