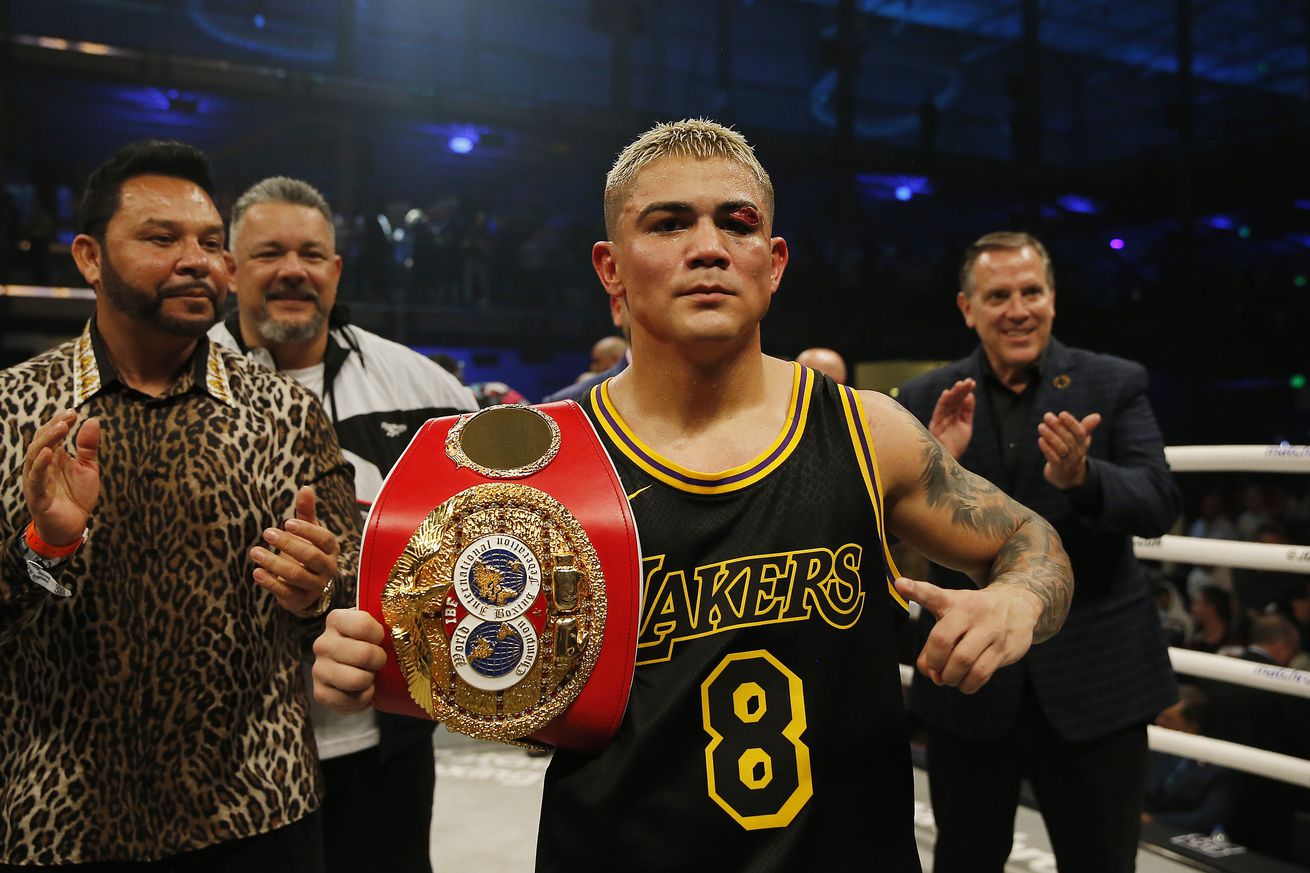 The IBF titlist wants to be the one to put the former three-division titleholder out of the sport.

Joseph Diaz Jr got over the hump on Jan. 30 in Miami, taking the IBF 130-pound title from Tevin Farmer with a career-best performance.

While a rematch with Farmer is almost surely going to happen at some point — provided neither of them lose fights in the interim — Diaz sounds completely set on fighting Abner Mares, who hasn’t fought since a 2018 loss to Leo Santa Cruz, and had to scrap a bout in early 2019 with Gervonta Davis due to an eye injury. Mares was cleared to train again after surgery, but we’ve seen fighters try to come back from similar injures — Israel Vazquez and Antonio Margarito in recent years — and they didn’t go well.

Diaz recently Tweeted that he wanted to retire Mares, and when asked about that by Golden Boy’s Jess Rosales, he doubled down, but expressed sincere respect for the former three-division titleholder, too.

“I actually do want to retire Abner Mares. I know that Abner Mares is a big-time guy in the boxing world, and he’s a really, really known fighter, and he’s a great fighter. He’s a three-time world champion. He don’t have a belt right now, but he’s wanting to make a comeback,” Diaz said. “A lot of people are counting him out because of his eye problems, but he says he’s 110 percent ready to go again and wants to fight the big names. With me, I’m the type of person that wants to fight the best. I want to give these fight fans really, really great fights. So let me be the one to retire him.”

Diaz also reiterated that he thinks the fight could sell out Staples Center in Los Angeles, which is a pretty huge goal and right now isn’t even possible because we’re not going to see a packed venue anywhere in the United States for the foreseeable future. Even if fans are allowed to attend events again by the end of the year, you’d think venues won’t be opening to full capacity.

But that’s a promotional concern. As far as the fight goes, Diaz doesn’t think Mares — or anyone in the division — can beat him at this point.

“I don’t think he has any chance, no chance at all. I think Abner Mares is a really, really great fighter, don’t get me wrong,” he said. “I looked up to him growing up, when he was in his prime and I was still up-and-coming. I was, like, ‘Man I wanna be like Abner Mares.’ I know that he’s a very, very talented fighter and has a lot of experience inside the ring, but right now, I’m just on a whole other level. I’m a beast as far as mentality and physically right now. I feel like I’m untouchable. It’s gonna start showing every time I step inside that ring now.”