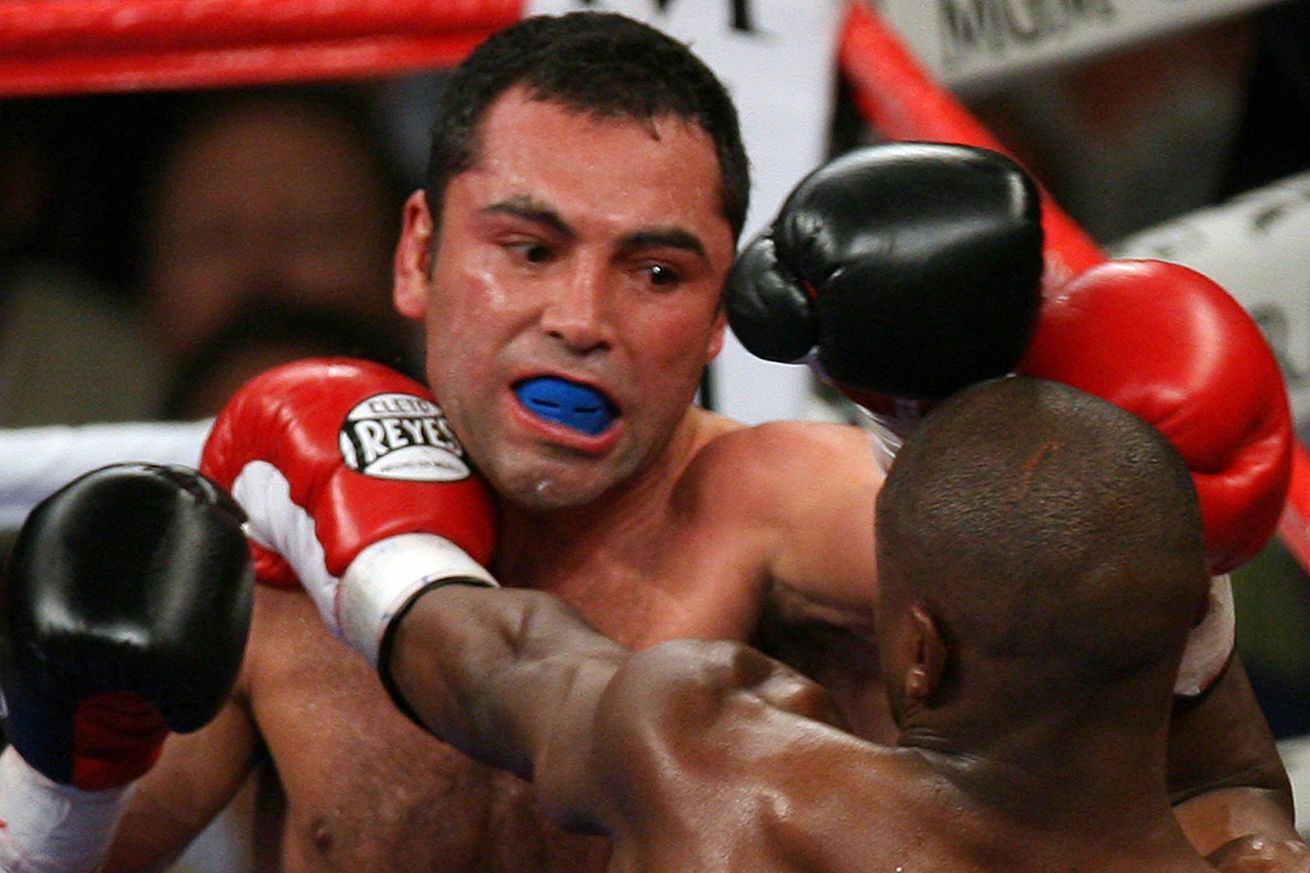 The Hall of Famer discusses some of his toughest opponents.

Golden Boy promoter Oscar De La Hoya took some time to reflect on his career and answer some questions about opponents who stood out to him now that he’s looking back on it. Check out who De La Hoya rated among the best he’s ever been up against.

De La Hoya on the best body puncher he went up against:

On the fastest fighter he ever faced:

“It was a good fight, it was a very emotional fight. It was one of those events that will obviously never forget. I will always appreciate who I went up in the ring with, including Manny Pacquiao, including Floyd Mayweather, including the very best of my era. I was very proud of my whole career, win or lose.”