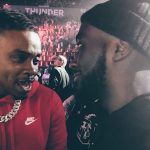 HOW TO MAKE CRAWFORD-SPENCE

Now that Bud has defeated another 10-1 underdog, it’s time to discuss the possibility of Crawford-Spence again. While it’s always an obstacle to make these promotional crossover fights, I feel like there is a real opportunity here. Top Rank and PBC could use this to start a yearly cross-promotion event. Once a year, Top Rank and PBC would put together an entire card of cross-promotion championship fights and then they could charge $100 for the PPV.

The 2021 card could be Crawford-Spence, Gervonta Davis-Berchelt, Inoue-Nery, and Navarette-Gary Russell. If you could get 1 million buys, that would be ~$50 million to distribute, not including gate receipts (hoping that will be a thing in 2021). Maybe that wouldn’t be enough money to get Davis-Berchelt on the card, but it should be enough to make the other 3 fights. So, is something like this possible? And if so, could these guys work together and turn it into a yearly event? – Ryan

Is a cross-platform/co-promotional PPV event like that possible? Yes. Would the network and boxing powerbrokers work together to make it happen? Hell no.

The good folks of the PBC know that Terence Crawford and Bob Arum aren’t on good terms (just like everyone else in boxing) and will likely part ways before the three-division titleholder’s contract expires next October. So, why work with Top Rank and ESPN to make the big Spence-Crawford showdown when Bud will soon be a free agent? A rational answer to that is so the fight can be made sooner rather than later and because the cross-platform promotion will help make it a bigger, more successful event. However, you gotta share profits and control when you do co-promotions, and while sharing is caring, mother f__kers in boxing don’t care about s__t! LOL.

I envision the PBC playing the long game, pitting the Spence-Garcia winner vs. Keith Thurman or Shawn Porter and the winner of that fight would take on Crawford once the Nebraskan is available to come to FOX PPV. (And if that happens, hopefully boxing will be treated to round robin of the PBC welterweight mainstays, Crawford and maybe Pacquiao for one or two fights.)

The 2021 card could be Crawford-Spence, Gervonta Davis-Berchelt, Inoue-Nery, and Navarette-Gary Russell. Damn! Now that’s a lineup that would make Don King proud! I’d gladly pay for it.

If you could get 1 million buys, that would be ~$50 million to distribute, not including gate receipts (hoping that will be a thing in 2021). I wonder if it would garner 1 million buys in the current U.S. economical climate. Crawford and Spence are at the top of the boxing world, but they’re not exactly household names among general sports fans.

Maybe that wouldn’t be enough money to get Davis-Berchelt on the card, but it should be enough to make the other 3 fights. Yeah, I get the impression that Mayweather Promotions views Tank as a PPV headliner, not part of a supporting cast (unless Floyd is the main event). I think Inoue-Nery could be made (at 118 or 122) and that’s an excellent matchup, but I doubt Russell has any interest in unifying 126-pound belts vs. Navarette. He’s looking for major paydays and much bigger names (in heavier weight classes) at this stage of his career.

I’ve been reading your Mailbag for a long time and it is great. So, the WBC wants to create the “bridger” class between cruiserweight at 200 and heavyweight at unlimited. I’ve often thought about how the Olympics is 220 pounds for super heavyweight and 200 for a heavyweight. I’ve also thought about how much money these belt companies make and how much they want to promote whatever the latest belt is. I think their argument was that Wilder lost to Fury because Fury was 40 pounds heavier. The problem with that thinking is that Wilder knocked out almost everybody and even knocked down Fury and almost out in their first fight and he was bridgerweight at 224 or less. Maybe someday if guys get even bigger than they are now we will need a bridger class. But right now I think Wilder would kill these guys.

Also, what do you think about the upcoming clash in England November 28th, Daniel Dubois vs Joe Joyce, the latter being the 2016 boxing super heavyweight Olympic silver medalist and Dubois being the future of heavyweight boxing it appears?

Thanks for the mail bag twice a week. God Bless. – David Weaver Dubois-Joyce is a heavyweight showdown Dougie is hyped for. Photo courtesy of Queensberry Promotions

Is Dubois “the future” of the heavyweight division? He’s got the talent and the look of a potential world-beater, but only time will tell for sure. This showdown with Joyce should answer a lot of questions about his skills, stamina, chin and resourcefulness. I’m really looking forward to it. Dubois is the faster, more fluid athlete, but Joyce, who had the more extensive amateur background, is more mature and could be physically stronger.

So, the WBC wants to create the “bridger” class between cruiserweight at 200 and heavyweight at unlimited. Yup, and don’t try to talk them out of it.

I’ve also thought about how much money these belt companies make and how much they want to promote whatever the latest belt is. Hey, don’t knock the hustle. If the fighters, managers and/or promoters want to pay the sanctioning fees, and if the networks embrace and promote the various titles, how can we tell the organizations NOT to keep doing what they’ve been doing for decades?

I think their argument was that Wilder lost to Fury because Fury was 40 pounds heavier. I’m sure size was a factor, but so was Fury’s ring IQ/generalship and head games (which appear to have really done a number on poor Deontay). Lennox Lewis weighed-in 25 pounds heavier than Evander Holyfield for their rematch, but the smaller heavyweight still took it to him for 12 rounds. (Photo by MIKE NELSON/AFP via Getty Images)

The problem with that thinking is that Wilder knocked out almost everybody and even knocked down Fury and almost out in their first fight and he was bridgerweight at 224 or less. Wilder’s a phenomenal puncher and power is a great equalizer in the ring. Mike Tyson annihilated or dominated opponents that weighed 10-30 pounds more than he did. Of course, Tyson had more than speed and power. Iron Mike had sick technique. My point is that a special talent (or special competitor like Evander Holyfield) is often going to overcome size disadvantages in the ring.

Maybe someday if guys get even bigger than they are now we will need a bridger class. But right now I think Wilder would kill these guys. Sure, unless the “bridgerweight” is a special talent/competitor like Usyk. Wilder vs. Usyk would be a fascinating matchup, but neither would want to fight for a bridgerweight belt.

Been a fan since the Maxboxing days (still have the t-shirt). After watching Bud recently, I have two mythical matchups for you:

Appreciate your time and thoughts. – Hugo

King Kostya by close, maybe majority decision in very good match that begins tactically but ends in a crowd-pleasing fight.

Crawford by close unanimous decision over the 1997 version of Pea, who’s still sweet but not sharp enough evade or intimidate a fellow ring chameleon who is at his peak.

WHAT IF TYSON WASN’T PART OF HBO’S TOURNAMENT?

With Mike Tyson still featuring in headlines and boxing debates, here’s a question for you.

How do you think the HBO heavyweight unification tournament of 86/87 would’ve played out if Tyson hadn’t been around?

I’m not sure who the top contender for the WBC was after Pinklon Thomas lost to Berbick so I’m going to guess he’d have gotten a rematch? Obviously, this is a tricky one to find out if not and has an impact on the overall tournament.

If Thomas landed a rematch, then I’d pick him to get revenge against Berbick, then edge Bonecrusher Smith, and then lose a very close one to Tony Tucker, making Tucker the unified champ. Would love to hear your take on this. – Paul

Thomas probably would have landed the rematch with Berbick if there was no Mike Tyson to get that shot at the WBC title immediately after Berbick scored the upset. The unanimous decision that Thomas lost was a close one (115-114 and 115-113 twice). I think a motivated Thomas not only evens the score with Berbick, but also outclasses Smith and narrowly outpoints Tucker. I know TNT was a gifted athlete (with more natural talent that Thomas), but he was largely untested before entering the HBO heavyweight series with his fight against Buster Douglas for the IBF title that Michael Spinks vacated (or maybe he was stripped for fighting Gerry Cooney, I can’t recall, but I bet on the Jinx to win that one). Thomas could be a hot-and-cold fighter (and he shared the drug problems that plagued so many of the gifted big men of the 1980s, including Tucker), but he was battle-tested against quality contenders, including Tim Witherspoon, Mike Weaver, Gerrie Coetzee and James “Quick” Tillis.

Both Tucker and Thomas were well-schooled, both had solid boxing fundamentals. Tucker had better footwork, but Thomas had heavier hands in my opinion. Both had excellent jabs. I think Angelo Dundee in Pinklon’s corner helps push his veteran over the finish line of a hotly contested 12-rounder.

I’m in the UK so this email is coming before Crawford v Brook and after Katie Taylor’s win. Thought it might have got stopped earlier but Gutierrez held on.

While waiting on the fight coming on, my friend has just put on Mayweather v Hatton. The ref wasn’t as bad as I thought. Mayweather won that fairly. I now feel Hatton not being able to fight on the inside is a bit of a myth.

In the spirit of old fights of the post-2000, I’ve requested Hopkins vs Tito next on YouTube and claimed it better than any of Mayweather’s wins north of 135.

It may be hyperbole. So, what are the best wins for you of that era, at that level? Thanks. – Doug

The same year that Hopkins outclassed Trinidad, Mayweather dominated Diego Corrales, Marco Antonio Barrera schooled and embarrassed Naseem Hamed, and Kostya Tszyu sparked Zab Judah. I can’t put one performance over the other. They were all very special and I was fortunate to be ringside (on press row) for all of them.  I was ringside for half of the following: