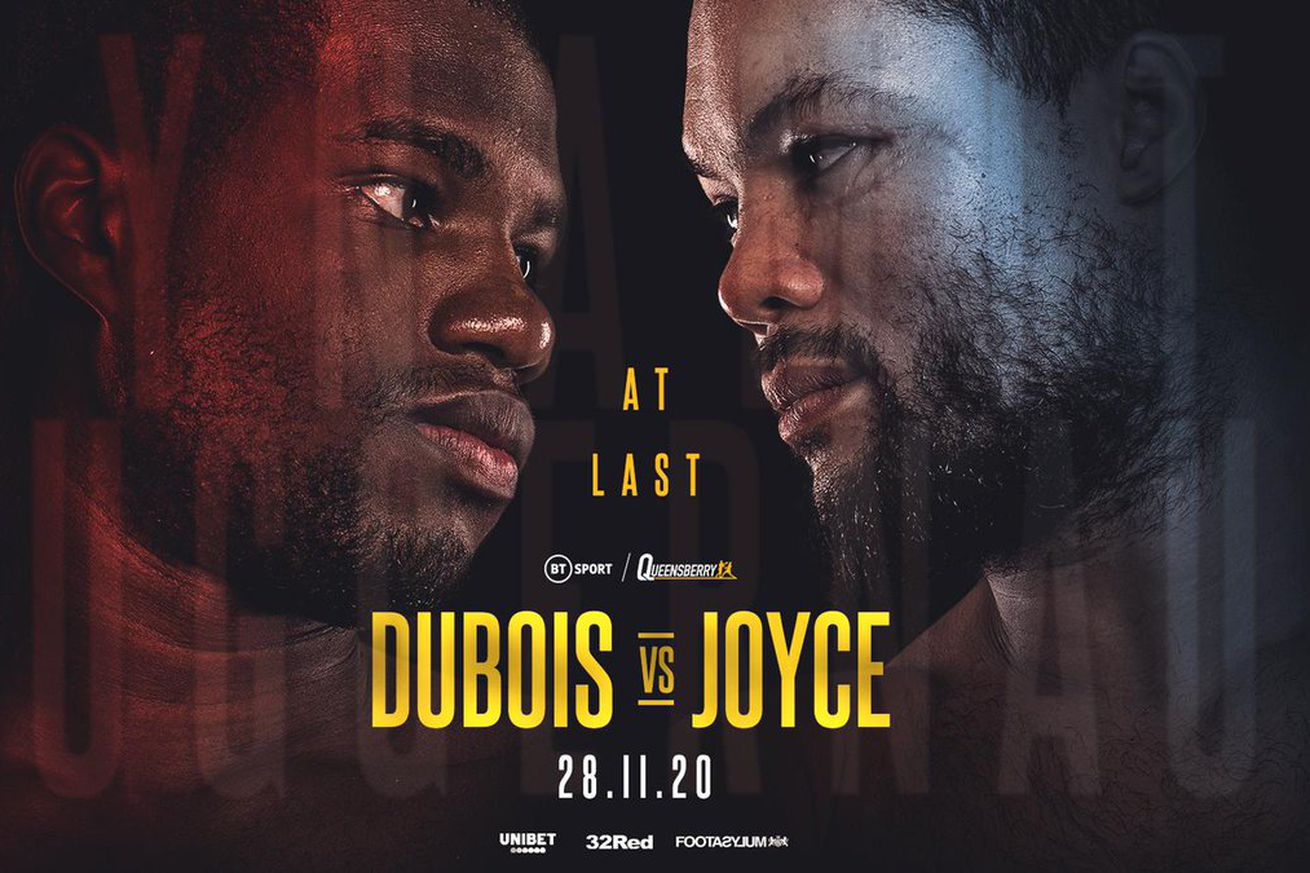 The pair first planned to meet in April

At last, this date is OFFICIAL

Frank Warren explained his decision to keep the fight off of PPV:

“This is about keeping boxing alive and relevant at a tough time and doing something for the fans and we have moved heaven and earth to put this on as a BT Sport subscription Fight Night instead.”

“With boxing still being behind closed doors and struggling back to its feet post-Lockdown, I wanted to give something of a gift to British boxing fans. Dubois versus Joyce is the best fight on the British boxing calendar and I want this to be something as many people as possible can enjoy. It’s a bonus that the added exposure gained from the fight will really help the boxers as they move forward with their careers.

“Above all, this is about making sure that the fans are looked after and this fight will be available to BT Sport subscribers. Queensberry and BT Sport are looking forward to delivering a huge night of boxing, so let’s make sure the eyes of the country, and the world, are on British boxing come November 28th.

“I sound like a broken record I’m sure, but sometimes you have to put the sport and the fans first. Queensberry gets that and BT Sport gets that. ‘For the fans’, it’s what it’s all about.”

This matchup, originally intended as a major stadium event, bounced from April 11th to July 11th to October 24th before finally landing on the final date. Dubois (15-0, 14 KO) and Joyce (11-0, 10 KO) each scored stay-busy knockout wins during the summer.

This is, as it has been since the beginning, an excellent matchup between genuine finishers. In terms of competitiveness and potential for entertainment, it’s the best heavyweight fight on the schedule. It’s presently uncontested on the 28th, as it will air before Showtime’s Chris Colbert-Jaime Arbeloda card, but Eddie Hearn has talked about staging Billy Joe Saunders’ next title defense on that date, so we’ll see what happenes.