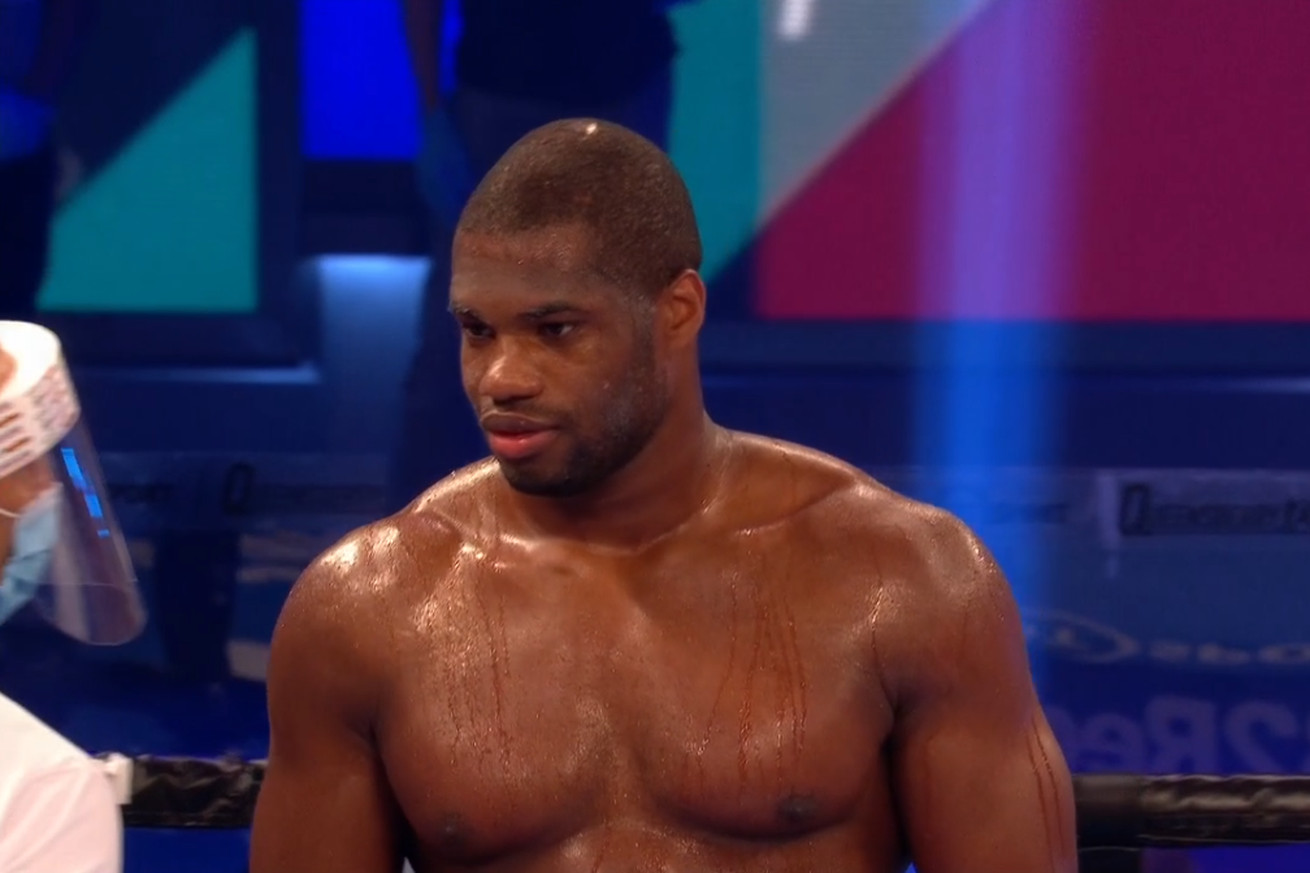 Daniel Dubois had no trouble as expected, and Sunny Edwards and Sam Maxwell were among the night’s other winners.

Dubois (15-0, 14 KO) dropped Snijders (18-2, 8 KO) three times in the first round, but referee Marcus McDonnell let the round end, which made for the rare 10-6 round on the score cards that nobody was going to need. Body work was the weapon today for the 22-year-old Dubois, as he did most of the real damage on a single left hook that put Snijders, 26, down the first time, after which the Dutch fighter never really recovered, but did bravely try to keep going.

After a fourth knockdown early in the second, Snijders indicated to McDonnell that he’d had enough, and the referee stopped the fight. Official time was 0:20 of the second round.

Dubois will now, in theory, move on to a date with Joyce (11-0, 10 KO), the former Olympic silver medalist. “The Juggernaut” will turn 35 in a few weeks, and it’s time for him to get a move on if he wants to be a legitimate world title challenger, and a fight with Dubois makes for a very intriguing domestic showdown in the UK, with world title hopes not officially on the line but certainly in the balance.

That said, don’t mark it on your calendars just yet, perhaps, as promoter Frank Warren has been adamant about not doing that fight without a paying live audience, and that doesn’t seem like it’s going to be in the cards by the target date of Oct. 24. He may get enough pressure and/or money from BT Sport to put the fight on in the end, or Warren’s mind may simply change out of necessity of needing to do a good, higher-end fight, but we’ll see.

Edwards certainly did his best work here when he kept moving and boxing, putting the onus on Essomba (10-6, 4 KO) to make it something more than that. Essomba, 32, did have some moments of success, particularly in the fourth through sixth rounds, when Edwards gave trading a go and figured out it was basically the only way Essomba could really give him any significant trouble.

It also looked like Edwards suffered a leg injury toward the later part of the fight, but the U.S. broadcast got no actual confirmation of that.

A good fight and a good win for Maxwell, who is now 14-0 (11 KO) but is also 31 years old, didn’t turn pro until 28, was a good amateur but no international superstar or anything. He’s got skills and some pop in his right hand, but Hughes, a former European champ at 140, was a very nice test for him, and provided what Maxwell needed to move forward with a meaningful step.

Hughes (17-6-1, 7 KO) has probably peaked in his pro journey, as he’s 30 now and it’s hard to see him doing anything he hasn’t already done, but he’s still a competitive guy most nights, and against solid opponents. He’s 2-4 in his last six and has dropped three straight, but the losses have all been to good fighters. He still gets in there and competes and is a valuable guy on the domestic and European scene. This was not at all an easy win for Maxwell, who should now be looking toward a British, Commonwealth, or even European title fight at some point in the near future. He’s as good as he’s getting, more likely than not, and it’s probably time to give it a whirl.