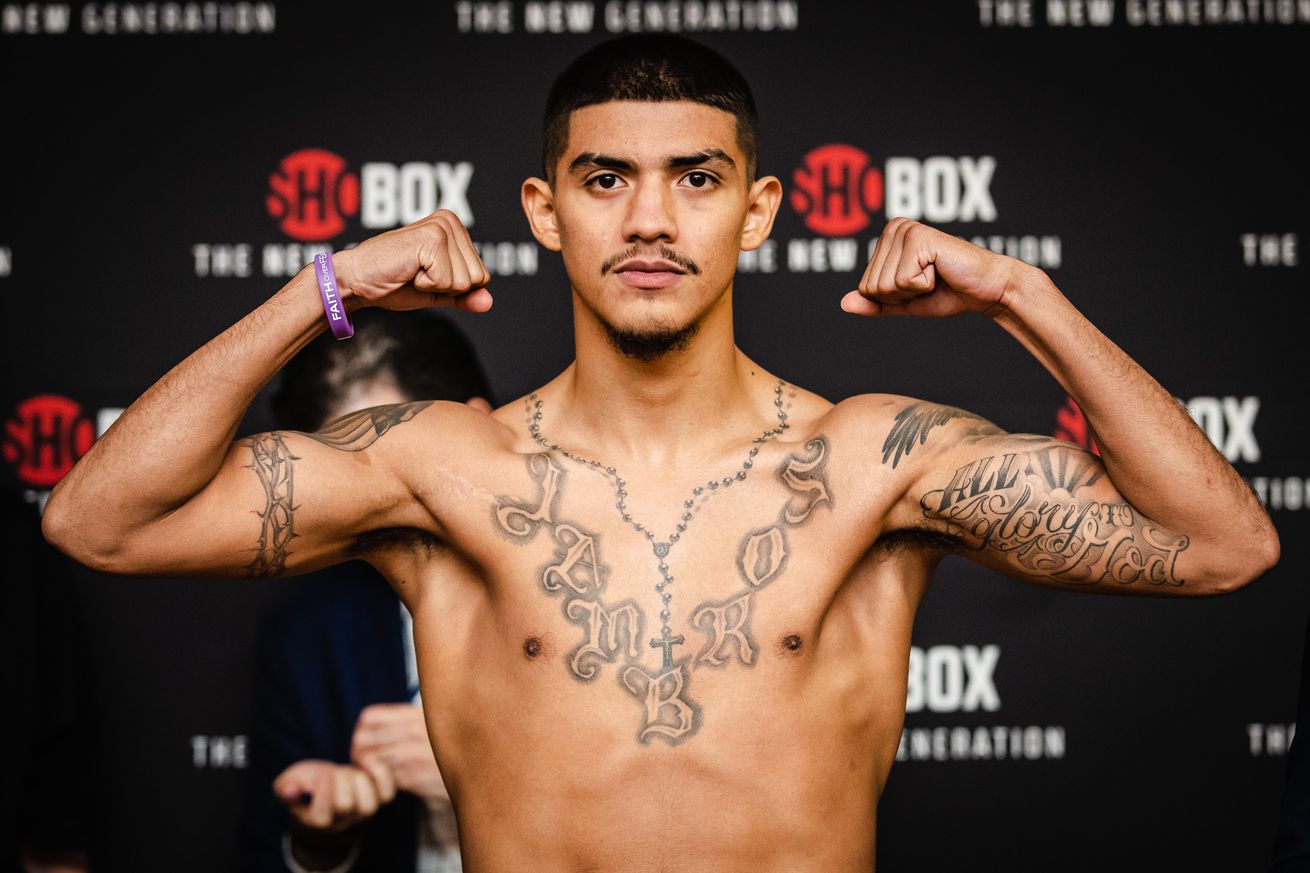 Thompson’s 3.2.1. Boxing series returns on another Sunday to kick off November.

This one won’t be a $5 PPV, but available free and live on ThompsonBoxing.com, plus the promoter’s YouTube and Facebook pages. The show will air live at 7 pm ET on Nov. 1, and should make for a nice little next-evening showcase after what’s going to be an insanely big Halloween of action, featuring Usyk-Chisora in the afternoon, and now both Inoue-Moloney and Davis-Santa Cruz in the evening.

out-pointed Jorge Marron Jr over eight rounds at the same venue, on the same series. That was a bounce-back for him, after he was upset by Thomas Mattice in a ShoBox main event in Sept. 2019, just as he was looking like a potential breakout star on that series.

Mendez (16-7-3, 11 KO) figures to be a pretty safe next tune-up, in all reality. The 30-year-old “La Tormenta” has lost five in a row to Sonny Fredrickson, Jonathan Navarro, Yomar Alamo, Javier Molina, and Julian Rodriguez, but that’s sort of been his new role in the sport, a prospect checker or someone who will give a guy like Molina or Fredrickson rounds when they need to stay fresh. As a prospect checker, he did upset unbeaten Gilberto Espinoza on a Thompson show in 2018, and he’s a veteran of their shows from the DoubleTree in Ontario, Calif., so the Thompson team know him well.

Dutchover-Mendez will be an eight-round fight.

In the six-round co-feature, junior middleweight prospect Richard Brewart Jr (7-0, 3 KO) will face Louis Hernandez (8-0-1, 6 KO). The 22-year-old Brewart is another DoubleTree vet, as six of his seven pro fights have been in that venue. He’s got some promise. Hernandez, 26, is fighting out of Jackson, Miss., and has gone to Puerto Rico for a couple of fights, too, including a bit of an upset over Jeffrey Flaz in Dec. 2019.

In the opener we’ll have a junior featherweight bout set for four rounds, with Alexis Alvarado (1-0, 1 KO) taking on a debuting Lazaro Vargas. Both fighters are from California, Alvarado from La Puente and Vargas from Indo.