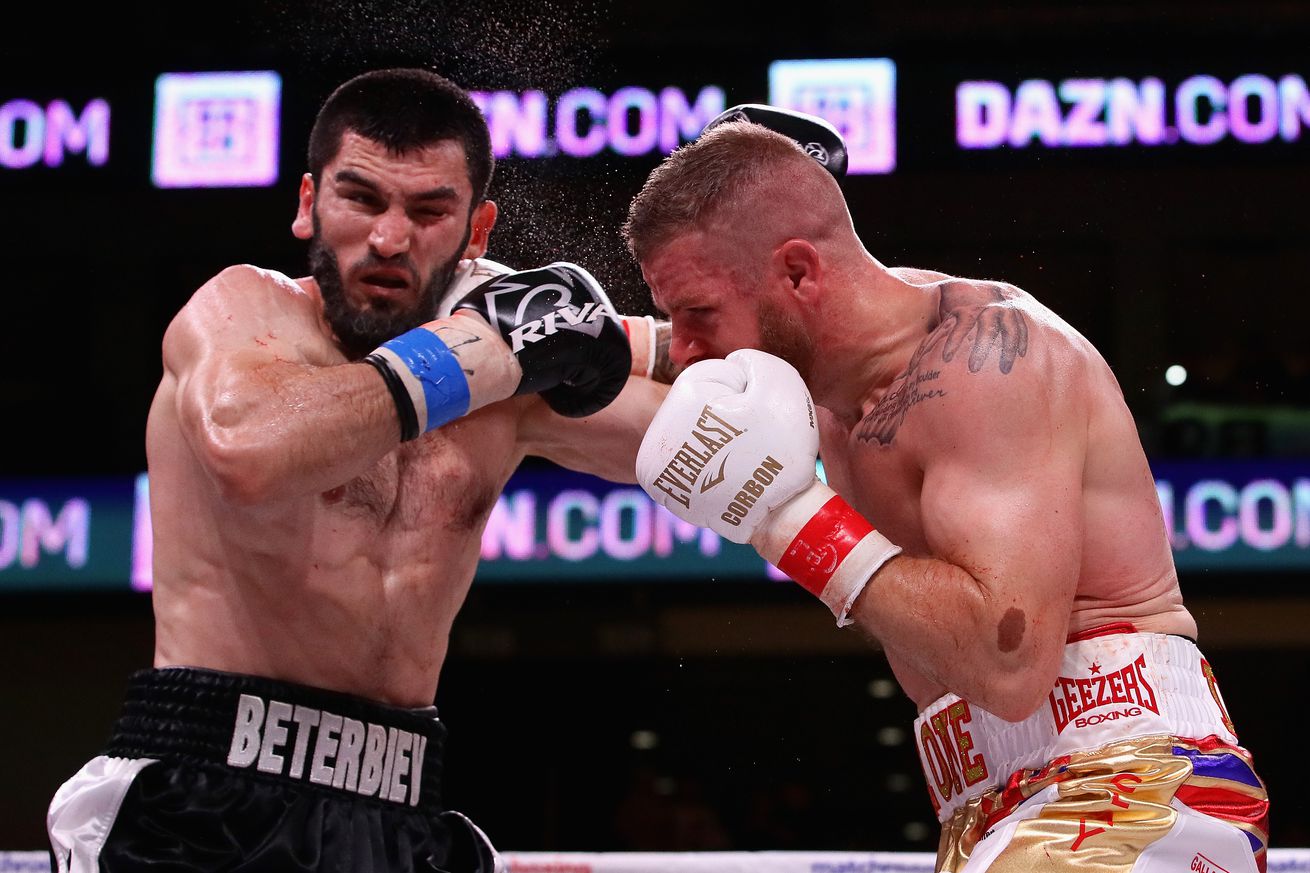 Mikhalkin successfully defended the belt three times during his reign

Germany’s Dominic Boesel, having claimed the interim WBA light heavyweight title last week with a stoppage of Sven Fornling, is officially no longer the European champion. As a result, the EBU has ordered Callum Johnson and Igor Mikhalkin to begin negotiations for the vacant belt with a December 10th deadline.

If they don’t come to terms, they’ll go to a purse bid.

Johnson (18-1, 13 KO) went from smashing Frank Buglioni for the British title to taking on Artur Beterbiev seven months later in a bid for IBF gold. Despite being a considerable underdog, he managed to drop Beterbiev in the second round and remain competitive until the future unified champion put him down in the fourth.

He bounced back this past March with a three-round demolition of Seanie Monaghan, his ninth knockout in his previous 11 fights.

Mikhalkin (23-2, 10 KO) had a decently long reign as Euro champ from 2014-2016. then beat Thomas Oosthuizen for the IBO belt a year later. A subsequent successful defense against Doudou Ngumbu set up a title shot against Sergey Kovalev, who stopped him in seven. He’s since picked up a pair of get-well knockouts.

Looks to me like a quality scrap between two barely sub-elite light heavyweights. No complaints here.