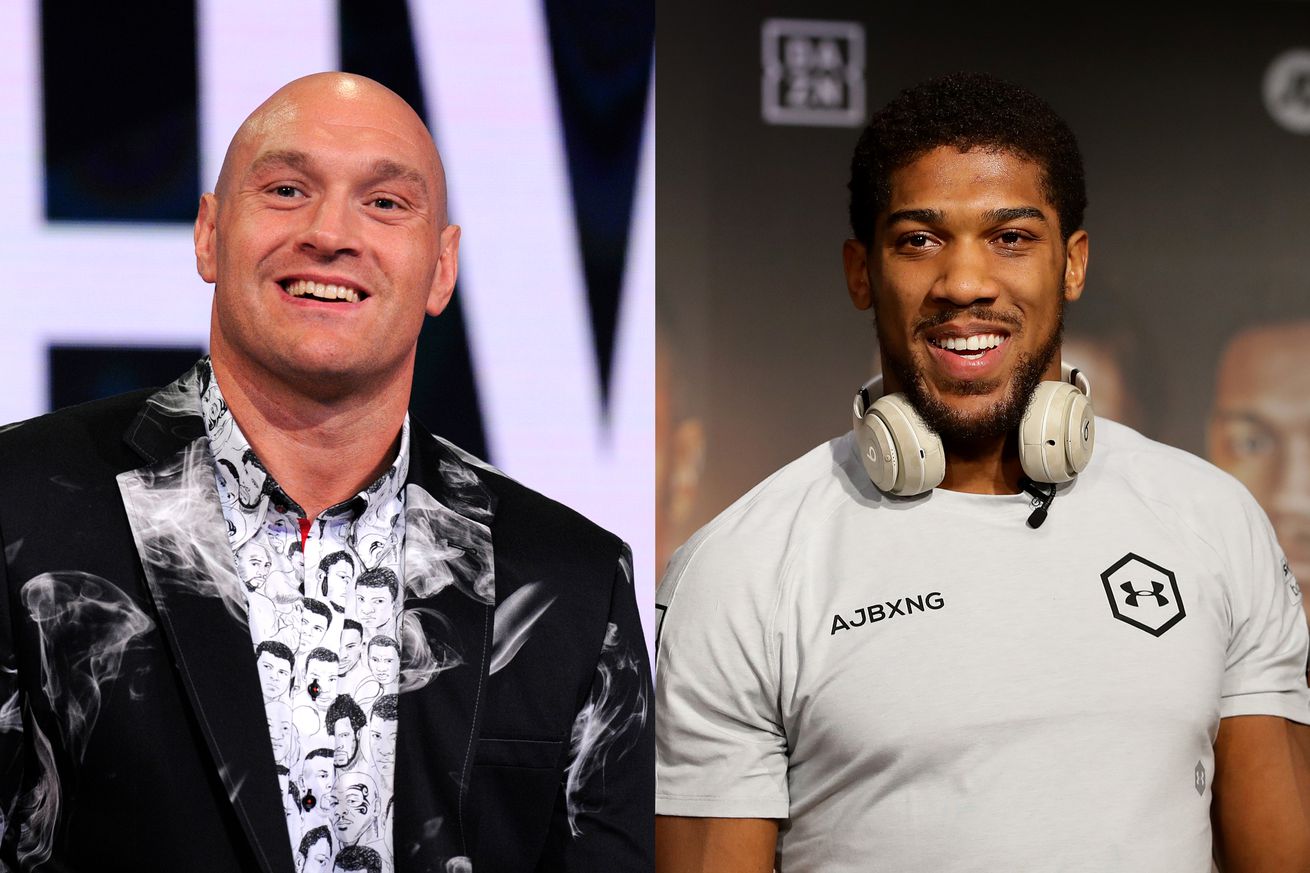 Hearn would expect a fairly standard contract between the fighters for next year, but says it wouldn’t be a requirement.

A potential undisputed heavyweight fight between WBC titleholder and LINEAL!!!!! champion Tyson Fury and WBA/IBF/WBO titleholder Anthony Joshua will remain a topic of conversation for the foreseeable future, and just in case there was any doubt, Joshua promoter Eddie Hearn says he expects it would be a two-fight contract.

“It would probably be a two-fight deal. Any deal between Fury and AJ, you run it twice. It is not a condition of the deal but it was in their deal with Deontay Wilder, and it is the biggest fight in boxing, so it is likely you will see that twice.”

Fury-Joshua isn’t going to happen in 2020, but things the way they are at the moment, looking forward to 2021 isn’t that wild.

Still, Fury (30-0-1, 21 KO) and Joshua (23-1, 21 KO) have contracted fights in the meantime that aren’t pushovers. Fury owes Deontay Wilder a third fight, and though Tyson dominated in their second encounter, Wilder’s power alone always makes him dangerous. Joshua has to face IBF mandatory Kubrat Pulev next, with the hunt on for where to stage that event. Joshua could also be tasked with WBO mandatory Oleksandr Usyk at some point between now and then, while Dillian Whyte is owed a WBC shot early in 2021 (provided Whyte doesn’t lose to Alexander Povetkin this summer).

So it’s a ways off, but that’s another wrinkle, or could be, anyway. Hearn saying it wouldn’t necessarily be a requirement is nice, but more likely than not there would be a rematch clause at the very least.