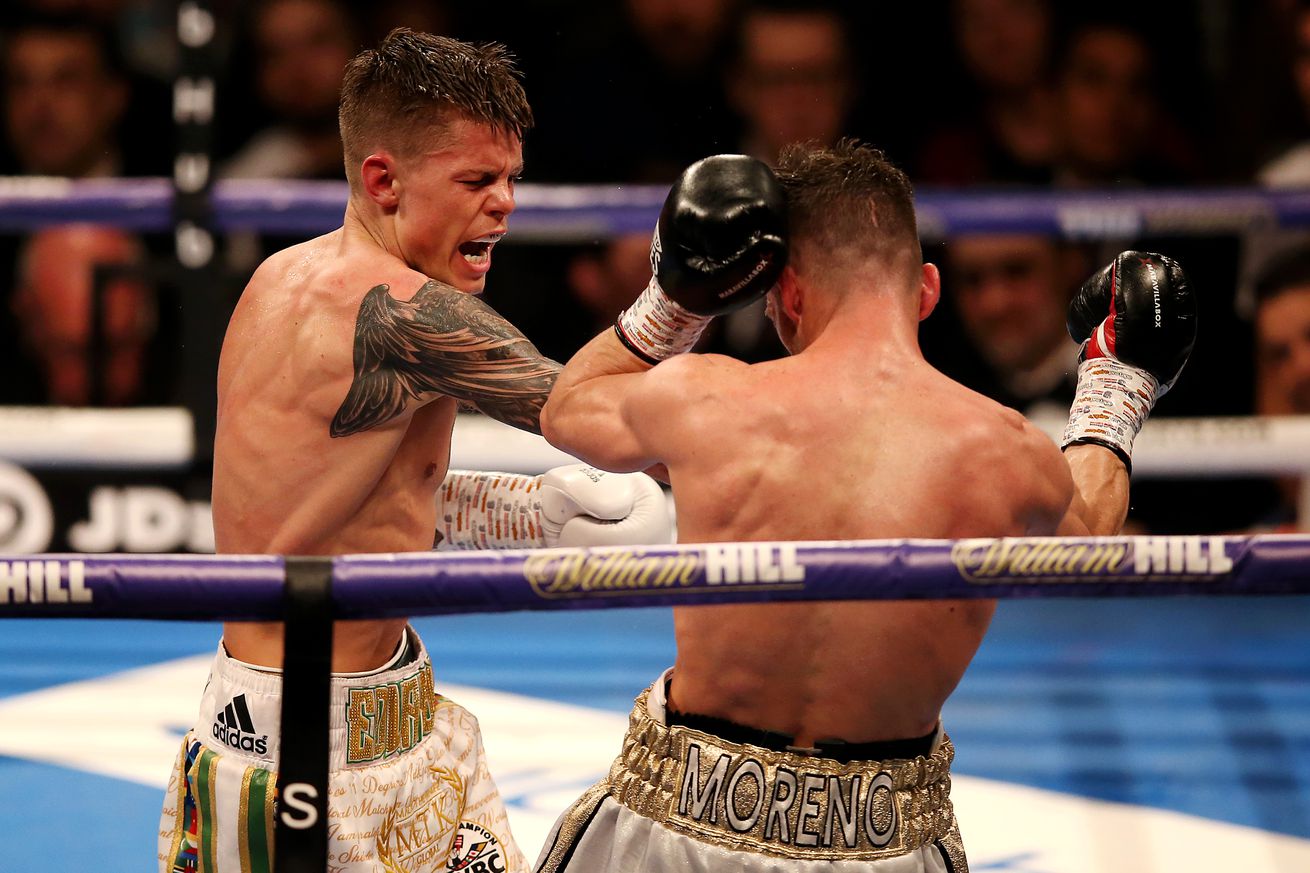 Martinez knocked out Andrew Selby in an eliminator on March 23rd

WBC flyweight champion Charlie Edwards and mandatory challenger Julio Cesar Martinez are reportedly close to a deal, having requested and received a weeklong extension from the sanctioning body ahead of a looming purse bid.

Martinez (14-1, 11 KO) entered his March 23rd eliminator against unbeaten Andrew Selby as the obvious B-side, his sole notable victory coming against faded former champion Edgar Sosa in 2017, but wound up flooring Selby with a vicious body shot in the fifth round to secure his place as the #1 contender.

Edwards (15-1, 6 KO) was unsuccessful in his first title bid, falling to John Riel Casimero in 2016, but soundly defeated the red-hot Cristofer Rosales last December. His first defense, also on March 23rd, saw him sweep Angel Moreno on all three scorecards.

Edwards had been linked to a unification fight with IBF champion Moruti Mthalane, but Mthalane’s side declined on the basis of their fighter needing more time to recover from his victory over Masayuki Kuroda. There’s every reason to believe that the fight will be made if Edwards defeats Martinez, as both men expressed interest and share management.