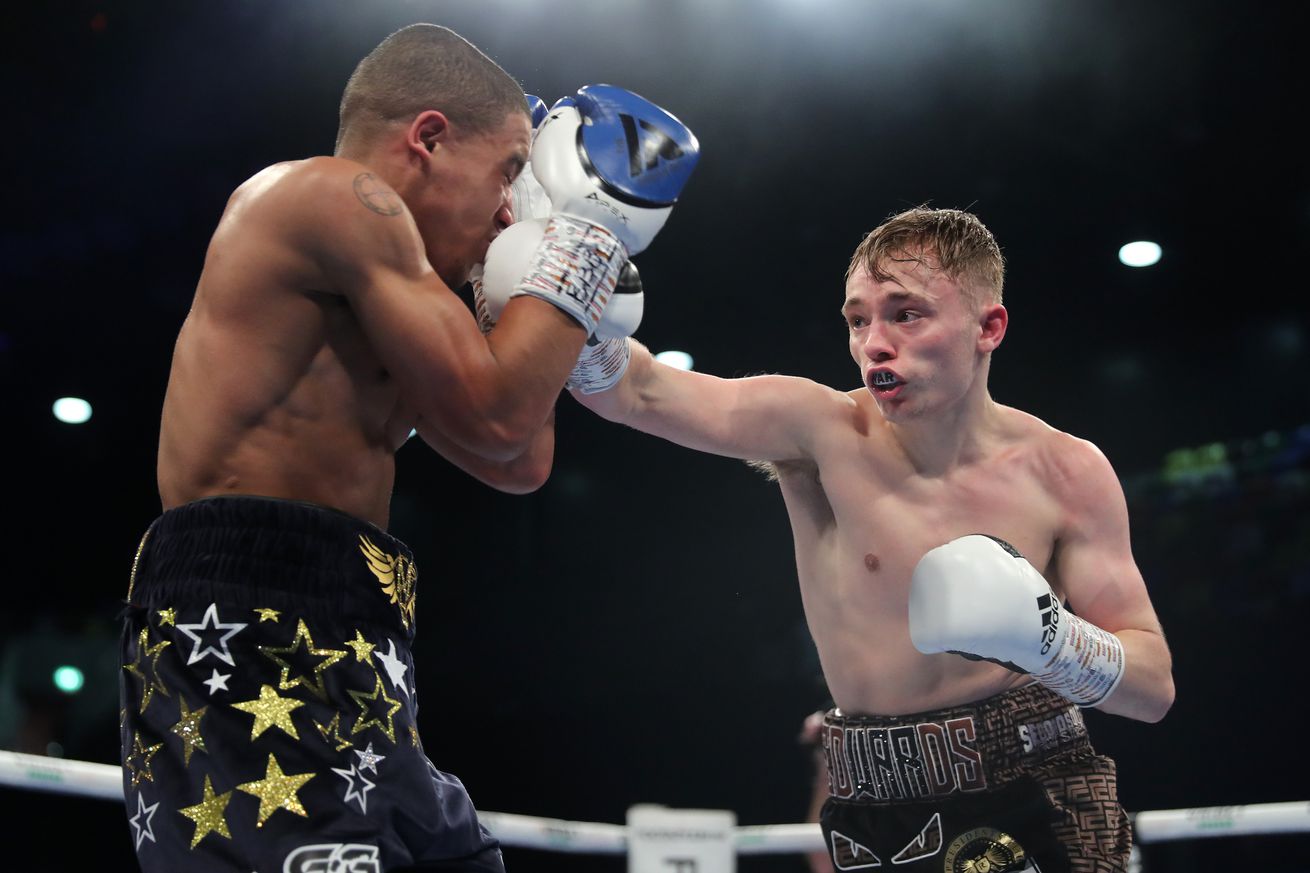 Edwards is now the British champion at 115 pounds.

Edwards (14-0, 4 KO) mostly outclassed Braithwaite (9-2, 0 KO), which was expected, but the 25-year-old Braithwaite was in it early, looking to put pressure on Edwards, who didn’t look great at Friday’s weigh-in, and he even scored a truly surprising knockdown in the seventh round.

But Sunny just had too much skill for the underdog overall, and was able to come back nicely from the knockdown, settle things down, and outbox Braithwaite the rest of the way.

Edwards’ next steps will be interesting. There’s simply not a ton of domestic opposition of quality available at 115 pounds in the United Kingdom, but he’s probably not quite ready to be taking on world level guys, either.

Adeleye is a 6’4” heavyweight making his pro debut here, came in just under 220 pounds, tall and lean, showed some power against Kalinovskij (13-63-4, 5 KO), a 27-year-old Lithuanian cruiserweight journeyman. But Kalinovskij landed some clean rights, too. There’s obviously a ton of work left to do on Adeleye, but here’s a name, here’s a guy.