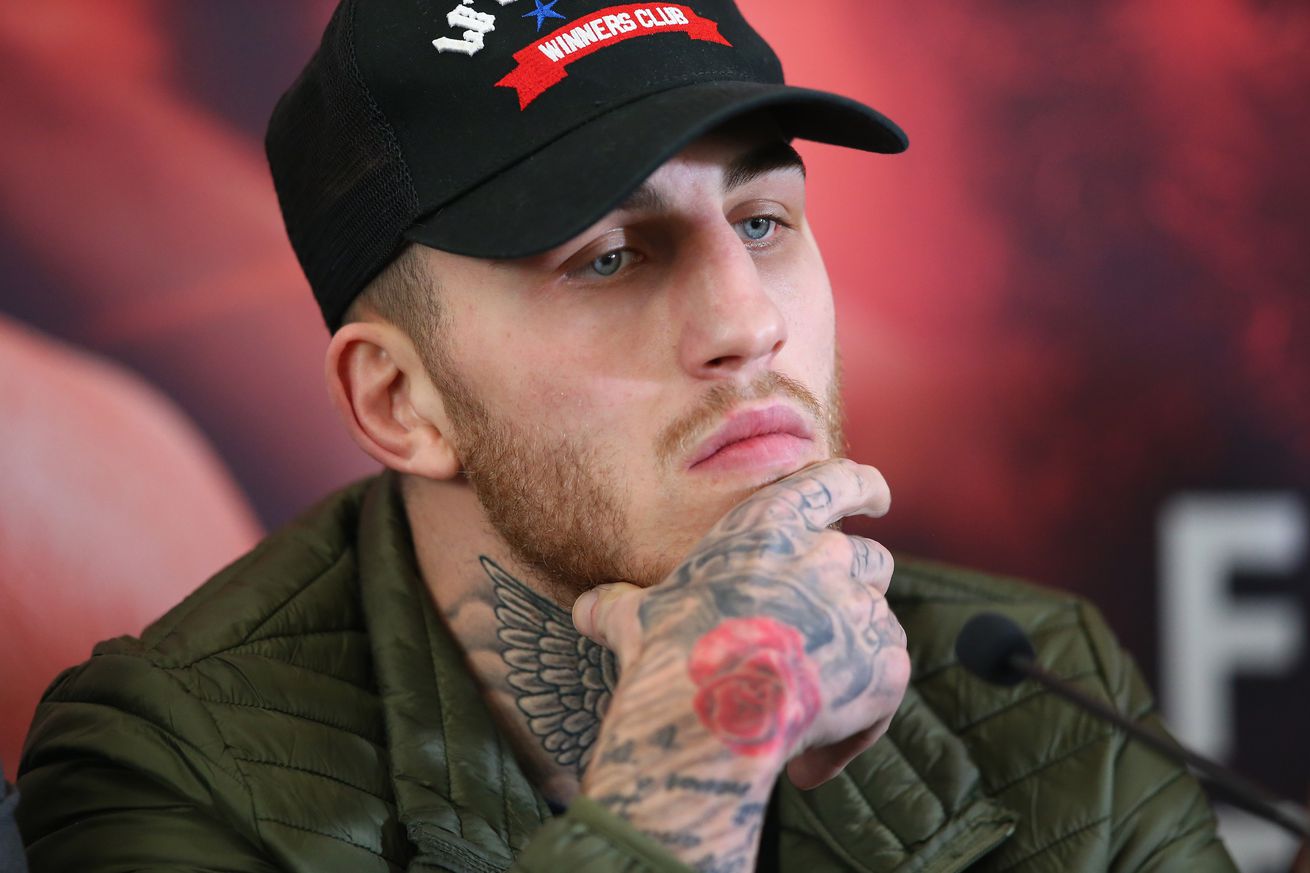 A new chapter will be written in the book of The Savage this weekend, in a junior middleweight contest against Liam Smith.

The twists and turns in the career of Sam Eggington have made for extraordinary viewing. Sitting on a professional record of 24-5 coming into Saturday night’s fight against Liverpudlian Liam Smith, The Savage has become essential viewing for British fight fans, delivering fireworks every time he steps between the ropes.

Eggington’s career is becoming defined by unlikely outcomes. The 25-year-old has previously made no bones about what path he believed his life inside the ring would take upon turning pro in 2012: a career in the away corner fighting as a journeyman was the peak of ambition for the then 18-year-old, who was looking to earn a quick buck following losing his job as a forklift driver at a steel factory.

Turning his attention to the Prizefighter format at the beginning of his paid work enabled Eggington to claim quick cash in the unpredictable tournament. His two earliest losses came on the cards over nine minutes of action, with an ascent of notable victories following these outings including scooping Area, Commonwealth and British titles at the welterweight limit.

A comprehensive UD loss to Bradley Skeete in 2016 emphasised the holes in Eggington’s armour. The Savage was over-reliant on his heavy-hands, attempting to walk down the slickster Skeete to no avail in front of a disappointed home crowd. His British and Commonwealth straps headed to South London, with Eggington walking wounded back to the drawing board.

Eggington’s riposte to the first major setback in his career was impressive. Wins over the highly-rated, yet overweight, Frankie Gavin and a faded Paulie Malignaggi enabled him to move towards a shot at the European title against Ceferino Rodriguez. A tenth round KO victory saw the West-Midlander crowned EBU champion at 147-pounds, however, in his first defence against the unfancied Mohamed Mimoune, Eggington was once again undone by technical ability and slick movement.

The Frenchman ripped the title away from Eggington leaving him with limited options at welterweight, but despite this, there is a sense that Sam is often left unaffected by setbacks in his career, with an underdog mentality limiting his expectations. A move up to light-middleweight followed.

Three wins since that loss were caveated by another unexpected loss, but potentially the most bruising to date. A second-round KO defeat to Hassan Mwakinyo was a tough watch, with Eggington walking onto shot after shot, showing zero defence yet a worryingly impressive chin. The fight was waved off with Eggington sustaining a barrage of unanswered attacks, with concerns surfacing over the commitment of The Savage to his craft.

“A defeat isn’t the end, I’ve proved that myself.” Eggington said. “I’ve got a big opportunity to get things back on track. They say you’re only as good as your last fight, so to beat Liam Smith would push me right back up there. That’s the drive for me in this fight. A win would open up doors to bigger fights and get people talking about me as a serious force again.”

“I don’t feel any pressure going into this one. The bookies have me down as a huge underdog and that suits me just fine. I’m going to put the work in behind the scenes and come up on the blind side and get a big win that no one is going to expect. I didn’t think I’d get a huge fight like this so soon after my loss, so to get Liam, a former world champion is a huge motivation for me.”

He’s not wrong. You can get a price of 6/1 on Eggington beating Liam Smith on Saturday night, but unlike other domestic clashes, it’s hard to envisage Eggington with nowhere to go following this encounter. Youth may be on his side, but miles are certainly ticking on the clock; serious improvements on his defensive capabilities have to be seen this weekend if he is going to make waves – at any level – in the light-middleweight division. Eggington’s current style isn’t suited to longevity in the boxing ring, at any weight.

“By the end of this year, I’d like to have beaten Liam and had another big fight against a top operator. There’s plenty of options out there so we’ll see where it goes. I can’t look too far ahead though – look at what happened against Mwakinyo, I was looking too eagerly ahead and I got blown right out, so I’m not going to do anything like that again.”

Eggington’s humble rise, yet drastic falls have enabled him to grow a solid fanbase in the UK. It’s often a case of watching through your fingers, with his ballsy style similar to that of watching a horror movie. You know something is coming, but you’re never quite sure what.

From a journeyman ceiling to headlining in front of 8,000 in Liverpool, via British, Commonwealth and European titles; this sport needs the Sam Eggington stories. Let’s hope this is just the start of the next chapter, rather than its close.