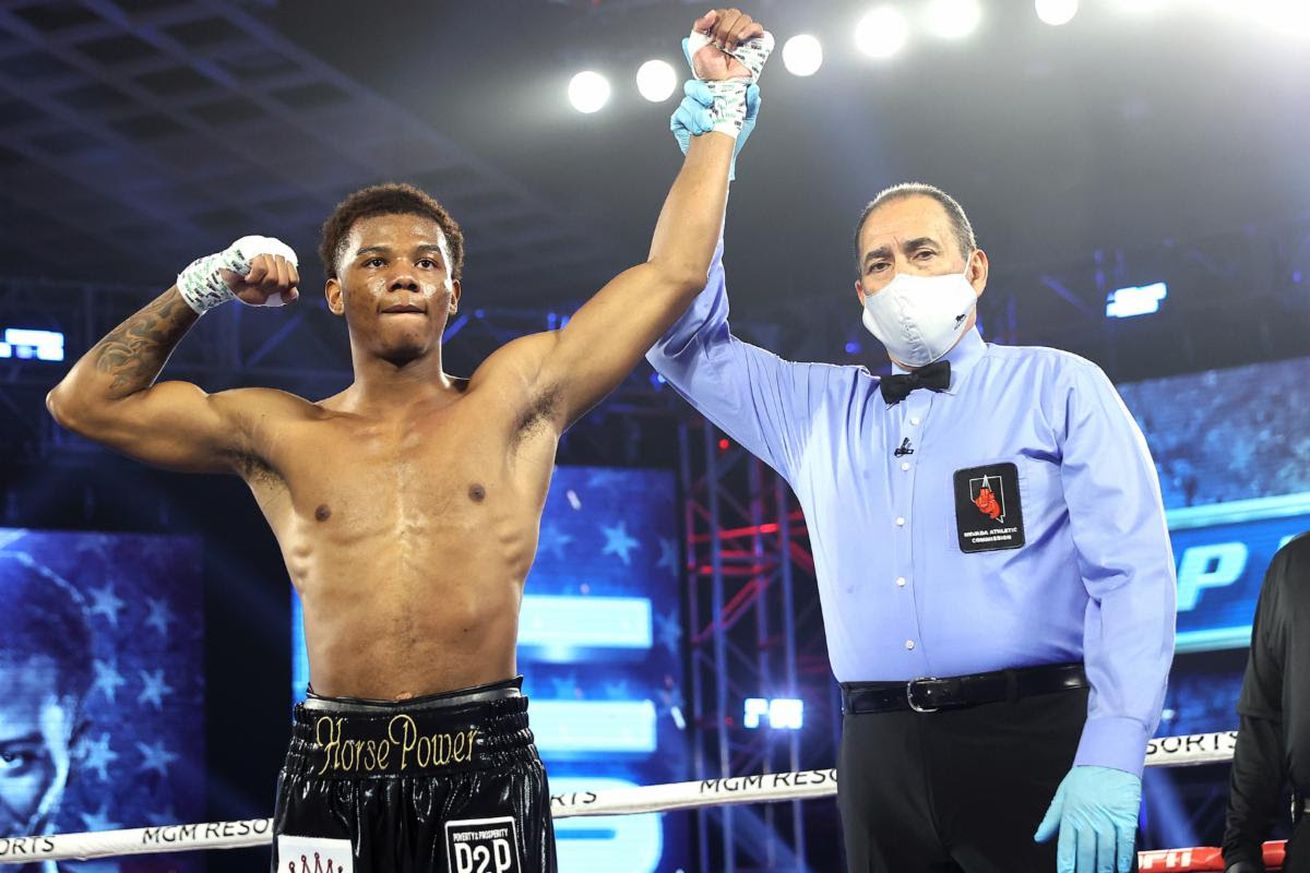 The 20-year-old made a successful pro debut on Friday night.

If you didn’t tune in early on Friday night, you probably missed him, but 20-year-old Kahshad Elliott made a successful pro debut, wiping out opponent Akeem Jackson in just 75 seconds, opening the Navarrete-Villa ESPN show in Las Vegas.

Elliott, a New Jersey native and recent signing for Split-T Management, was a decorated domestic amateur, with a claimed record of 117-23 and 10 national titles at 165 pounds. As a pro, he plans to fight at 154 pounds, coming in at just under 153 for his debut outing.

Elliott (1-0, 1 KO) put Jackson down twice on body shots, and the second time the 29-year-old opponent decided to take a 10-count. Elliott says he wasn’t looking to make it that quick, but it happened.

“I was looking to go more rounds, but I will take it. Just being out there. I have been looking forward to this my entire my life,” he said after the win.

“I was poised, and now I am 1-0, and there will be a lot more to come. I knew that I was going to stop him. I wasn’t chasing it, but my punches have bad intentions.”

Early guess is we’ll definitely be seeing a lot more of Elliott, and given the way Top Rank’s schedule is working and how often they’ve brought fighters back on their “Bubble” shows, we’ll probably see him again soon enough, given that he didn’t have to break much of a sweat in this first fight.