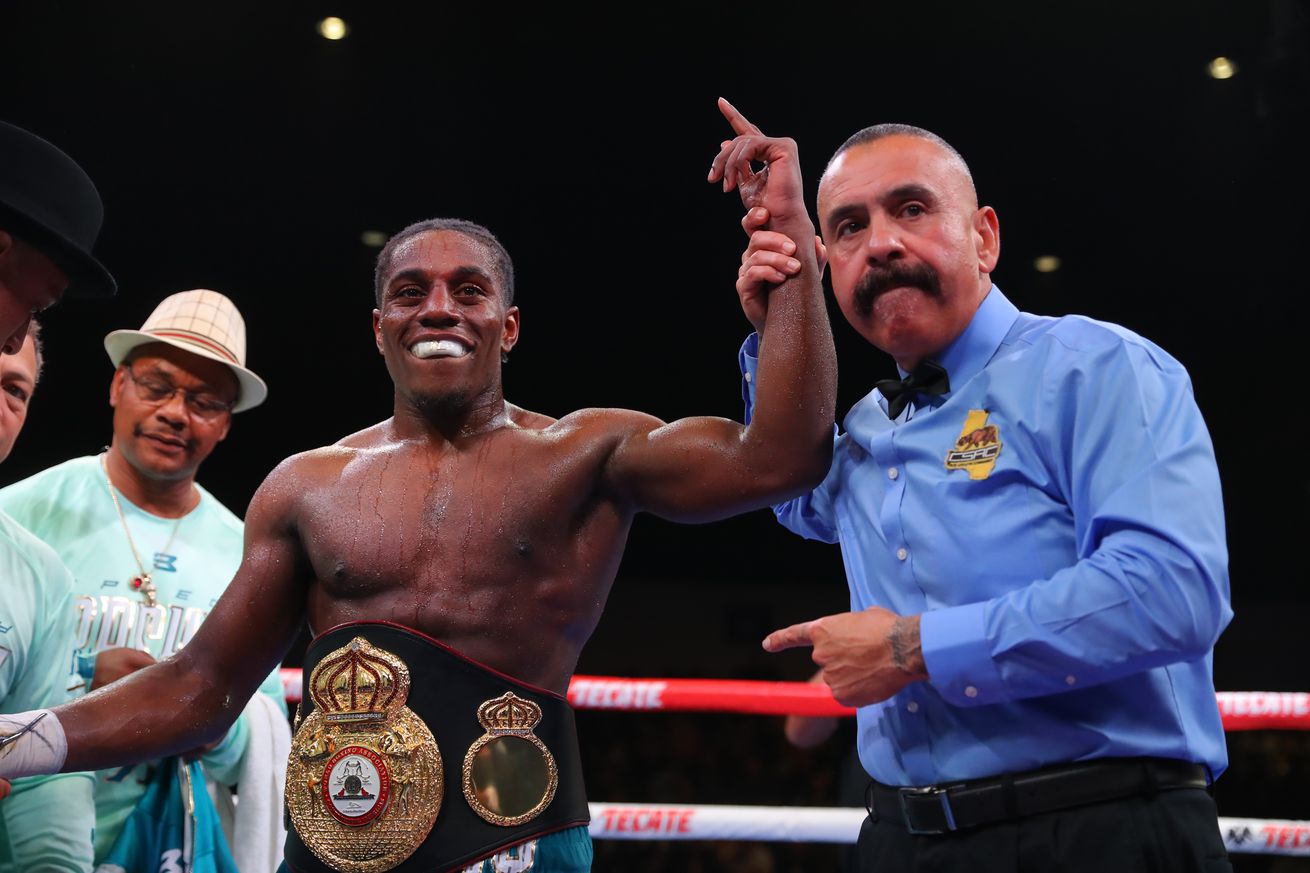 Elwin Soto vs. Carlos Buitrago will feature as well

Golden Boy Promotions have put together a genuinely solid supporting cast for Jaime Munguia’s October 30th bout with Tureano Johnson, including a clash between unbeaten prospects, a flyweight title eliminator, a light flyweight title fight, and some recognizable names on the undercard.

The co-feature sees rising welterweights Rashidi Ellis (22-0, 14 KO) and Alexis Rocha (16-0, 10 KO) meet in a very well-matched tussle. Ellis, who picked up his second victory over Eddie Gomez in November, was slated to face Brad Solomon on August 28th before Jorge Linares’ exit from the main event forced the card’s cancellation. Rocha’s had a couple of tough outs lately, getting off the canvas to stop Roberto Valenzuela in December before narrowly edging out Solomon in February.

“I’m finally back in the ring on October 30,” said Rashidi Ellis. “And I’m happy that it will be at my favorite place, Fantasy Springs Resort Casino. This is going to be a very exciting night for boxing fans. How often do you get to see two young, undefeated contenders face each in their prime? Alexis Rocha is a tough fighter, but I need to show the world that I’m ready for a title shot. Make sure you stay tuned!”

“What people don’t know is I wanted this fight a year ago, but Rashidi and his team turned it down,” said Alexis Rocha. “There’s been a lot of talk about the future of boxing and upcoming stars, and I’ve felt slighted because I haven’t been in that conversation. Rashidi said something about how he’s just fighting another name. I can promise you I’m not just another name. And when this is over, Rashidi and the entire world of boxing are going to know more than my name: they are going to know that I’m ready to carry the sport forward into a new generation of champions.”

“I’m excited,” said Marlen Esparza. “I want to offer my thanks and appreciation to the WBC for the opportunity to fight for the shot at the world title. It’s been a dream and vision of mine to fight representing the WBC. I want people to see another great fight. I’m proud to be on the stage again with a great fighter, and I know there are a limited amount of major women’s fights, so I’m honored to have this opportunity. I’ve fought Sulem Urbina multiple times and look forward to doing it again. Game on.”

“As soon as I got the call about this fight, I instantly took it because I know it’s a big opportunity for me,” said Sulem Urbina. “We are both with Golden Boy, and they want to give the best fights possible. Marlen and I have some history. When I first saw her fight in 2008, I became a fan of hers, until the time arrived in which I became a rival of hers. I feel that Marlen has a lot to owe to Seniesa [Estrada] because that loss opened her eyes and showed her that she’s not done yet. I know she’ll come back stronger. I’ll be ready for the best version of Esparza. In the midst of a pandemic and during a time of such uncertainty, I know that this fight, despite not having people attend, will have a huge audience through DAZN because it is a fight that everyone wants to see.”

Ibeth Zamora Silva currently holds the belt, but has not fought since 2018.