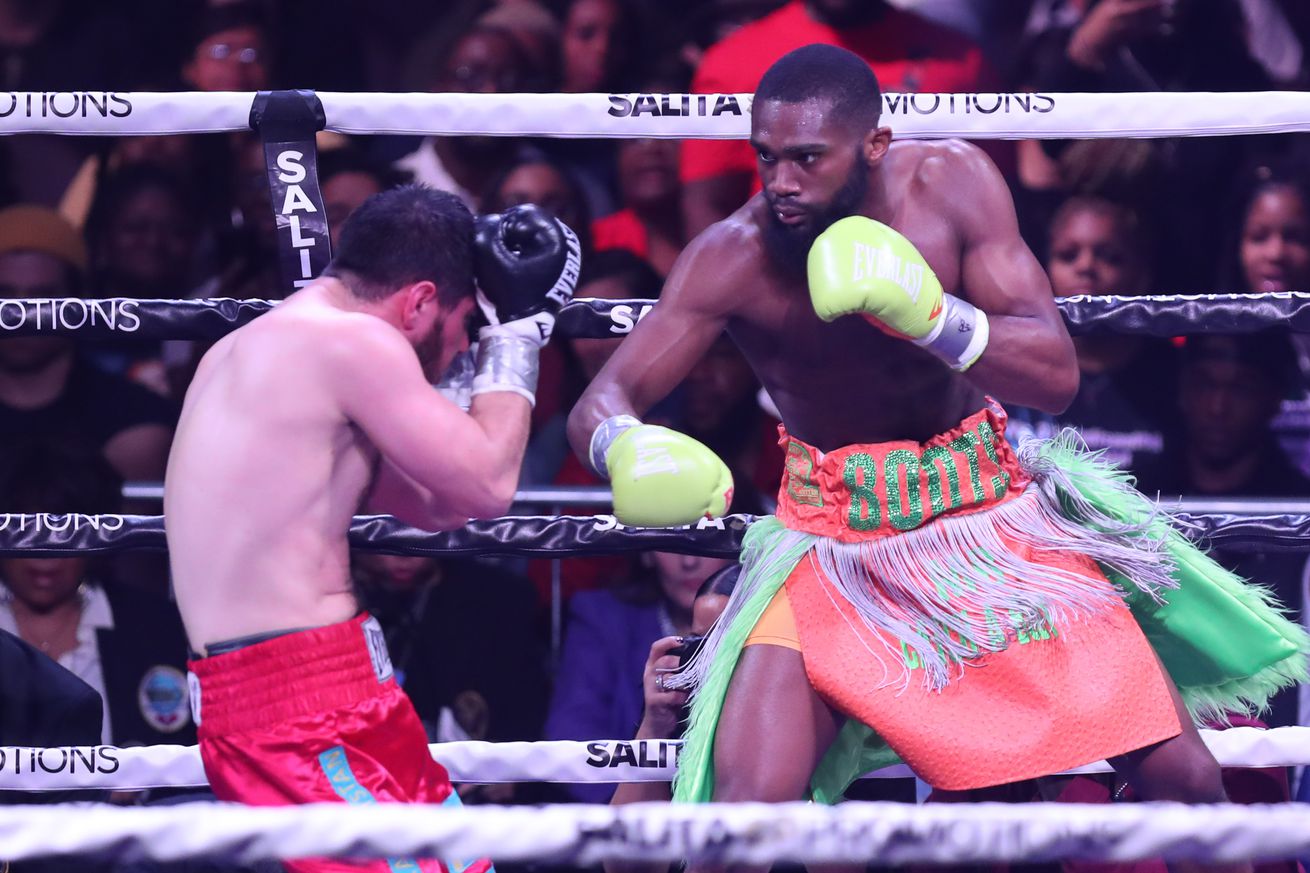 Highly-touted welterweight prospect Jaron Ennis (25-0, 23 KOs) will make his way back into the ring next weekend after an 8-month layoff, and expects to put on a show for the fans. Why wouldn’t he, after all, when the 23-year-old is so confident in his skills that he believes he could take on the best welterweight fighters in the world right now. Check out some excerpts from his interview with Brian Custer below, with the full video interview above.

Ennis on when we’ll see hi in a step-up fight:

“As everybody can see it’s not my fault, we trying to get these top guys in step up fights. From what I’m hearing and what I’m seeing these guys don’t want to get in the ring, or they asking for a bunch of money. Right now, all I can do is keep winning, keep bettering myself, keep getting better and better. When the day comes for me to have my world title shot, I’ll be sharp, on point, focused, ready mentally and physically and have that world title around my waist.”

On why he thinks he’s boxing’s next big star:

“I’m an all-around fighter, I give you hand speed, power, quickness, defense, accuracy. I can’t fight on the inside, box, I can do it all. I feel like I have everything, I’m fan friendly, so whatever way they want it, they can get it.”

On if he views himself as a high-risk, low-reward fighter, hindering his chances at big fights:

“I’ve been at that point for the last two years, we’ve been trying to get these undefeated guys, step up fights, and former world champions. The last two years have been hard, this is why I’ve been having to fight guys like my last fight. It’s nothing I can do but keep winning, staying focus, keep being sharp, keep getting better and better each and every day and I my time is going to come. I’m young, I’m only 23 years old so it’s only going to get worse because the longer they wait, the worse it’s going to get for them.”

On saying he could beat Errol Spence Jr. and Terence Crawford: