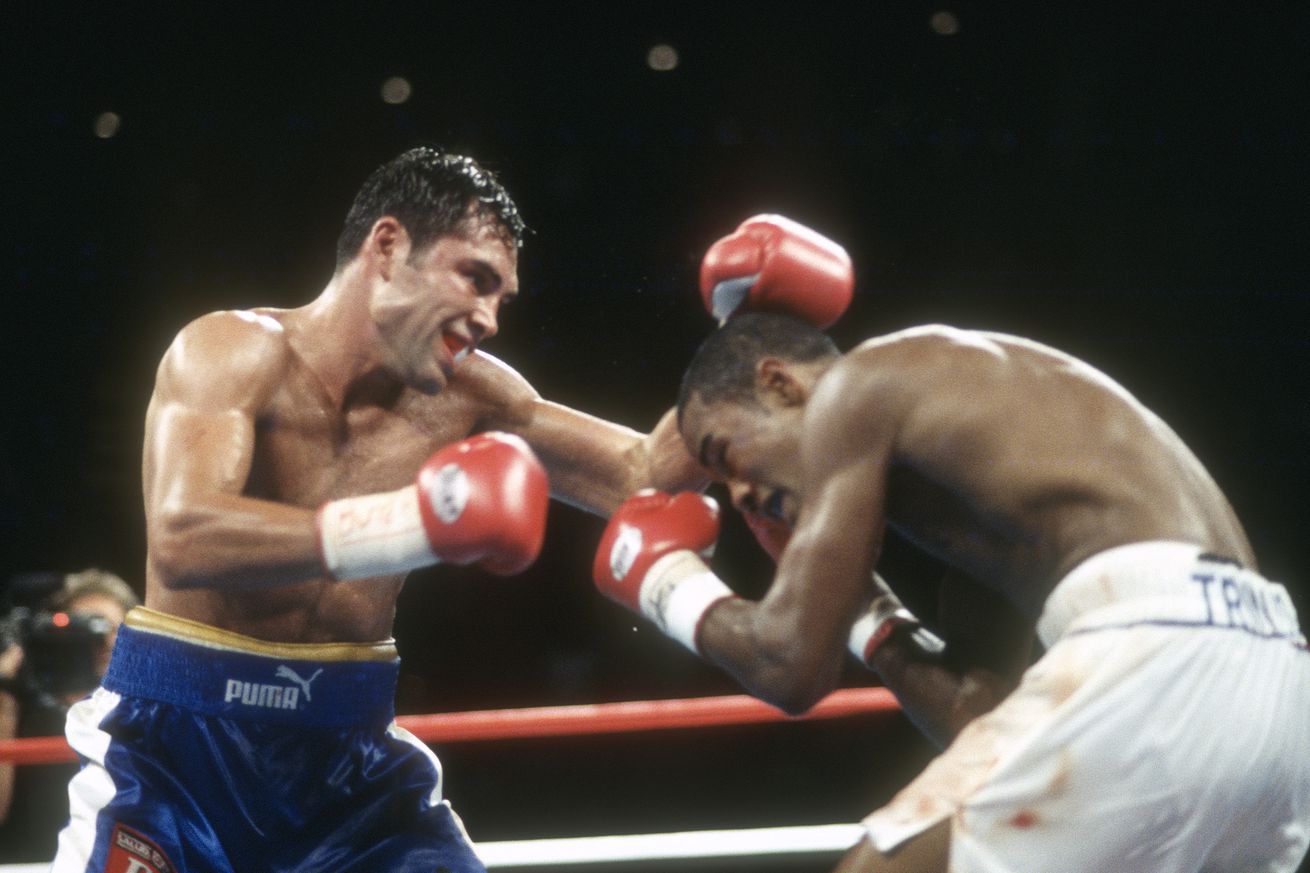 Photo by Focus on Sport/Getty Images

ESPN has unearthed a fresh batch of classic boxing content to ease the wait for the new stuff. Starting at 7:00 PM Eastern on Wednesday, May 20th, ESPN2 and ESPN+ will air a quintet of the sport’s most controversial decisions.

You be the judge … all these years later.

Re-live (and re-score from home?) some of #boxing’s most debated decisions, Wednesday night on ESPN2. pic.twitter.com/1hzEAsBI39

If Twitter isn’t behaving for you, the lineup is:

All five fights remain hotly debated to this day; hell, our own post on Hagler-Leonard a few weeks back generated more than 70 comments, and I’m still haunted by the constant appearance of my name anytime someone posts the media scores for Pacquiao-Marquez III (I scored it for Pacquiao initially, then Marquez on a later rewatch). If quarantine boredom is grating on you, this is a nicely fertile font of debate.

While having new things to get angry about is always more fun, nostalgic anger still feels nice. Speaking of, here’s the Legendary Nights episode on De La Hoya-Trinidad if you need a refresher.