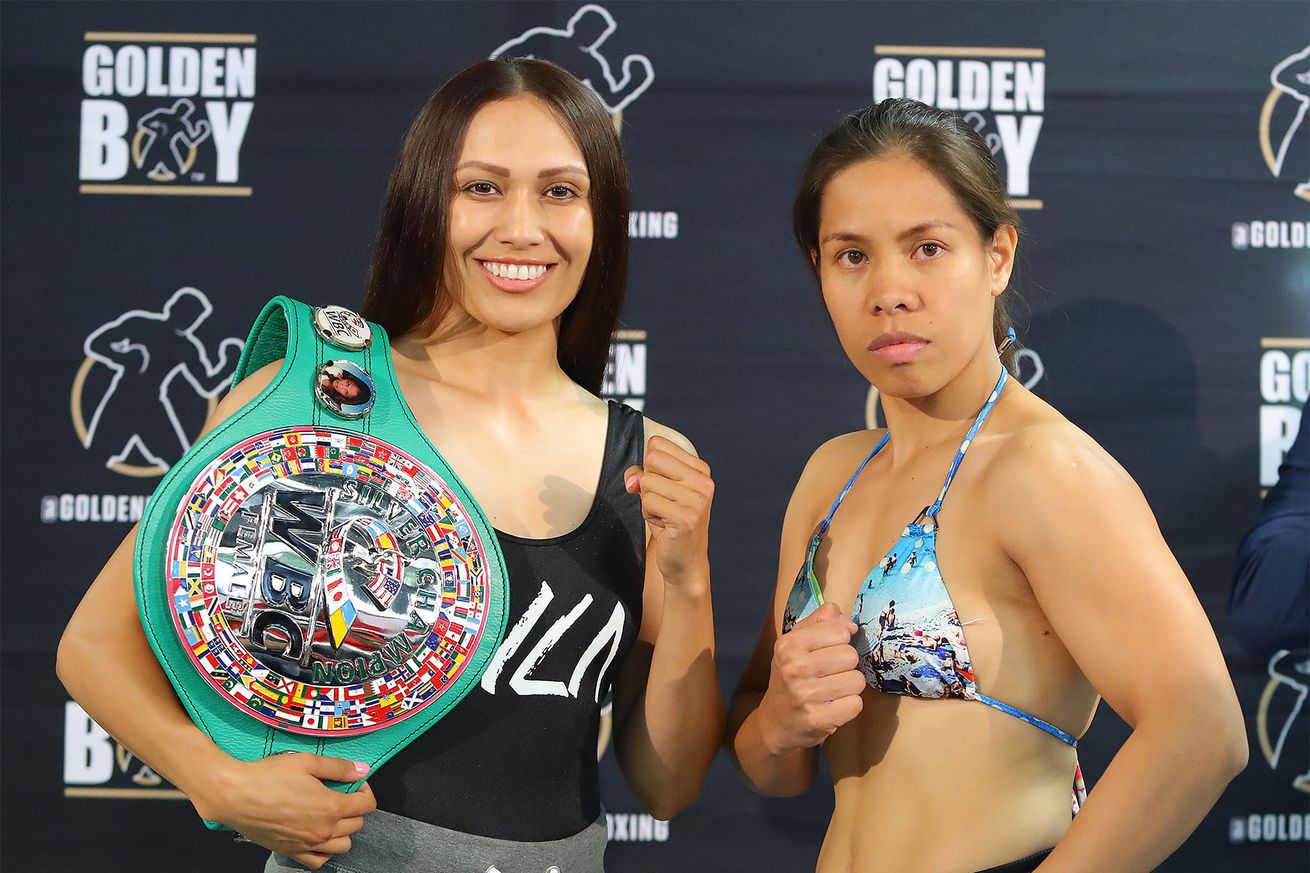 Tonight at 8 pm ET (I think) on RingTV.com and then continuing at 10 pm ET on RingTV.com, Facebook, and various regional sports networks (click here), Golden Boy DAZN Thursday Night Fights is back from the Avalon in Hollywood, California, headlined by a 10-round bout for the WBC silver junior flyweight title.

Seniesa Estrada will defend that secondary WBC 108-pound belt in the main event against Gretchen Abaniel, who has lost two in a row, though both were world title fights at 105 and 108. She was stopped in four by Tenkai Tsunami in her last bout in July 2018.

The prelim portion of the show will have the pro debut of 2016 Olympic silver medalist Bektemir Melikuziev of Uzbekistan.