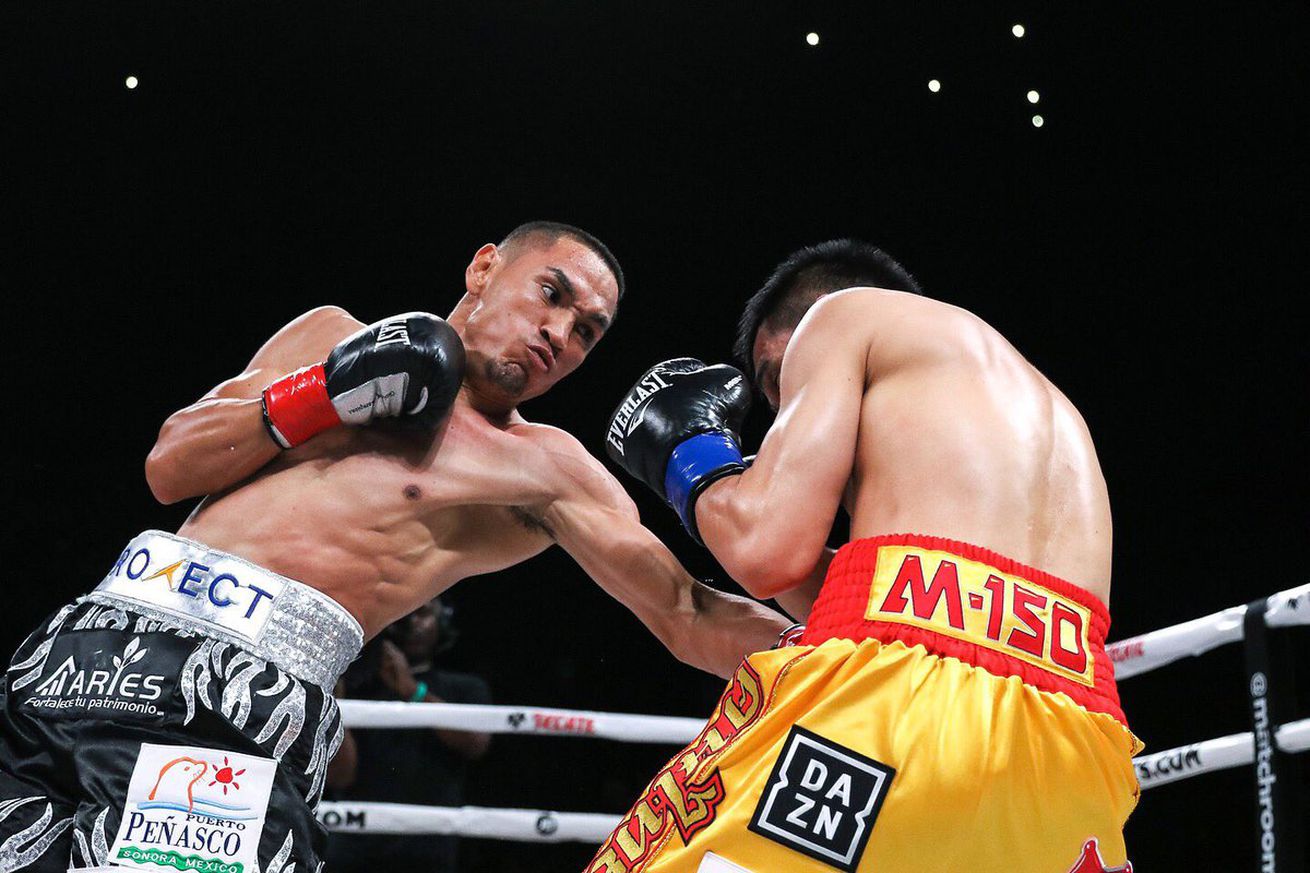 Juan Francisco Estrada started fast and held on for a well-deserved win over Srisaket Sor Rungvisai.

Juan Francisco Estrada got a measure of revenge tonight, winning his rematch with Srisaket Sor Rungvisai to claim the WBC super flyweight title in tonight’s DAZN main event from the Forum in Inglewood, California.

So what was different tonight? Estrada (39-3, 26 KO) started faster this time around, and Srisaket (47-5-1, 41 KO) made a puzzling decision to fight in an orthodox stance for much of the bout.

When the Thai star fought orthodox, Estrada seemed able to rather comfortably outbox him. When Srisaket switched back to his natural southpaw stance, as he did more later in the fight, he was able to do some good work, which kept the fight close on the cards.

For the 29-year-old Estrada, this makes for a world title in a second weight class, having previously held a belt at 112 pounds. Asked after the fight if he thinks there should be a third meeting between the two, Estrada said, “If he wants a third fight, we’ll do it. But first I’d prefer to unify.”

The loss ends a 20-fight win streak that dates back to 2014 for Sor Rungvisai, who has never been a mover or anything but looked particularly flat-footed in this fight, and at times a little lost on how to deal with Estrada. He wound up making it competitive, but a lot of that really could be credited more to times when Estrada, whether wisely or not, decided to mix it up with Srisaket and give the defending titleholder some openings.