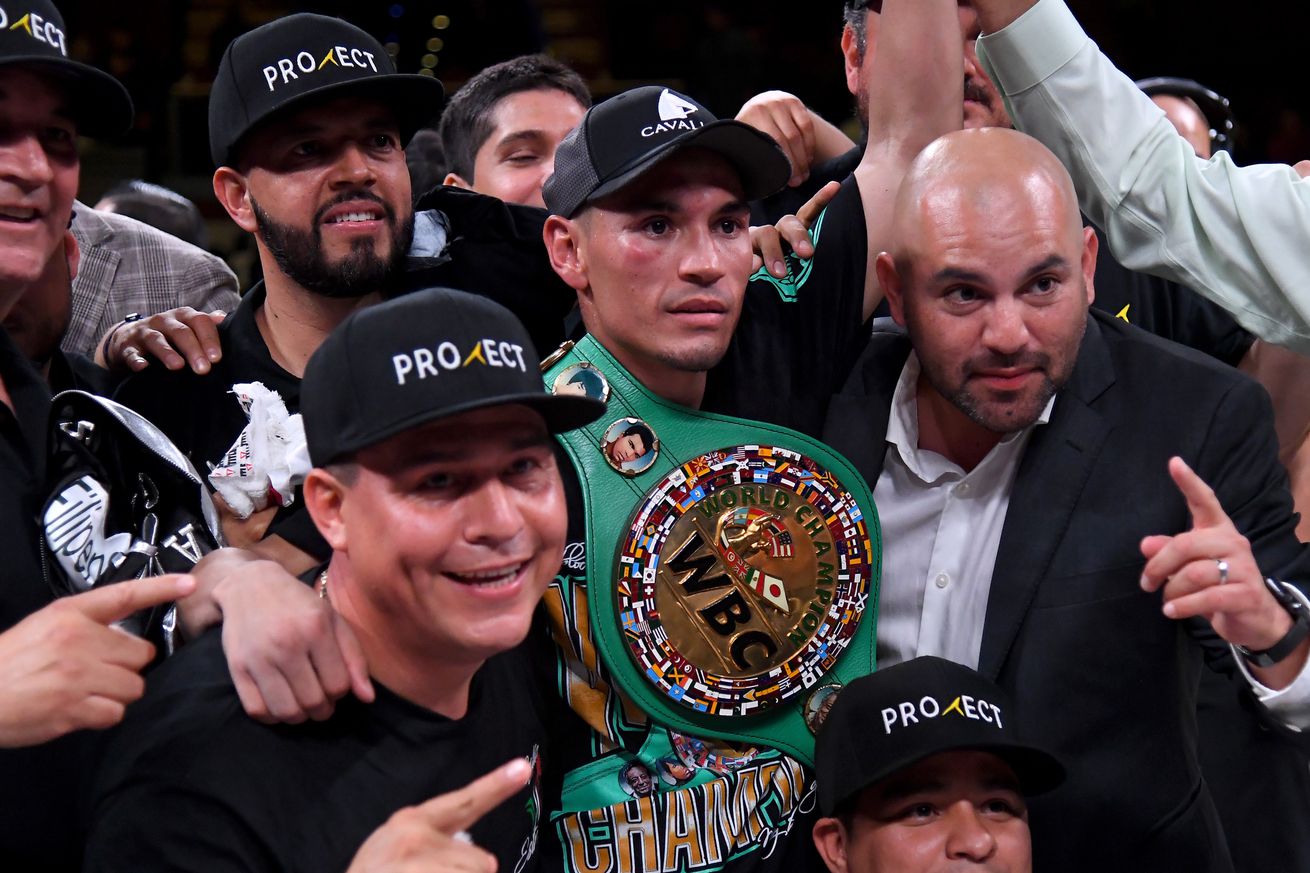 Dewayne Beamon put up a great effort but ultimately drowned in deep waters.

Beamon was a relative unknown coming into this fight but was plenty confident that he would be able to pull off the upset. And to Beamon’s credit, he fought the same way he talked. Beamon came in trying to use his speed and supposed power to put a hurting on the reigning champion, but ran into big problems in the second round when he got dropped twice.

Estrada placed some clean body shots and follow up head shots to buzz Beamon several times throughout the fight, but Beamon refused to go out with a whimper and consistently fired back in dangerous moments in an attempt to fight fire with fire. Unfortunately for Beamon, though, his skills couldn’t quite match his heart and Estrada was just a little too classy an operator in the ring.

In fact, Estrada got so comfortable that he seemed to take a few of the middle rounds off, often taunting Beamon instead of throwing, and allowing himself to be fighting off the ropes for large portions of the fight. Beamon wasn’t accurate enough to really make Estrada pay for that, but he did make him work for it.

The finally end came in the ninth round when Beamon was just worn down from the accumulated damage. Estrada basically jumped on him at that point, forcing the referee to jump in to halt the fight. Beamon, who was still on his feet at this time, collapsed to his knees in the disappointment of the loss.

In the co-feature bout of the evening, Filip Hrgovic (9-0, 7 KOs) scored a fairly easy third round stoppage (0:43) of Mario Heredia (16-7-1, 13 KOs). Hrgovic, who is basically a giant, winged right hands until he finally clubbed Heredia into submission. It really wasn’t the most thrilling or skilled performance, but it turned out to be effective enough.

While Heredia really had very little to offer in general, Hrgovic simply telegraphed his big right hands but still managed to land them often enough to make an impression. He’ll look to go on to bigger things now, but will certainly need to learn to develop an effective left hand if has any hopes of making to the top of the division.

Hrgovic gets another KO win! pic.twitter.com/4788WsPXvH

Smith, 31, put on a pretty steady performance, but also showed some of the same limitations we’ve seen of him before, which makes him a solid contender but not really good enough for the top-tier fighters. Smith stalked Lorzano for most of the fight, picking spots to counter, but often let Lorzano get off first and in combination which allowed him to score fairly often.

However in the 6th round Smith found a home for a sick left hook to the liver which badly hurt Lorzano, hunching him over until Smith’s follow up attack put him down. Lorzano would barely make it out of that round, but in the following round it was clear Lorzano hadn’t fully recovered and a follow up assault forced the referee to step in to halt the fight.

Finally, in the main card’s opening bout, super middleweight prospect Alexis Espino (4-0, 3 KOs) scored a lights out stoppage of Oscar Soto (1-2, 0 KOs), putting him down and out in Round 3. The fight was only a scheduled four-rounded and Soto had actually gotten off to a good start, but one punch can always change a fight as it did here.

All in all, not a bad night of action!