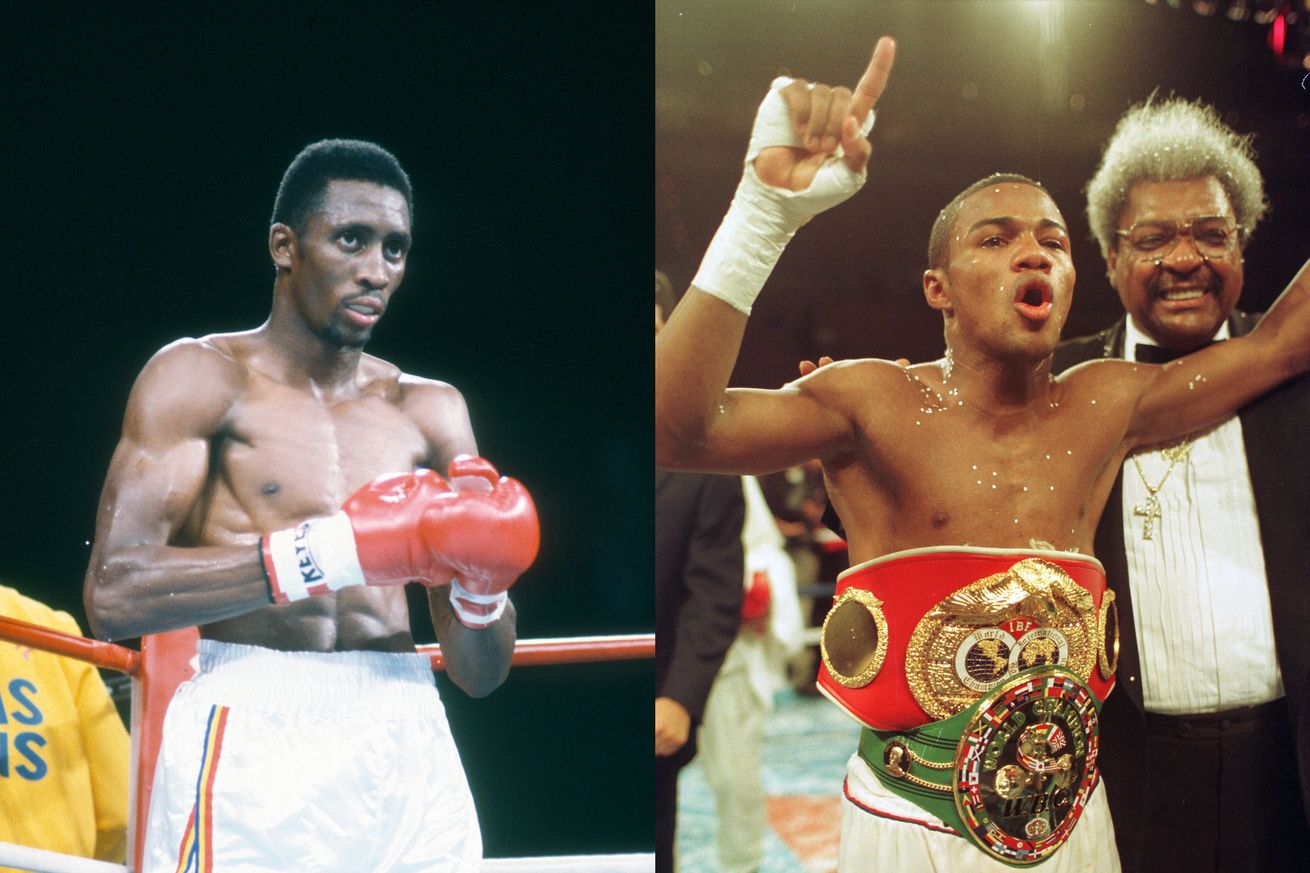 Another day, another fantasy matchup. (Granted we’re not doing them daily anymore, but today we are, so hey!)

If you’ve missed any of these matchups — including the most recent, Andre Ward vs Joe Calzaghe, which is a really tight poll and still open for voting — check out the stream page with all of them.

Today we go to the welterweight division for another matchup of modern greats from different eras.

Not a lot of mystery or stylistic “hmmm” to be done about this matchup, perhaps. Both were big punchers, neither was afraid to get into a tear-up. The one guarantee I think there is in this matchup is excitement. You’re gonna see some big shots land.

Puerto Rico’s Trinidad was a pretty big welterweight, standing 5’11” with a 72½” reach. He was able to fight capably and win world titles at 154 and 160, though 160 was looking a bit much for him, even considering his losses at that weight were against two great, incredibly smart fighters (Bernard Hopkins and Winky Wright).

Down at 147, Trinidad never lost a fight, and scored a sincere win over Pernell Whitaker and a controversial victory over Oscar De La Hoya, both in 1999.

But when you talk “big welterweights,” Hearns always springs to mind immediately. It’s not just that he was 6’1”, either; the man had a 78” reach. Muhammad Ali had a 78” reach. Vitali Klitschko had a 79” reach. And as far as other modern great welterweights go, they’re largely around that Trinidad range, 71” to 74” or so.

The Hitman had a devastating right hand; it’s the right hand that really put Kronk and Emanuel Steward on the map. Thomas Hearns, to this day, is the fighter most widely associated with Kronk and Steward’s legacy, and it largely came down to that absolute missile of a right hand punch.

Trinidad had an effective style, could throw in good combination, but often would get a little one-dimensional, let his aggression get the better of him strategically. This betrayed him at 160 against guys like Hopkins and Wright, and De La Hoya gave him real trouble at 147, even if you think Tito ultimately deserved that win.

Hearns, of course, had that unique build and could generate ferocious power with his length. He jabbed extremely well to set up his right hands. Though he’d let himself get into a fight, when he was in control, he was a terrific boxer, too. Hearns had a dentable chin and sometimes a little of a leaky defense, but you had to get past his shots, too.