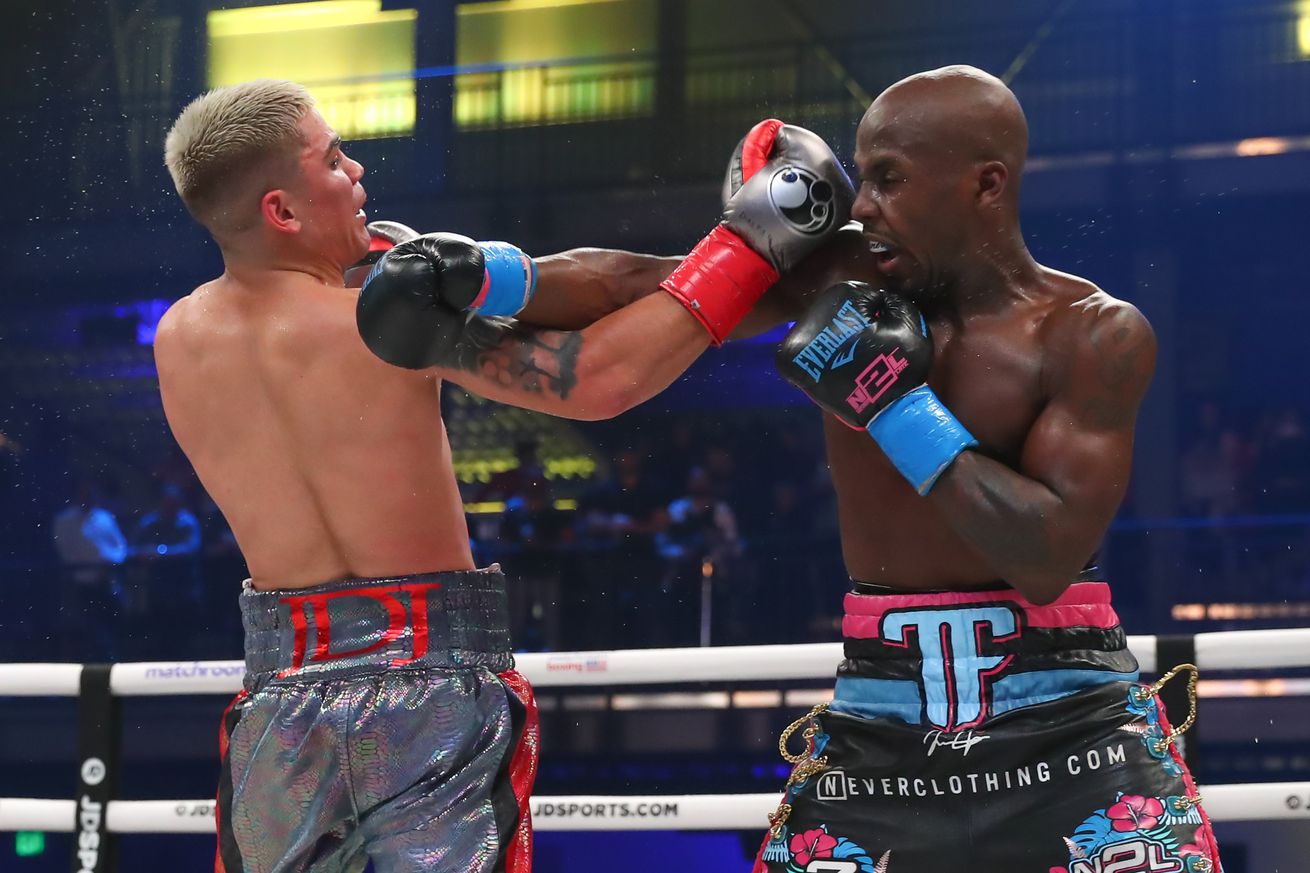 The former IBF titleholder wants his rematch, and says the new titleholder is trying to avoid it.

When Joseph Diaz Jr beat Tevin Farmer to win the IBF junior lightweight title on Jan. 30, it was known then that Farmer had the right to exercise an immediate rematch clause in the contract, which is pretty standard for title fights if the challenger wins.

Farmer, 30, has indicated many times he’s doing just that, hoping to get some revenge for what he feels was an off-night. But the fight has not come together, and there have been multiple rumors and reports that Diaz, 27, is not particularly keen to rematch Farmer; not out of fear of facing him again, necessarily, but out of a feeling he has bigger fish to fry.

Farmer is again saying that Diaz, who recently signed an advisory deal with MTK Global, has attempted to avoid the rematch.

“Open for all interviews to expose this sucker on how him and his team (are) sending letters to the IBF, trying to avoid our rematch clause that was in the contract,” Farmer wrote on Instagram. “Asking the IBF can they skip over me. It’s not happening, sucker! I hope he knows what not honoring a contract can do.”

Diaz possibly trying to get an exception is tough, because it’s not that Farmer is a mandatory challenger, really, it’s a contractual clause. Farmer would have to agree to allow Diaz an interim fight, and it’s pretty clear he’s not interested in that, or at the very least hasn’t been offered the right amount of money to step aside for a bit.

In theory, Diaz (31-1, 15 KO) could be stripped of the IBF title if he doesn’t fight Farmer (30-5-1, 6 KO). I say “in theory” because it’s boxing and lots of things happen, but it’s a contract they both signed and going to be hard for anything else to happen if Diaz just won’t fight Farmer. For a while you could say the pandemic was making it hard to put cards together, but there are multiple shows all over the world every week now.

But we’ll see. This is all he said/he said at this point, though it’s worth keeping tabs on.