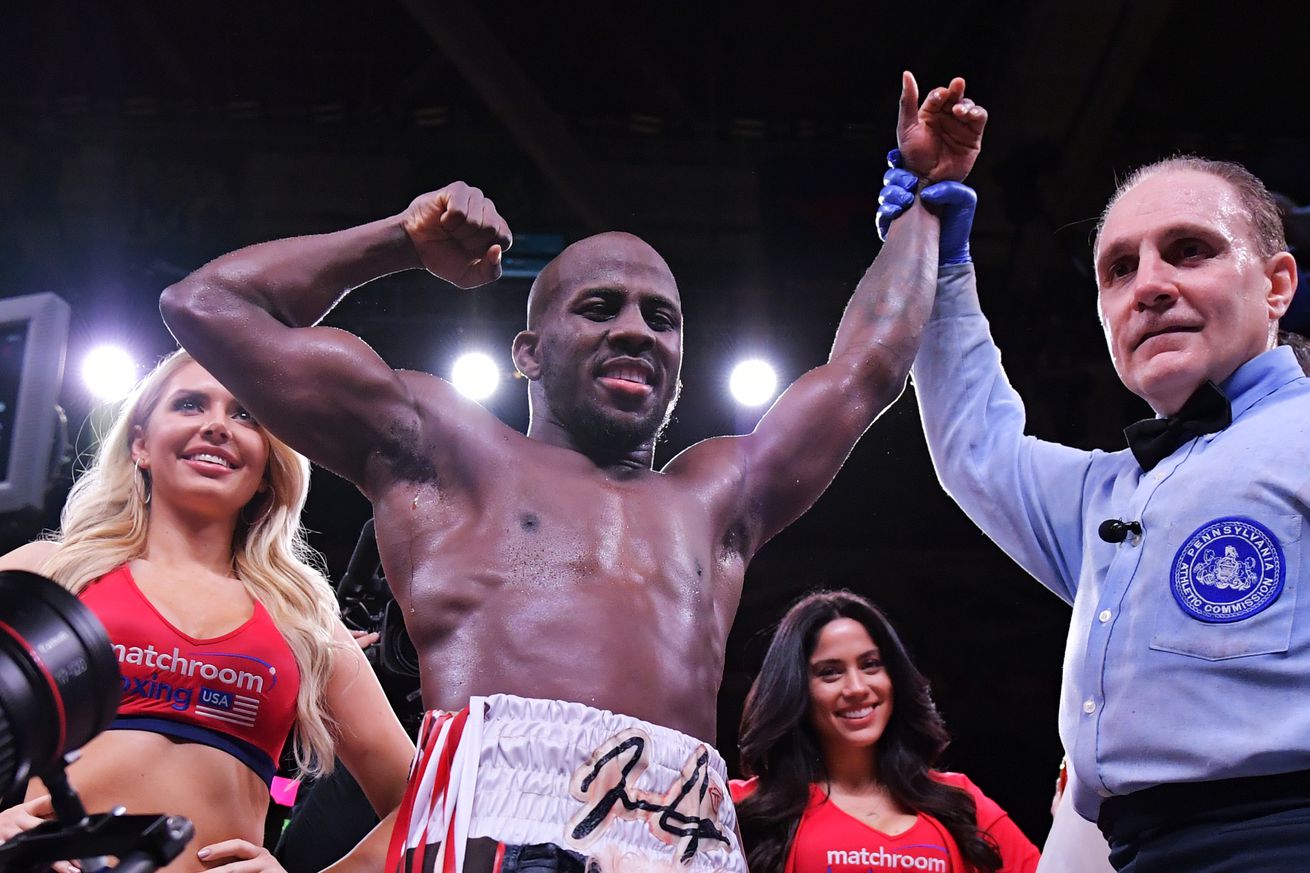 Tevin Farmer has been ordered to defend his IBF super featherweight title against France’s Guillaume Frenois, and there’s already some bad blood brewing, which there often is when Farmer is involved.

But to be fair, he didn’t start this beef.

Frenois (46-1-1, 12 KO) fought an IBF eliminator with Jono Carroll in December, a fight that ended in a draw. In the end, Carroll got his shot at Farmer anyway, losing an entertaining but clear decision on March 15 in Philadelphia. And now the 35-year-old Frenois, a former European champion, is up next.

Frenois told The RING that Farmer has avoided him:

“Farmer knows that my boxing style is his worst nightmare. I’m much better than Carroll and all the previous boxers he fought. He is a fake a champion and he knows that. Maybe that’s why he’s avoiding me.”

Avoiding? I didn’t even know who the fuck you was. These people be delusional ‍♂️ https://t.co/LSuT5TBBqf

The 28-year-old Farmer probably should have won the IBF belt back in Dec. 2017, when he faced Kenichi Ogawa for the vacant strap on HBO. The first official result was Ogawa winning a pretty bunk decision, which was later changed to a no-contest when Ogawa tested positive for androstanediol.

Eight months later, Farmer went on the road to Australia to face Billy Dib for the still-vacant title. That time, he got the deserved decision win, claiming his first world title. He’s since defended successfully against James Tennyson, Francisco Fonseca, and Jono Carroll — while that’s not exactly Murderer’s Row, he has stayed incredible active and has done his part to call out the big names, including Gervonta Davis.

Farmer-Frenois likewise isn’t really a fight that’s going to light anyone’s hair on fire, and on paper the style matchup could result in a fight that isn’t exactly a thriller. But Farmer has been ordered to make this defense, so it’s what we’re going to get. He’s earned his place up at the top of the division, and hopefully he gets the bigger fight that he wants sooner than later if he can keep taking care of business.