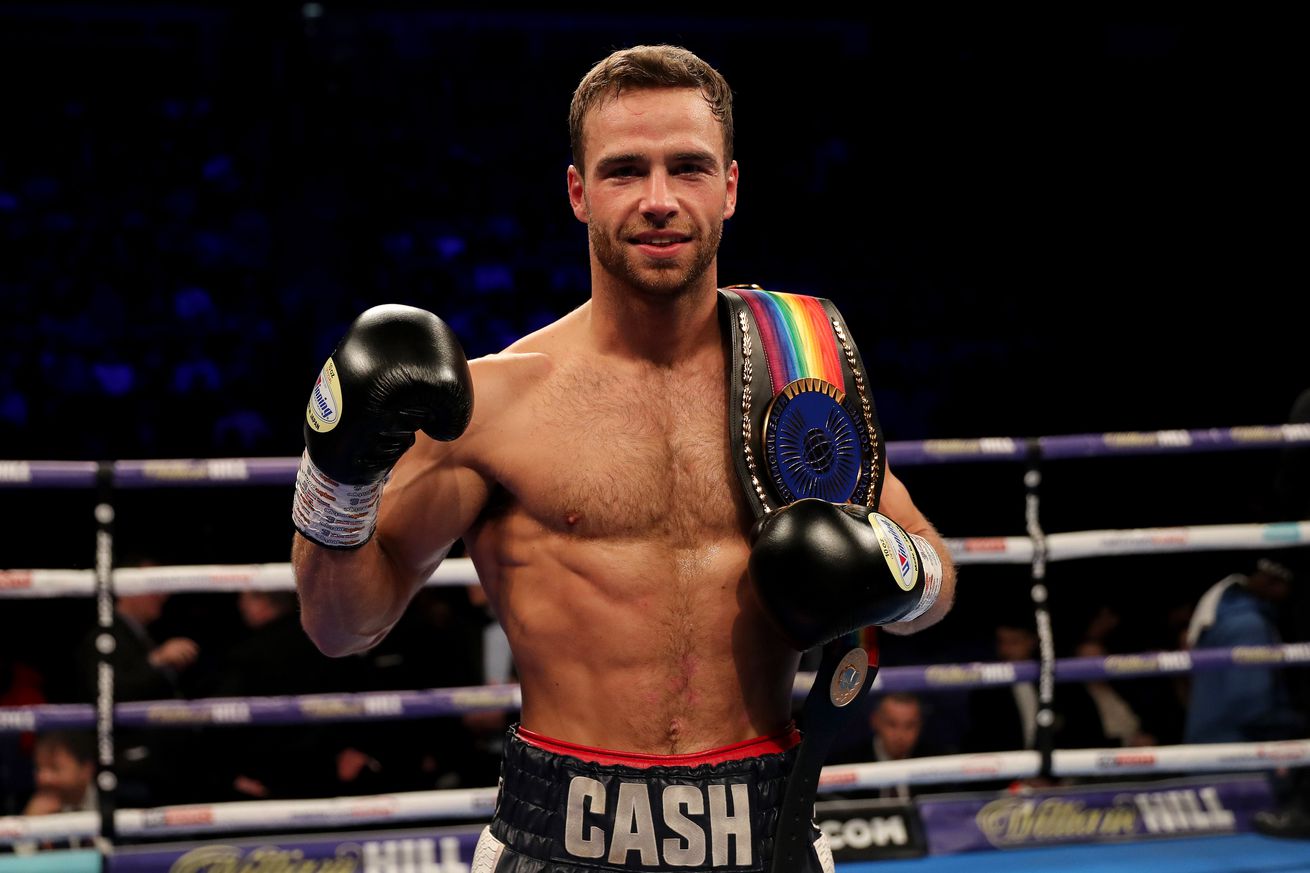 Felix Cash will be back on July 6 against Jack Cullen.

Middleweight prospect and current Commonwealth champion Felix Cash will return to the ring on July 6, defending his belt against Jack Cullen on Matchroom’s card from Manchester, which will air on Sky Sports in the UK and DAZN in the US.

Cash (11-0, 7 KO) is a 26-year-old who won the vacant Commonwealth 160-pound belt on Feb. 2 in London, stopping Rasheed Abolaji in the first round on the Garcia-Cheeseman bill. He’s a solid prospect on the rise.

Cullen (16-1, 7 KO) getting this shot is a mild delight for me, as I just learned who he was a few weeks back, when he beat Jack Sellars for the vacant English middleweight title in Bolton, England. It wasn’t televised, but we talked about it in the results roundup that Sunday, and I was thrilled by his nickname: “Little Lever’s Meat Cleaver.”

He’s also listed at 6’3”, which is huge for a middleweight, but Cash at 6’1” is a big middleweight, too. Could be interesting. Could be a wipeout. I’ve never seen Cullen so I don’t know, but I am very excited about “Little Lever’s Meat Cleaver” regardless.