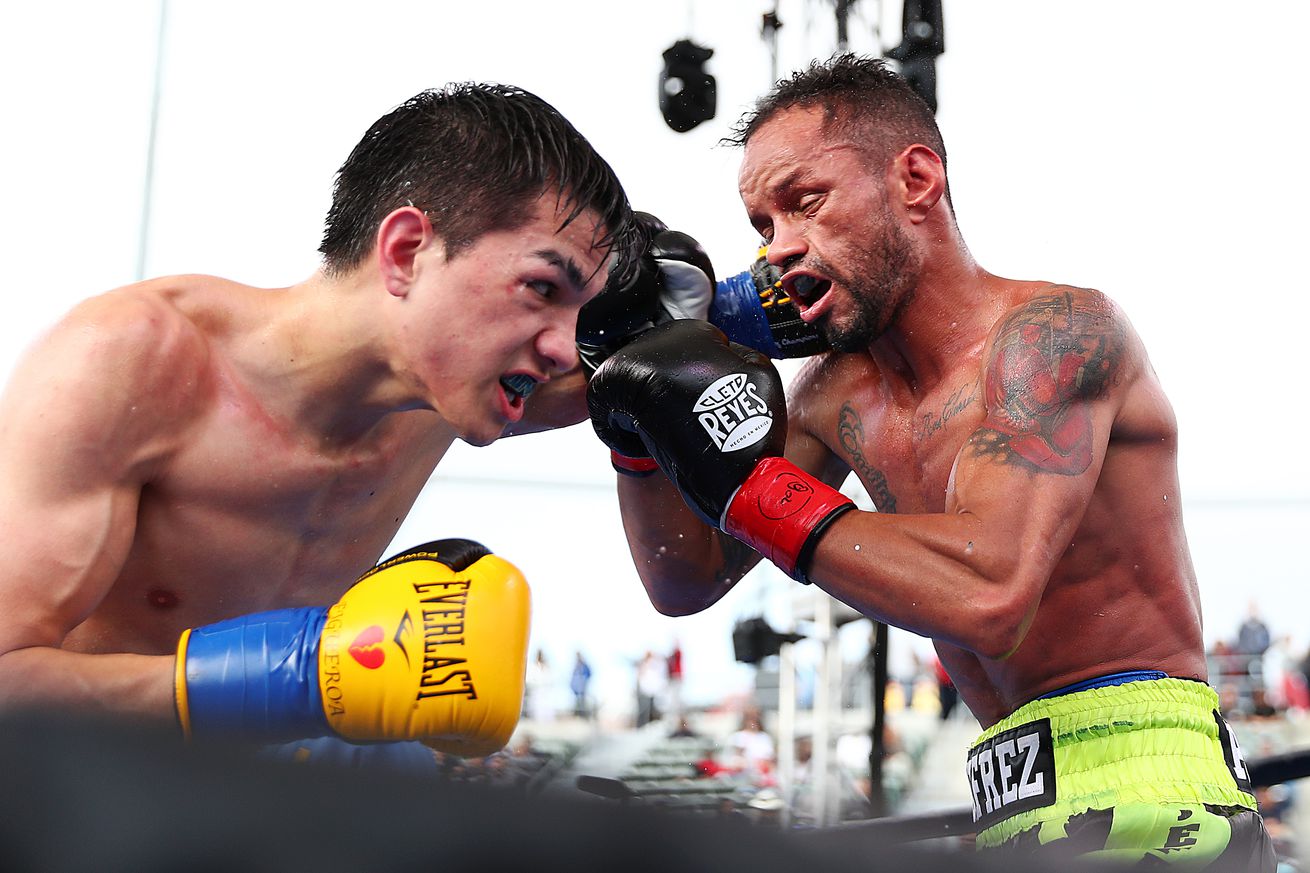 Interim WBA super bantamweight champion Brandon Figueroa will make the first defense of his title on August 24th, headlining a PBC on FS1 tripleheader against Javier Chacon in Edinburg, Texas.

“Chispita” Chacon (29-4-1, 9 KO) turned 38 last month and is in his 15th year as a professional. Though he’s yet to pick up a win outside of his native Argentina, his only losses in the past decade came against strong competitors in Anselmo Moreno, Jamie McDonnell, and most recently Isaac Dogboe in 2017.

He still doesn’t figure to be much of a threat to the 22-year-old Figueroa (19-0, 14 KO), who stopped Yonfrez Parejo for the belt in April. The victory extended “The Heartbreaker’s” knockout streak to six.

My bet would be that we get this sort of matchup for a while; “regular” champ Daniel Roman has Murodjon Akhmadaliev to deal with, then whatever mandatory the IBF scrounges up, so Figueroa won’t be fighting him anytime soon. Perhaps the winner of Diego De La Hoya vs. Ronny Rios next, if we’re lucky?