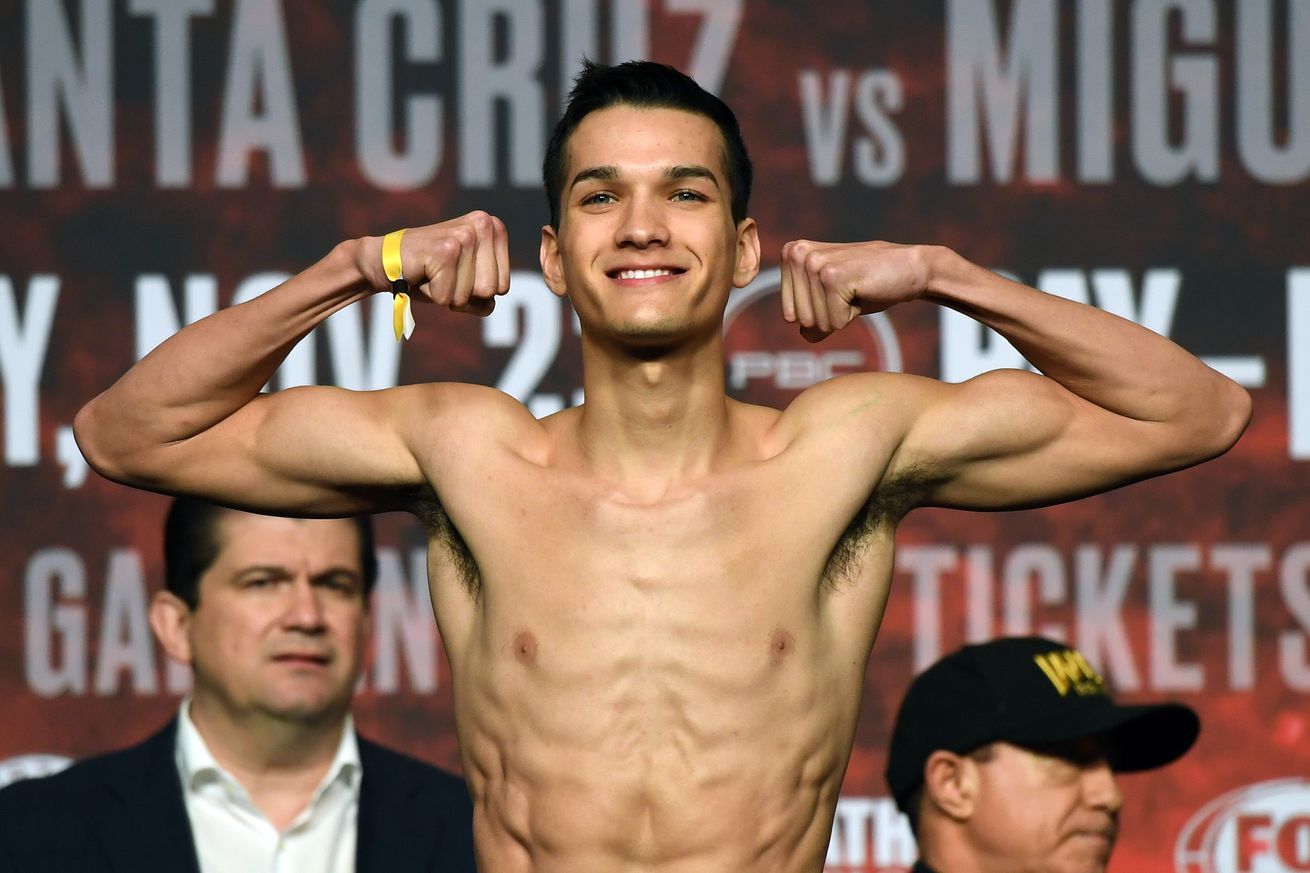 The 23-year-old Figueroa will want to impress in his Sept. 26 return, as it could be an audition for a bigger fight.

Brandon Figueroa’s last fight was not his best. His draw with Julio Ceja last November also came with asterisks, though, such as Ceja not even coming close to making weight for the bout.

But Figueroa (20-0-1, 15 KO) hasn’t focused on any advantages Ceja may have had, but rather his own performance, which he also says saw him not operating at his best physically.

“Heading into my last fight, I had some injuries that I was dealing with,” said Figueroa. “But with this pandemic and the quarantine, I got a chance to recover and fully heal. I’ve never had this much time between fights, so I feel great now and I’m prepared for this fight. I’m just anxious to fight at this point.

“I don’t take anything away from Ceja though. He came to fight. But we learn from every fight. What I took away from it was that even at the worst moment of my career, I didn’t lose. I’m a different fighter now, though. I’m healthy heading into this upcoming fight and I feel like everyone is going to see a different type of Brandon Figueroa.”

Figueroa, 23 and the holder of the WBA’s secondary “world” title at 122 pounds, is now set to return to action on Showtime’s big Sept. 26 pay-per-view. He’ll be facing Damien Vasquez, a fellow 23-year-old American who plans to go to war with Figueroa, which has been a trademark for Brandon and his older brother Omar, too.

Figueroa is OK with brawling it out, he says, and doesn’t think Vasquez will like the results if he sticks to his word.

“I feel like the action fighting has been my style and game plan since day one,” he said. “But I obviously believe I’d also have an advantage boxing him at distance. So he can say whatever he wants, I don’t think he’s going to want to go toe-to-toe with me. I can guarantee you he’ll regret that.

“I see this as the biggest opportunity of my career, and Vasquez is standing in my way. This is my chance to show everyone why I’m one of the best fighters in the world. I’m ready, I’m focused on Sept. 26 and I can’t wait to showcase my skills.”

Figueroa will also be surrounded that night with other fighters in the division, name guys he might want to take on soon. Luis Nery, coming up from bantamweight, will fight Aaron Alameda for the vacant WBC title, while former unified titlist Daniel Roman will take on former bantamweight titleholder Juan Carlos Payano. Figueroa will want to impress, as he definitely wants to get in with the top names in the division.

“At this point, I feel like any fight with me against a top 122-pounder is a great fight,” said Figueroa. “I’m willing to mix it up with any of them. I honestly don’t care who wants to fight me, I’ll take any of them to put on a great show for the fans. My team knows that as well. So hopefully after Sept. 26 we can make a great fight with any of the other top fighters in my division.”