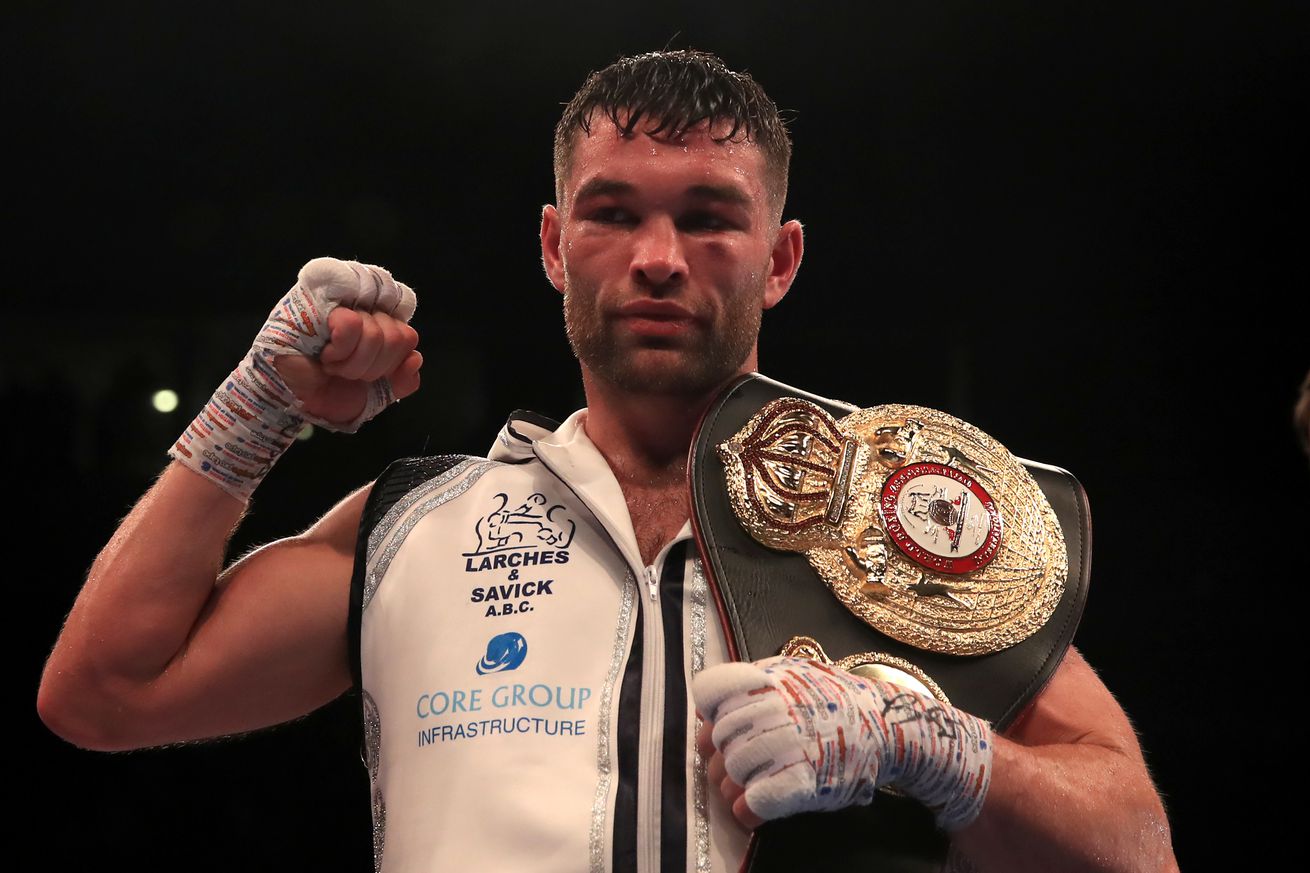 Scott Fitzgerald just eked out a victory over Ted Cheeseman, but the result is certainly debatable.

Scott Fitzgerald won the British junior middleweight title today in Newcastle, but it was hardly a rousing performance or a convincing victory, with plenty of reason to argue that Ted Cheeseman should have retained.

Judges scored the fight unanimously for Fitzgerald on tallies of 115-113, 116-113, and 116-113. Bad Left Hook also had the fight 115-113 for Fitzgerald, but it was a fight that really could have gone either way. DAZN commentators Nick Halling and Alex Arthur both were confident that Cheeseman deserved the win, and Cheeseman clearly felt he’d done enough, leaving the ring without doing a post-fight interview.

It was a surprising and in some ways disappointing fight, at least from an entertainment. Cheeseman (15-2-1, 9 KO) has always been known for his pressure and toughness, but he surprised literally everyone with a boxing-first approach tonight, and he stuck with it for the full 12 rounds.

But the 24-year-old Cheeseman also didn’t exactly light it up offensively. What he did effectively was negate a lot of the expected offense from Fitzgerald (14-0, 9 KO), but Fitzgerald also inarguably closed the fight stronger. He took the last four rounds on the BLH scorecard to sneak out the victory, and those final frames may have been what carried him on the official cards, too.

It was a debatable outcome to say the very least, and a rematch in 2020 seems quite possible, or at the very least Cheeseman getting another shot at the belt. It’s also possible Matchroom will look to make a grudge rematch between Fitzgerald and Anthony Fowler first. Fowler was ringside, and there’s more heat in that matchup.

“I was far from happy with it, but I definitely won the last three, maybe four rounds,” Fitzgerald said after the fight. “I definitely fell behind (early). I had to drag it out of myself.”

“I think for (eight) rounds, Ted Cheeseman put on a boxing clinic. I thought it was over,” he said. “I think Scott Fitzgerald won the last four rounds of the fight. Very close. Very close.”

It’s hard not to feel for Cheeseman, who came in with a surprising game plan, executed fairly well, and comes up short of a win for the third straight fight. He was outclassed by Sergio Garcia in February, no doubt about that, but his draw with Kieron Conway in June really should have been a Cheeseman win, and this one was plenty arguable in his favor, too.

How did you score the fight? Did Fitzgerald earn the narrow win, or was Cheeseman given the shaft by the judges?