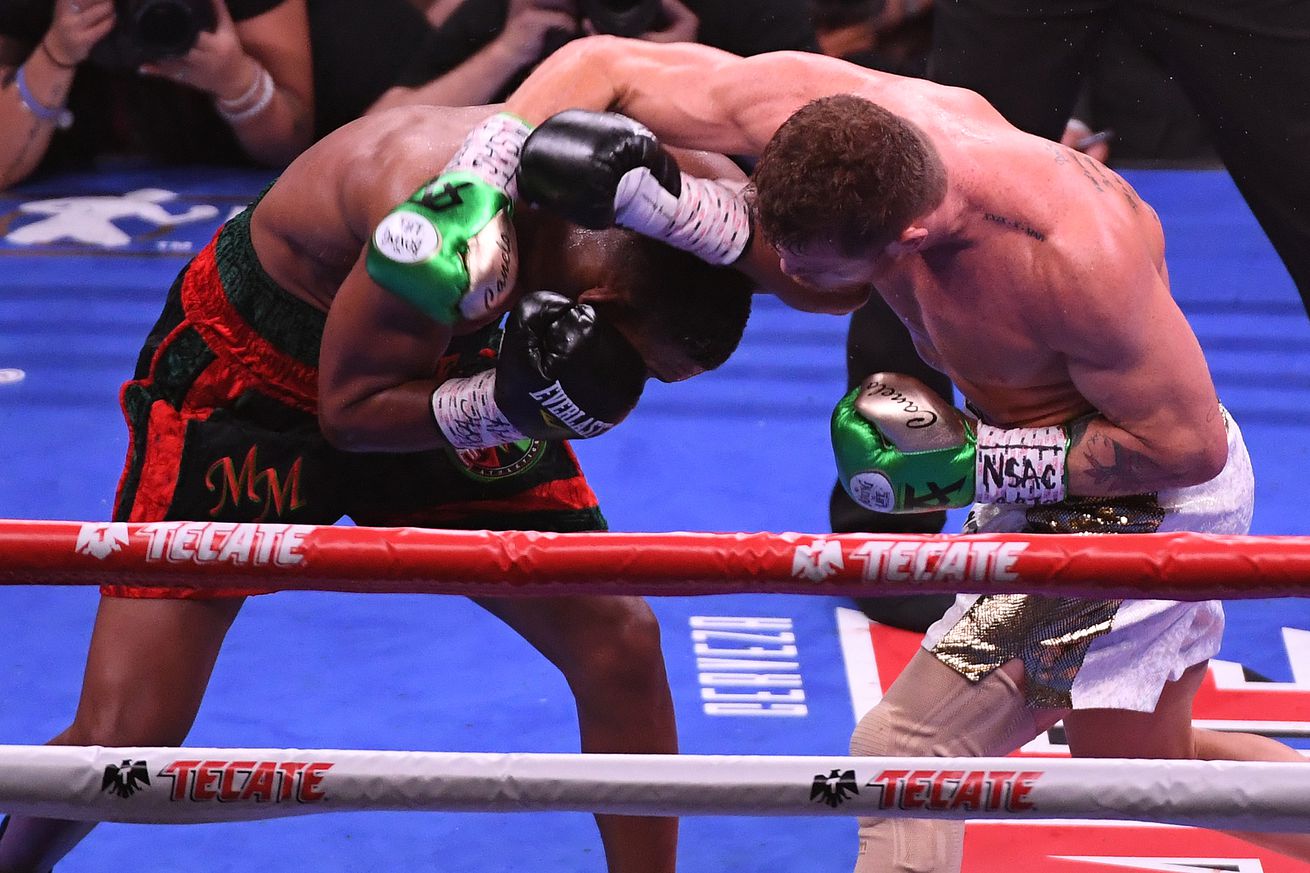 Maybe boxing didn’t NEED a great fight, but it badly could have used one, and we didn’t get it on Saturday.

I’m not saying boxing needed a thriller last night in that hyped middleweight main event at T-Mobile in Las Vegas. But I’ve seen and heard a level of demoralization, of dissatisfaction, with the sport as a whole from fans and media in the last few months.

Wilder vs Fury was not a barnburner, but was saved by that late inning knockdown and resurrection move by Fury. But goodwill from that was semi-wrecked, with the it-makes-too-much-sense-not-to-do-it rematch yanked off the table last minute.

Then you had the Pacquiao vs Broner clash, also PPV, which got skunked by Broner’s weak effort. Expectations were not met, by and large. And then Errol Spence proved to be too much man for Mikey Garcia, who won but a couple 60 second spans over the course of 12 lopsided rounds. And again, high expectations were dashed.

Then Amir Khan spurned the unspoken contract that supposed high-level pugilists sign: to give their very best effort, to go above and beyond, and show a larger reservoir of courage than us mere mortals are capable of. Expectations set, then dashed. December, January, March, April and now to May, tables were set for feasts, and then they brought out fast food fare.

One hoped and thought it possible, when you heard the hype, that Danny Jacobs would rise to the occasion and be the very best version of himself, maybe even a tick better than he thought possible, because fate decreed it. Beat cancer, came up the tiniest bit short against bogeyman Gennadiy Golovkin a couple years ago. Now was the time that the story would be culminating in a proper climax, that majestic chapter of glorious triumph. Beating cancer, and now Canelo — never ran, never will, from Brownsville, Brooklyn, a Hall of Fame-level outing. The table was set.

But the gala didn’t go as that best laid plan — the one you wanted, almost needed as a fan to rinse the bad taste from the diet boxing has put out for you of late. PED positives, political gulfs making Spence vs Crawford — a no-brainer, best vs the best battle that would again give us a chance to give the masses a thriller that would snag some casuals who watch into becoming die-hards — a no-chancer.

We kinda-sorta-almost-definitely needed a classic. But hey, at the least guys got paid real, real good.

Here are top takeaways from the May 4 Canelo vs Jacobs tango in Vegas.

My 12-year-old daughter stayed up way too late to watch. And rounds passed, and she had the same reaction as the majority in that arena did. She watched, and she paid attention. But she hoped for that lift-off, those moments when — you know what it looks like — caution goes into the wind and they trade, and for 10 seconds, we are lost in the blur of that structured violence, when anything can happen and it damn well probably will. There was what, two of those moments over 12 rounds? Not a classic, my 12-year-old said in saltier terms.

2) NOT SPONSORED BY SHARPER IMAGE

I watched at the home office, with Mitch Abramson, ex-Daily News and RING, and Dr. Johnny Lops, as knowledgable a fan as you’ll see. And we saw from the get-go, Jacobs wasn’t on. Not too crisp. Looked big but where was the snap? And Canelo, I realized, wasn’t going to look the same against Danny as he did Rocky Fielding. I know, I know; “Wake up, Woods.” Fielding is two steps down from Danny. But the ripping and strafing we saw versus Fielding, we didn’t get that from the Mexican so much on May 4.

And but of course, there are reasons for that. Jacobs fought smart from a defensive standpoint, especially when he went lefty. Canelo didn’t at all really have copious answers for that. But his own offense as a lefty isn’t as smooth as when he’s a righty, so the Brooklyner sacrificed some O for better D, and that wasn’t going to win him the scrap. We at home wondered if Canelo’s knee was hurting. Nope, a Golden Boy source told me after they didn’t hear anything about that.

We are smack dab in the middle of it, and it’s a mixed bag. For the long-term outlooks for many of these fighters, this will be seen as a golden era. Great purses and fewer outings, so less head trauma. Down the line prospects will be better.

But there is that other side. Boxers are fighting smarter, not harder now, oftentimes. Risk-reward ratios have been reconsidered. And most boxers now are not willing to give as much of themselves to the sport. And you have to respect those folks for their stance. But the sport as a whole will have a hard time flourishing if that is the norm.

In the last five years, we have not grown the eyeball pool. The ratings tell you this. We see numbers under 300,000 for name fighters. And yes, that can partly be attributed to entertainment market saturation. So many options means most everyone’s numbers are down from 10 years ago. But on Saturday night, once again, we didn’t snag new casuals. No one watched that, if they were giving boxing a chance, and said, “Oh yes, you got me, I get it, now I know why the sport has diehard fans.”

And yes, for the greater good of the sport as a whole, long-term, that is what we want. But the sort of fights that are deemed “fan-friendly” are not ones that as many boxers want to engage in these days. Did you see this Tweet from Hall of Famer Russell Peltz?

He’s been to all the rodeos since the 1960s and he can lay out in excruciating detail the change in the sport and the mindsets of many of the participants. And he makes it clear where he stands. But if platformers are willing to pay $10 million or $35 million for main eventers, and these guys can get those checks without going Gatti, then credit to them for having the cake and eating it, too, and getting some to take home for the fam, as well. It’s complicated, isn’t it?

I’m “just” a media guy, but I stand by my oft repeated refrain I share on Facebook FightNight Live. The guy not seen as the “hometown” guy, the out-of-towner, the non-golden goose, he (or she) comes to the arena two points down. That is a fact of life, time has proven that out.

We talked with Jacobs trainer Andre Rozier the week before the scrap and we asked him if his guy would be gunning for the KO, with the understanding that it would be hard to get benefits of the doubt from the judges in the zone where Canelo is the cash cow. Rozier said he trains his guys to think KO, but no, he said, they wouldn’t be making the assumption that Jacobs was coming in two points down.

Now those cards, two of them, actually bolster the Rozier stance. Two 115-113s, many if not most who watched the bout thought the margin of the Canelo win was wider than that. But I stand by my stance, and think it wise for any “B-side” trainer to adhere to my thinking. Human nature being what it is, you may as well acknowledge that; live with both feet in the reality-based (and sadly cynical) world, and train your guy to gun for the KO, because nine times out 10, B-Side Bob ain’t getting the benefit of the doubt on enough cards to be justly rewarded. But one dynamic really affects this issue.

2 thoughts on “Five big takeaways from Canelo-Jacobs, and where boxing stands”