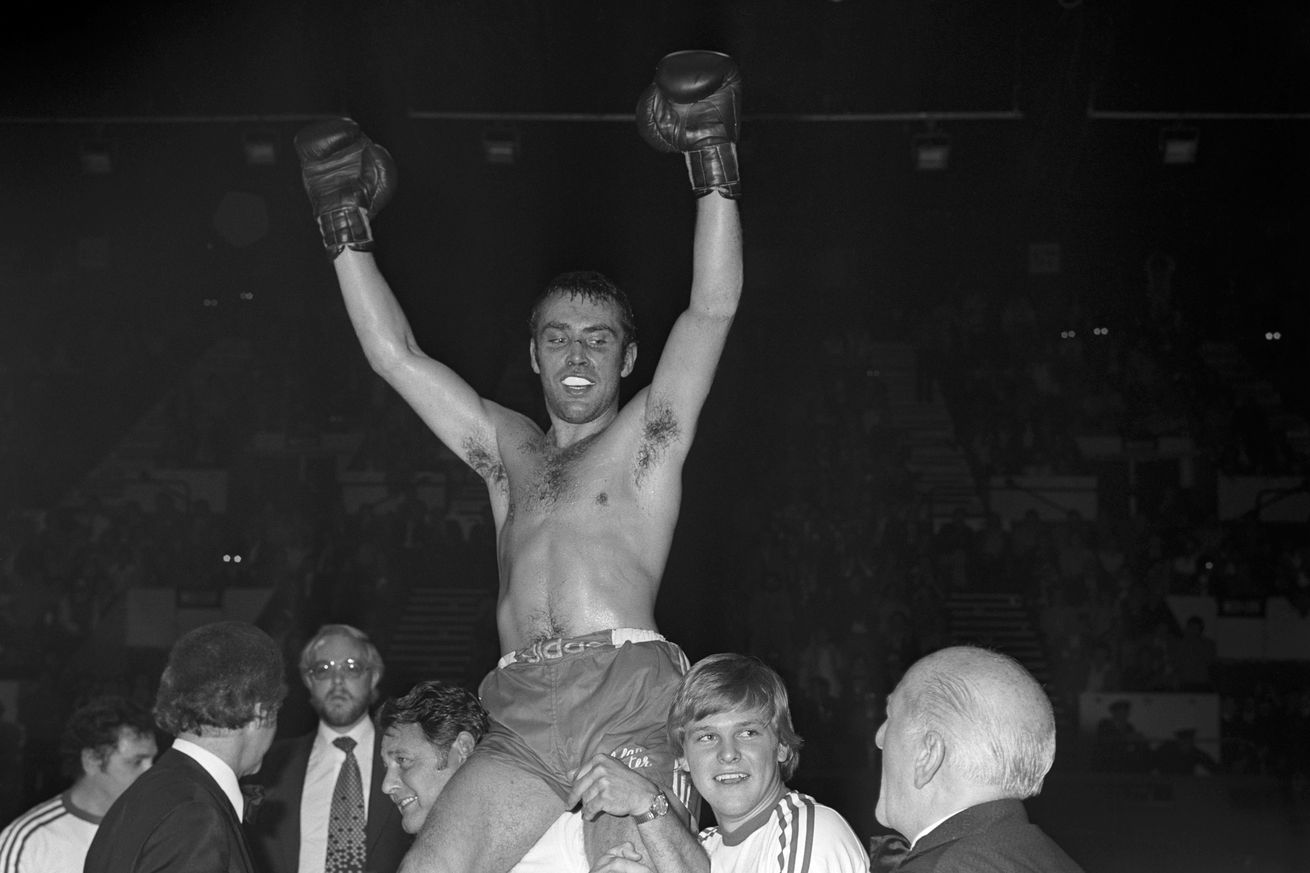 Britain’s Alan Minter, who held the undisputed middleweight title in 1980, died of cancer yesterday at the age of 69.

Though plagued by cuts throughout his career, accounting for many of his early defeats, “Boom Boom” won the British and European middleweight titles on multiple occasions. An eight-fight winning streak set up a 1980 clash with unified WBC/WBA middleweight champion Vito Antuofermo, who had fought Marvelous Marvin Hagler to a draw one fight prior. Minter initially beat the Italian veteran by split decision, then sealed the deal in their rematch with a cut stoppage.

Then came the most infamous fight of his career, pitting him against the aforementioned Hagler at Wembley. Minter declared beforehand that he’d never lose his title to a “black man,” and after bowing out in the second round due to some gnarly cuts inflicted by the Brockton menace, the crowd responded by hurling beer cans at Hagler and kicking off a riot.

Minter would fight thrice more, defeating Ernie Singletary, dropping a split decision to Mustafa Hamsho, and falling to Tony Sibson before hanging up the gloves at 30. He finished his career with a 39-9 (23 KO) record.

Many of his countrymen chimed in to paid tribute.

Very saddened to hear of the passing of my friend & former world middleweight champion Alan Minter. My condolences to Ross & all the family.
RIP Boom Boom

Just heard the very sad news that our boxing family has lost one of our own in former world champion alan minter. You’ll always be a brutish boxing legend and a gentleman alan. My love & very best wishes go out to Ross & the whole minter family at this time.Ricky. X pic.twitter.com/UTXUYgnhxS

Alan Minter RIP. Alan & I worked together many times a great boxer in his day I would ask people to look at the old footage of him fighting a great boxer a sad day for British Boxing RIP “Boom Boom” pic.twitter.com/frIBFp9FJO

All at Queensberry are very sad to learn of the passing of Alan Minter. Our deepest condolences to his loved ones.

Boxing has lost one of it’s real gentlemen. RIP

We at Bad Left Hook wish his friends and family the best in their time of mourning.