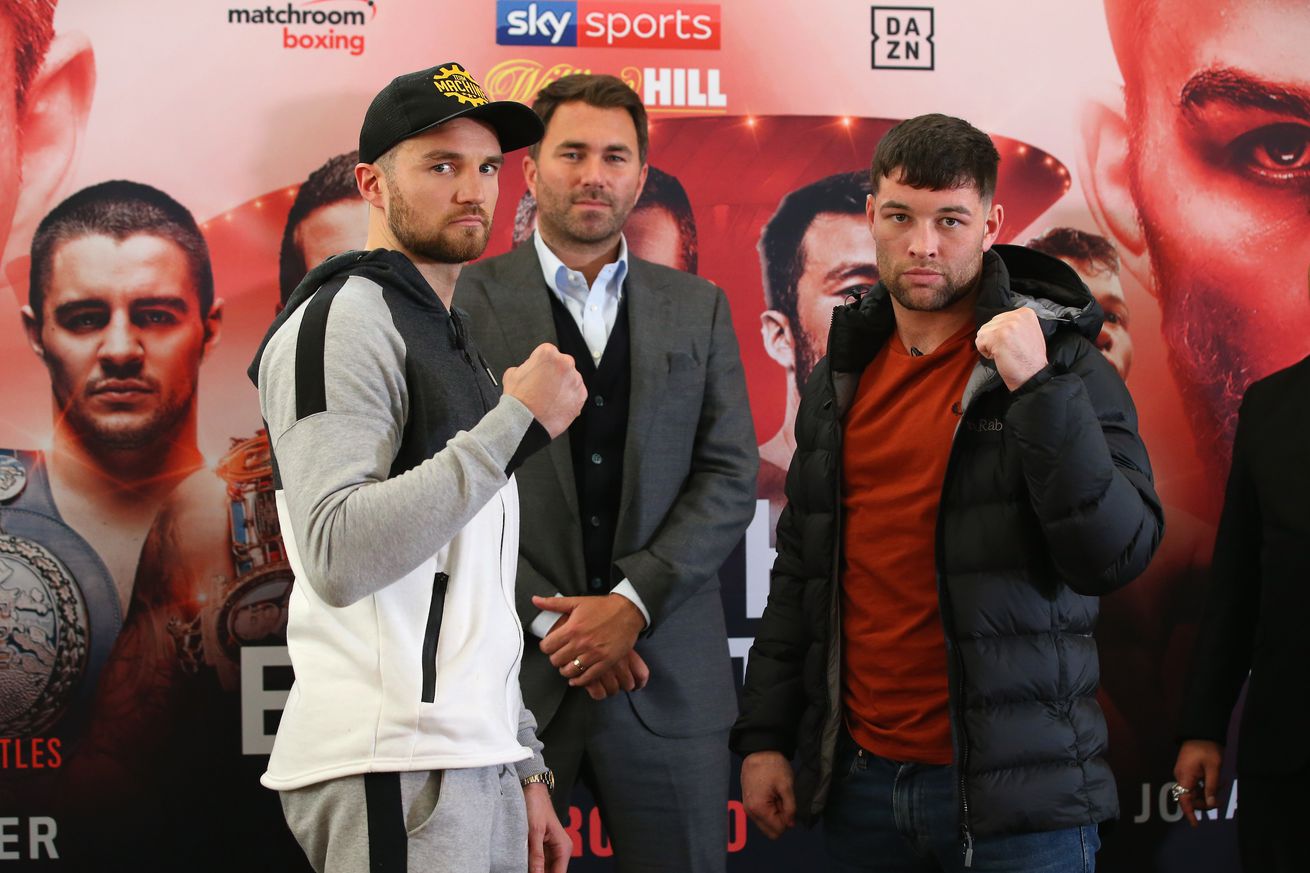 Anthony Fowler and Scott Fitzgerald are both 154-pound prospects, both unbeaten, and on Saturday, they clash in what may be the most intriguing fight of this coming weekend, on the Smith-Eggington DAZN card from Liverpool.

The 28-year-old Fowler (9-0, 8 KO) and the 27-year-old Fitzgerald (12-0, 9 KO) were amateur teammates at the 2014 Commonwealth Games, both winning gold — Fowler at middleweight, Fitzgerald at welterweight.

But they’ve traded barbs on social media in recent times, building anticipation for this showdown of unbeaten hopefuls, and Fowler is confident that it’s going to be easy for him when all is said and done:

“He’s been forced into having this fight with me and you’ll see the difference between me and him when that bell goes on Saturday night. I honestly can’t wait. … I beat him when we were younger coming up in this game, and it’ll be the same result again on Saturday night. I’ve got no idea where he’s got his tongue and his confidence from in the last few months, but he’s going to look stupid on Saturday night. I’m going to give him a lesson, then take him out. … Loads have this as close — it looks close on paper — but I swear down, this will be an easy fight for me.”

A recent example of a fight similar to this happening on British soil came in 2011, when James DeGale, then 10-0, faced George Groves, 12-0 at the time. Groves had beaten DeGale in the amateurs, though DeGale would go on to greater amateur glory, winning gold at the 2008 Olympics. Thus, DeGale was the favorite when they met up early in their pro careers.

But Groves beat him again in a close, highly competitive fight that had featured a lot of genuine animosity in the lead-up.

Groves and DeGale, of course, both went on to win world titles.

Time will tell what the future holds for Fowler and Fitzgerald, but Saturday is a big fight for both of them, and they’ve talked a good game coming in.