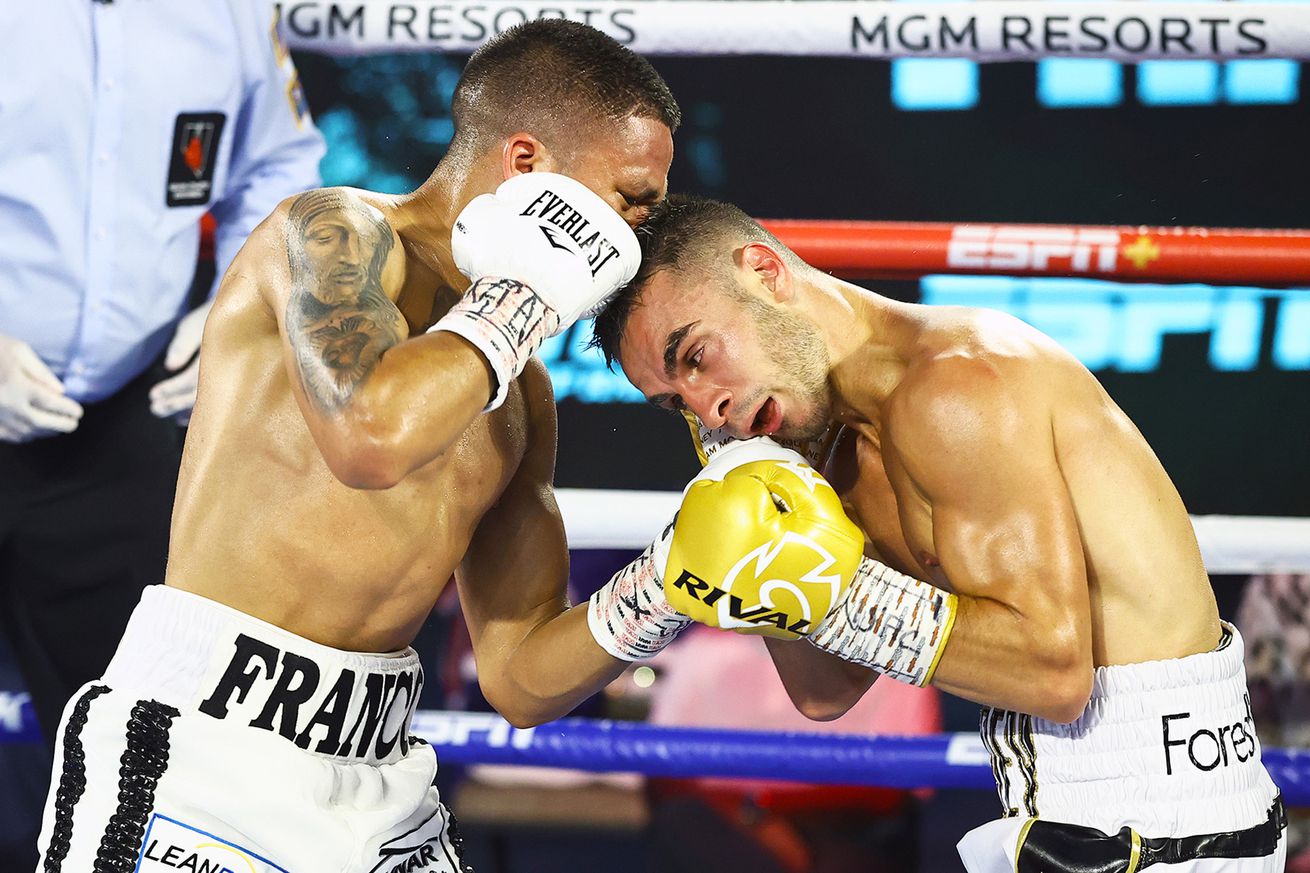 Terence Crawford’s November 14th clash with Kell Brook will have some strong support, as ESPN reports that Joshua Franco’s contractually mandated rematch with Andrew Moloney will serve as the co-feature.

“There wasn’t any other thought in his head,” said Tony Tolj, who manages both Andrew and his brother, bantamweight title contender Jason Moloney. “He just had the tunnel vision to go straight into that fight because he was just so disappointed in himself and there were some factors with a couple of injuries in that fight — but you never like to make excuses with injuries. That’s part and parcel with this game.”

Franco (17-1-2, 8 KO), previously known for his 2018 upset loss to Lucas Leone and highly entertaining trilogy with Oscar Negrete, was a sizable underdog when he first met Moloney (21-1, 14 KO) in June; only Scott was crazy enough to call a Franco win, and even he admitted it was more of a gut feeling than anything. Then he went and thoroughly overpowered Moloney as the fight progressed, dashing the latter’s hopes of challenging Roman Gonzalez for the “super” version of the title.

Moloney immediately exercised his rematch clause, so here we are.

I’m mentioned my opposition to immediate rematches many times over, but I can’t imagine their second meeting being any less entertaining than the first. It’ll definitely be more competitive than the main event, at least.