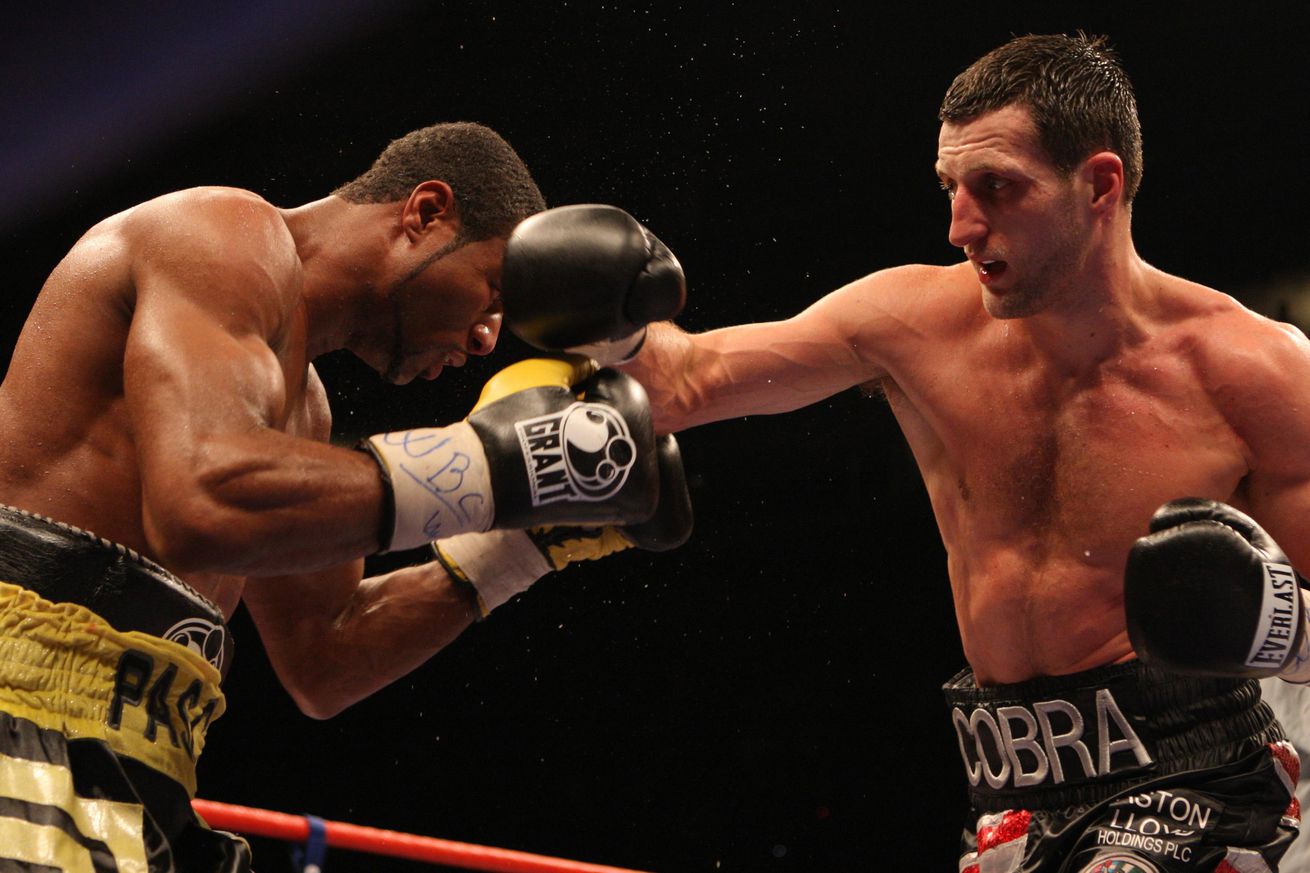 Believe it or not, he’s even more proud of his first world title victory.

Former three-time super middleweight titleholder Carl Froch gone on and on over the years about the final fight of his career, which you may have heard a time or two took place in front of 80,000 screaming fans at Wembley Stadium, when Froch stopped George Groves in their 2014 rematch to retain the WBA and IBF titles.

He retired from the sport on top, and has since gone on to work for Sky Sports as a boxing analyst. The “80,000 at Wembley” bit has long since taken on a life of its own, but when asked what his proudest achievement was in boxing, Froch goes back to 2008 at Nottingham Arena in his hometown.

That night, he faced Jean Pascal, both of them unbeaten and vying for the vacant WBC 168-pound title.

“My career highlight was winning my first world title against Jean Pascal, because I wasn’t 100 percent confident in myself or my abilities,” Froch says, noting that he never even was sure about turning professional, and had to be talked into it by trainer Rob McCracken.

“I was watching Chris Eubank and Nigel Benn knock seven bells out of each other. I thought: ‘Look how big they are, look how hard they punch.’ I was a skinny kid with no confidence. So winning the green and gold belt, the WBC, was my career highlight.”

Froch, who retired with a record of 33-2 (24 KO) after a 12-year pro career, fought just about everyone there was to fight at 168 during his active years, other than Joe Calzaghe. He has some strong career highlights to choose from — the win over Pascal, a stunning late rally in 2009 to knock out Jermain Taylor, taking Lucian Bute’s “0” in strong fashion in 2012, a rematch win over Mikkel Kessler in 2013, the first Groves in in 2013, the Wembley rematch in 2014. We joke about certain things, of course, but Froch really was a hell of a fighter who had a hell of a career.

And as for that fight with Pascal, not only was it Froch’s first world title win, but it was a terrific, hard-hitting fight between two young, hungry guys out there looking to prove they belonged on the world stage. Both would prove that they did that night and beyond.