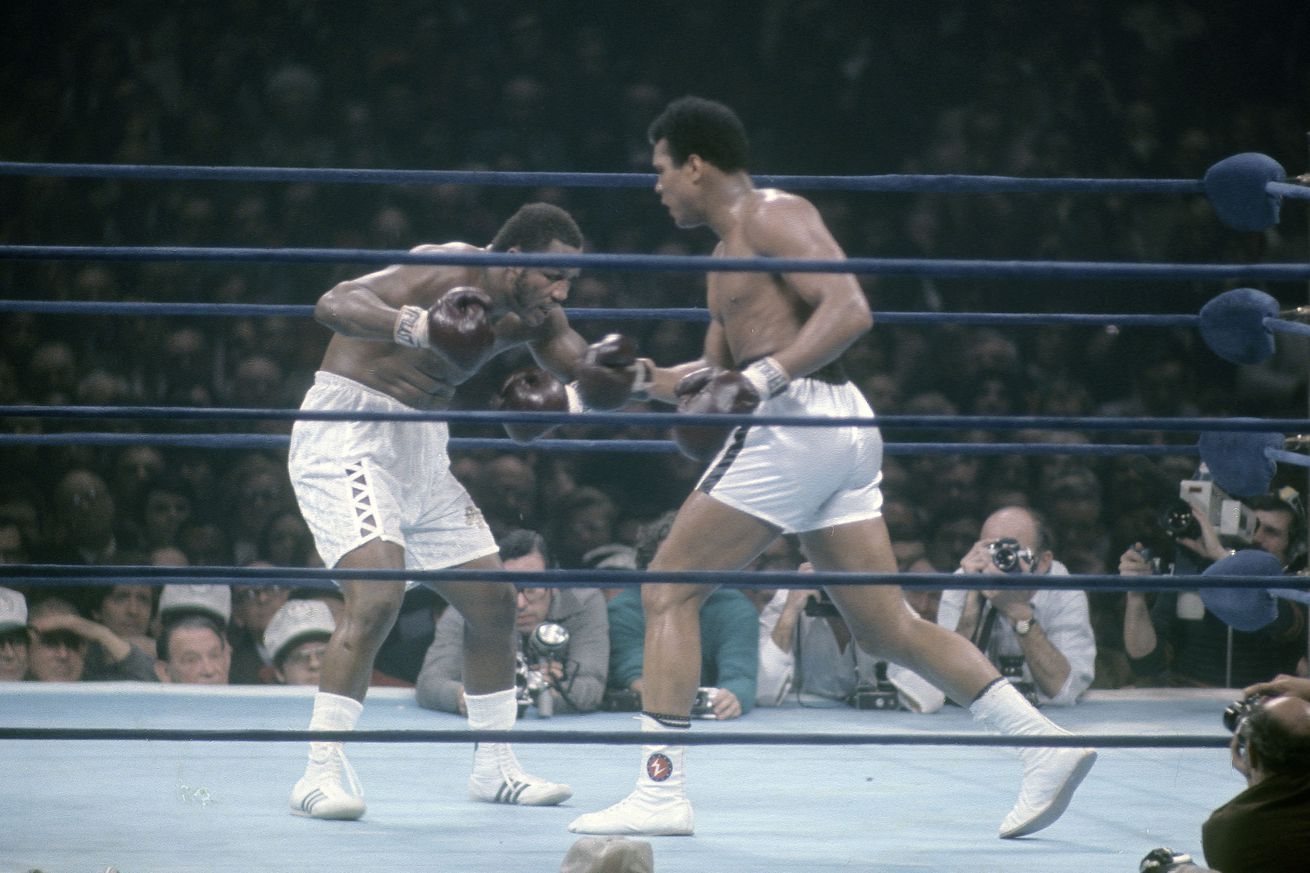 Photo by Focus on Sport/Getty Images

In the least-regarded of the Ali-Frazier trilogy, Muhammad Ali takes a win over Joe Frazier in the second bout.

A handful of boxing trilogies, at the very least, have seen the second of the three bouts become regarded as the the least of the three.

In later years, the Gatti-Ward trilogy saw its second fight all but brushed aside in favor of I and III. The Barrera-Morales trilogy, too, saw the middle bout treated as the weak link in the three fights. Vazquez-Marquez, which went to a regrettable fourth fight, may have had its “worst” fight (still great) in the second outing.

The trilogy between Muhammad Ali and Joe Frazier, probably the most famous three-fight series in boxing history, is no different. Frazier had beaten Ali in 1971, causing the great Ali to reset to some degree. Between the first and second bouts, he’d had a pair of rough nights with Ken Norton, first in 1973 and then later in the same year. But Muhammad’s goal had always been to get back to Joe Frazier. And he did.

Believe it or not, the fight had in 1974 had just as much horseshit TV promotion as we’ve seen in modern years:

On January 23, 1974 (5 days before the rematch), Ali and Frazier visited the ABC studios in New York City to review their first fight for ABC’s Wide World of Sports. While both fighters were reviewing round 11, Ali began trash talking and calling Frazier “ignorant” for mentioning the hospital as Frazier spent a month in the hospital after the first fight. This enraged Frazier who stood up from his seat and squared up to a seated Ali, repeating, “Why you call me ignorant? How am I ignorant?” While Frazier was not looking at Ali as the studio crew and his entourage tried to calm him down, Ali held Frazier by the neck forcing him to sit down which broke out into a fight on the studio floor. Both fighters were subsequently fined for this and the stage was set for their rematch in the ring.

Also before the match, Ali and Frazier appeared together (along with British Journalist Michael Parkinson) on The Dick Cavett Show where there was both humor and obvious tension which included the removing of jackets and mock blows between Ali and Frazier.

The fight itself is without question the most tactical of the three Ali-Frazier bouts, with Muhammad taking a 12-round unanimous decision.

But like Gatti-Ward 2 and Barrera-Morales 2, is it actually a bad fight? No. At least not in my estimation. We’ve seen a million worse fights, all of us. It is “bad” compared to what came before and after, but compared to the average Saturday night? Pretty good, at the very least.