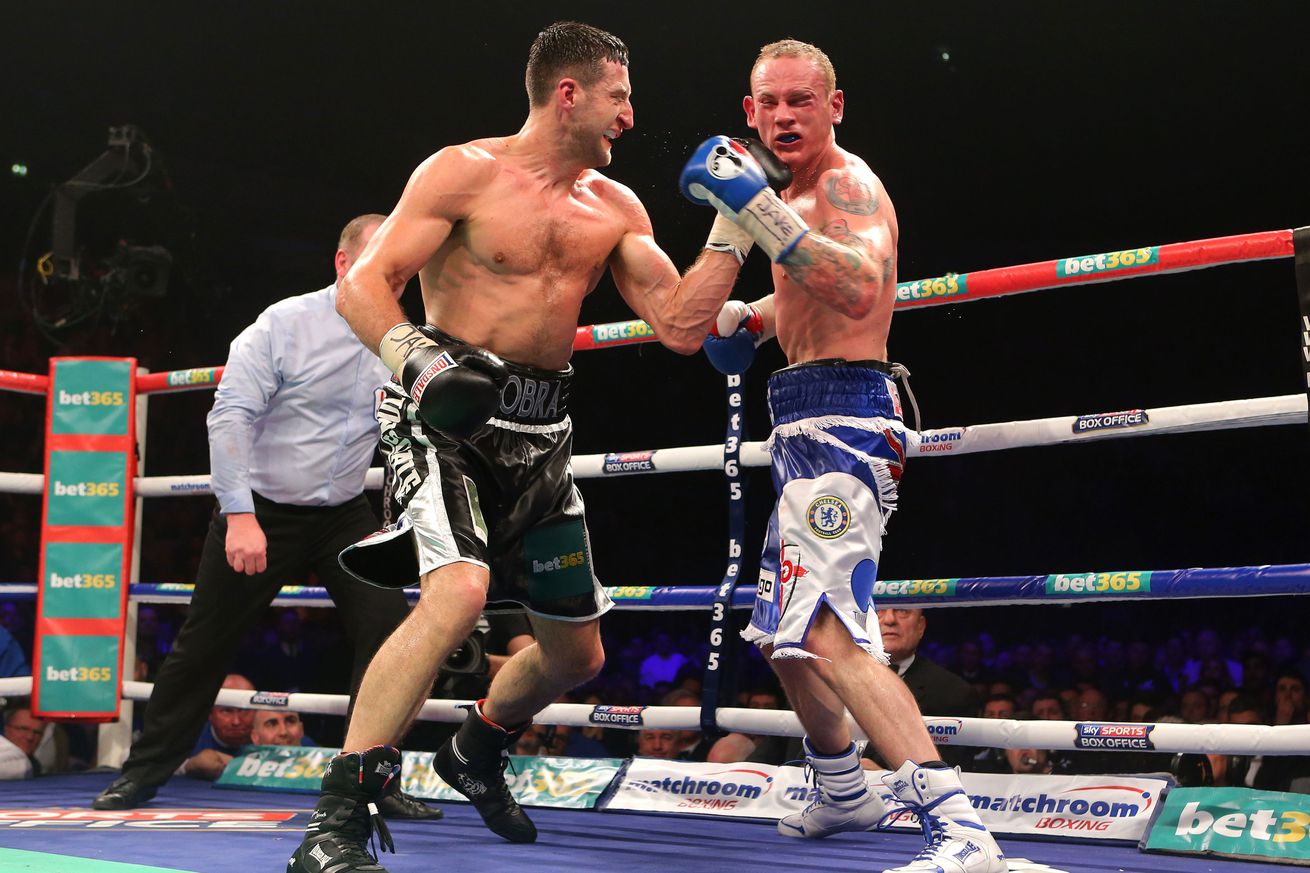 The fight has been brought up again this week by both men.

The first meeting between Carl Froch and George Groves has been back in the news this week, with Groves saying he could have stopped Froch in the opening round with more time, and Froch predictably dismissing that as “nonsense.”

The 2013 bout in Manchester saw Froch (31-2, 22 KO coming in) defending the WBA and IBF super middleweight titles against the unbeaten Groves (19-0, 15 KO). Some did feel that it could be Groves’ time; he was 25 years old, on the way up, challenging for a world title for the first time. There was a lot to like about George Groves, even if he hadn’t always overwhelmed lesser foes.

But at 36, Froch was still a solid if not overwhelming betting favorite, owing to how good he’d looked in three straight wins, including a pummeling of Lucian Bute and a strong rematch win over Mikkel Kessler, following a loss to Andre Ward in 2011.

Groves came out more than solidly, dropping Froch in the first round, stirring the crowd up big time. It was no flash knockdown, it was a heavy shot that drilled Froch square. But Froch survived being dropped on that right hand, and after a shaky second round, he started getting to business. Groves fought well, but Froch’s determination just never wavered.

Froch was down on the cards (76-75, 76-75, and 78-73) going into the ninth round, but he buzzed Groves and had him reeling. Froch’s pressure was pretty sloppy, but he was pouring it on all the same, and referee Howard John Foster stepped in to stop the fight, igniting a ton of controversy.

Watch it for yourself up top and judge it today. Was Foster’s stoppage the right call? Even if you think Froch would have gotten Groves out, should Groves have been given more of a chance to fight through it, as Froch had been given repeatedly in the fight?