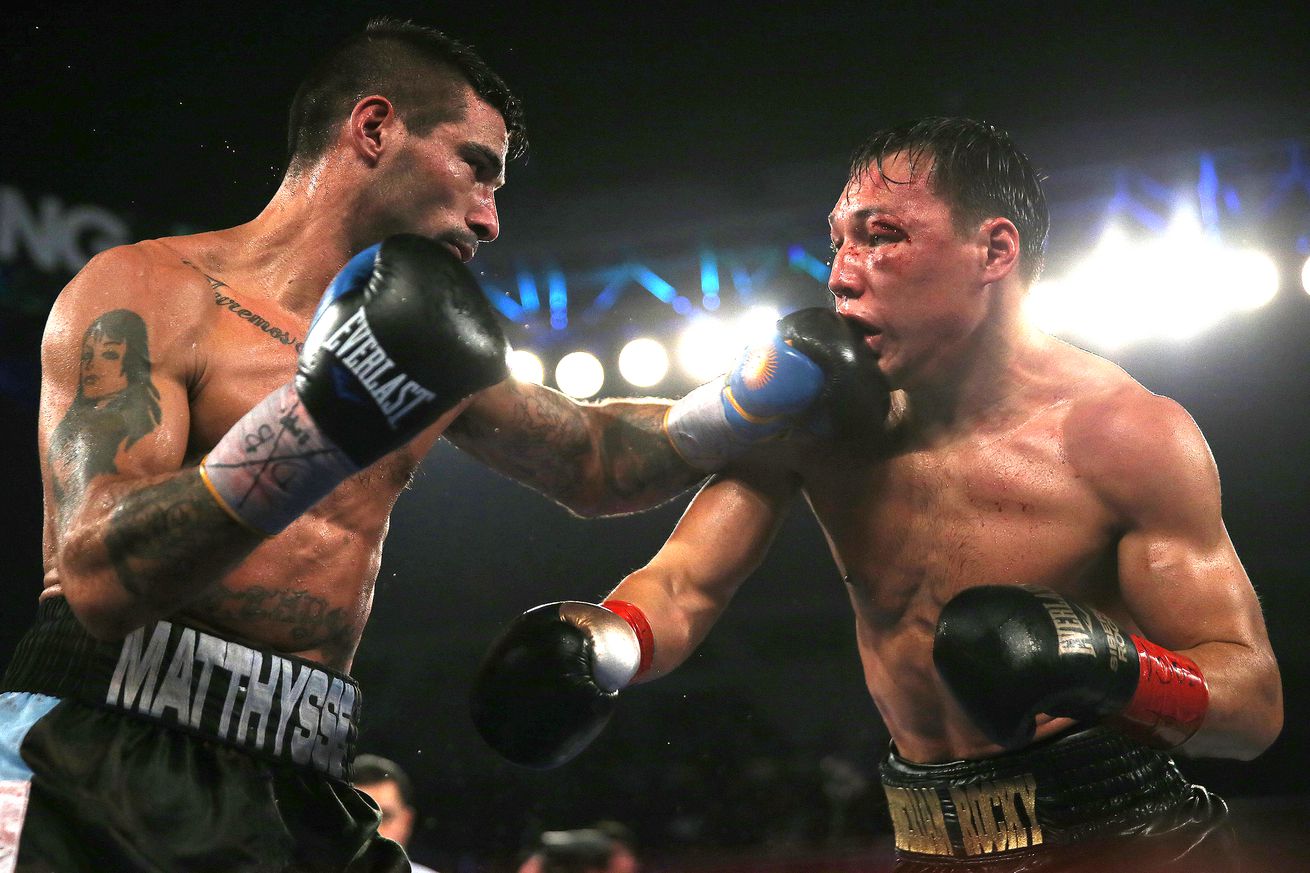 Lucas Matthysse and Ruslan Provodnikov lived up to their reputations in a hard-hitting brawl in 2015.

When knockout puncher Lucas Matthysse and come-forward mauler Ruslan Provodnikov signed to fight in 2015, it seemed like a match made in heaven, at least if you weren’t the fighters, who were expected to have to go through hell with one another.

We didn’t quite get the all-time classic you could reasonably have hoped to see, but it’s hard to say the fight was disappointing, either. Provodnikov (24-3, 17 KO coming in) had gone 2-2 in his last four outings. He lost a war against Timothy Bradley Jr in 2013, but bouncing back to stop Mike Alvarado seven months later. That was followed by an upset defeat against Chris Algieri, and then a win over the shell of Jose Luis Castillo.

But when matched with proper opponents, you could bank on Provodnikov providing some highlights, and he did it again with Matthysse (36-3, 34 KO coming in). Unfortunately for Provodnikov, a lot of his highlights in this fight were based on his awe-inspiring ability to absorb punishment. Matthysse drilled Provodnikov with the sort of shots that might well have knocked out any other 140-pounder in the world, and he was consistently doing damage.

But Provodnikov just would not go away. It was incredible. And every time it looked like Matthysse might have fully had him, he’d hang in there, get some back, and keep forcing the fight. A late rally from Provodnikov wasn’t enough, though, as Matthysse edged a majority decision win.

It wound up being the last really good win over Matthysse’s career, arguably. He’d lose an upset to Viktor Postol in Oct. 2015, then beat Emanuel Taylor and Tewa Kiram in 2017 and 2018 before a loss in Kuala Lumpur against Manny Pacquiao in July 2018, after which he announced his retirement.