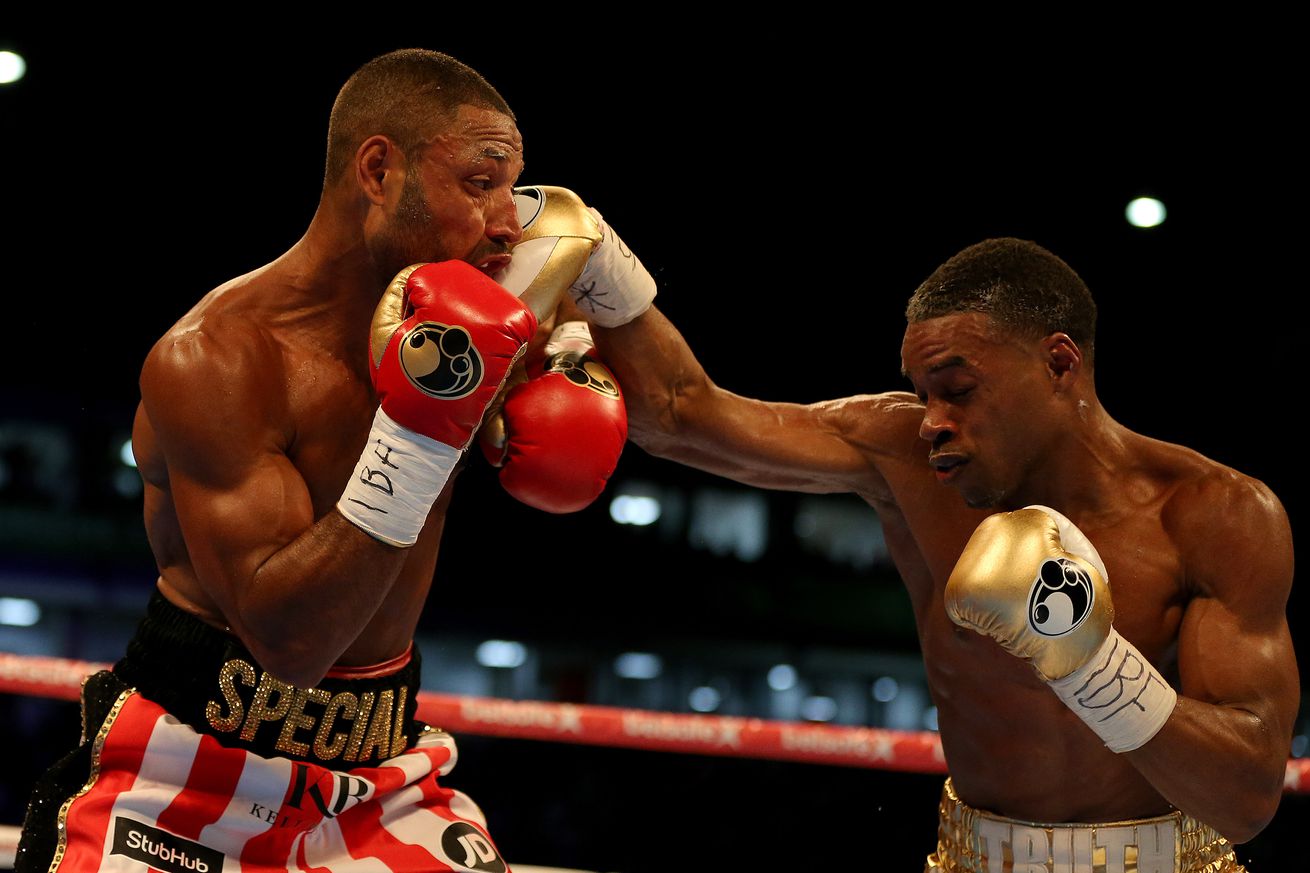 The American went across the pond to win his first world title in 2017.

The 2012 U.S. men’s Olympic boxing team had historically poor results at the Summer Games in London. None of the fighters managed to win a medal, and questions banged around for a while about what could possibly be done to fix amateur boxing in America.

Reality is probably just that young American fighters, many of them at least, are simply never going to be more focused on Olympic dreams than they are eventual pro paydays. If they’re really, really good, they might still win a medal. Otherwise, the sport has grown around the world so much that we have powerhouse amateur programs in a lot more countries than used to be the case. It’s a wider-reaching field of talent than ever before.

But I also always struggle to call that 2012 Olympic team bad. Unsuccessful? Yes. Again, historically so. But bad?

Even then, it was clear there was major talent on that team. Of the men’s participants, five of nine have at this point won world titles in the professional ranks: Rau’Shee Warren, Joseph Diaz Jr, Jose Ramirez, Jamel Herring, and Errol Spence Jr have all reached that level. Of the other four, Marcus Browne has won (and lost) an interim title and remains a contender, Dominic Breazeale has twice fought for a world title, Michael Hunter fought for a cruiserweight title and is now an interesting possible contender at heavyweight, and Terrell Gausha have bought fought for world titles, too.

I know their results stunk in London. But man, that’s a tough squad of fighters to call bad, and probably — at least in my view — further illustrates the fact that young American standouts just aren’t as focused on the amateur style. If it was purely a lack of talent, that team that won zero medals would really not have done this well in the pros.

Spence really did look to be the best of the lot in London, too. Many of them had obvious pro potential with their styles — I thought Ramirez and Diaz in particular did, in addition to Errol. But Spence was the real standout, and he came closest to medaling, too, losing to Russia’s Andrey Zamkovoy in the quarterfinals after a controversial second round win over India’s Vikas Krishan, which came via appeal.

Spence turned pro late that year, and he just kept mowing down the limited opposition put in front of him. By 2015, it was veteran guys like Samuel Vargas, Phil Lo Greco, Chris van Heerden, and Alejandro Barrera. In 2016, it was Chris Algieri, a former titleholder at 140, and Leonard Bundu, a former European champ.

Finally, on May 27, 2017, Spence got his shot at the IBF welterweight title, but it wouldn’t come easy. He’d have to go to Sheffield, England, to fight Kell Brook in Brook’s hometown at Bramall Lane.

The 31-year-old Brook (36-1, 25 KO coming in) was unbeaten at 147 pounds, having taken his title from Shawn Porter in 2014. But his title reign had also been, frankly, pretty lousy — wins over Jo Jo Dan, Frankie Gavin, and Kevin Bizier weren’t exactly inspiring so much as they were as easy as everyone expected them to be.

In Sept. 2016, though, Brook made a bold and reckless jump to 160 pounds to challenge Gennadiy Golovkin for the WBC and IBF middleweight titles in London. He gave a good accounting of his skills, but Golovkin was just too big and strong, fracturing Brook’s right eye socket before the towel came in at 1:57 of round five.

Going back down to welterweight after fighting at middleweight is not easy, nor is coming back from that sort of injury to face someone as good as Spence. But Brook did just that, and he gave it a serious go.

Brook challenged Spence unlike anyone had to date. In front of 27,000 hometown fans, he fought his guts out, and it was a really good fight. While I had Spence winning, Brook had been highly competitive. The chess match gives way to a war of attrition in the middle rounds, and in the seventh, Spence fractured Brook’s other eye socket, not the one Golovkin had the previous year. Brook went down in the 10th and 11th rounds, and had to pack it in there, living to fight another day.

Brook has since gone 3-0 in mid-level fights in the junior middleweight division, unsuccessfully chasing a big domestic showdown with Amir Khan, but has been in talks to possibly move back down to 147 and fight Terence Crawford for the WBO title, though negotiations are currently on hold.

Spence lived up to the hype against Brook, and has kept on winning. After thrashing Lamont Peterson and Carlos Ocampo in 2018, he dominated Mikey Garcia and won a grueling war with Shawn Porter last year, the latter win adding the IBF title to his trophy case. His career and life were threatened last fall in a single-car accident, postponing a fight with Danny Garcia that now may come this fall.