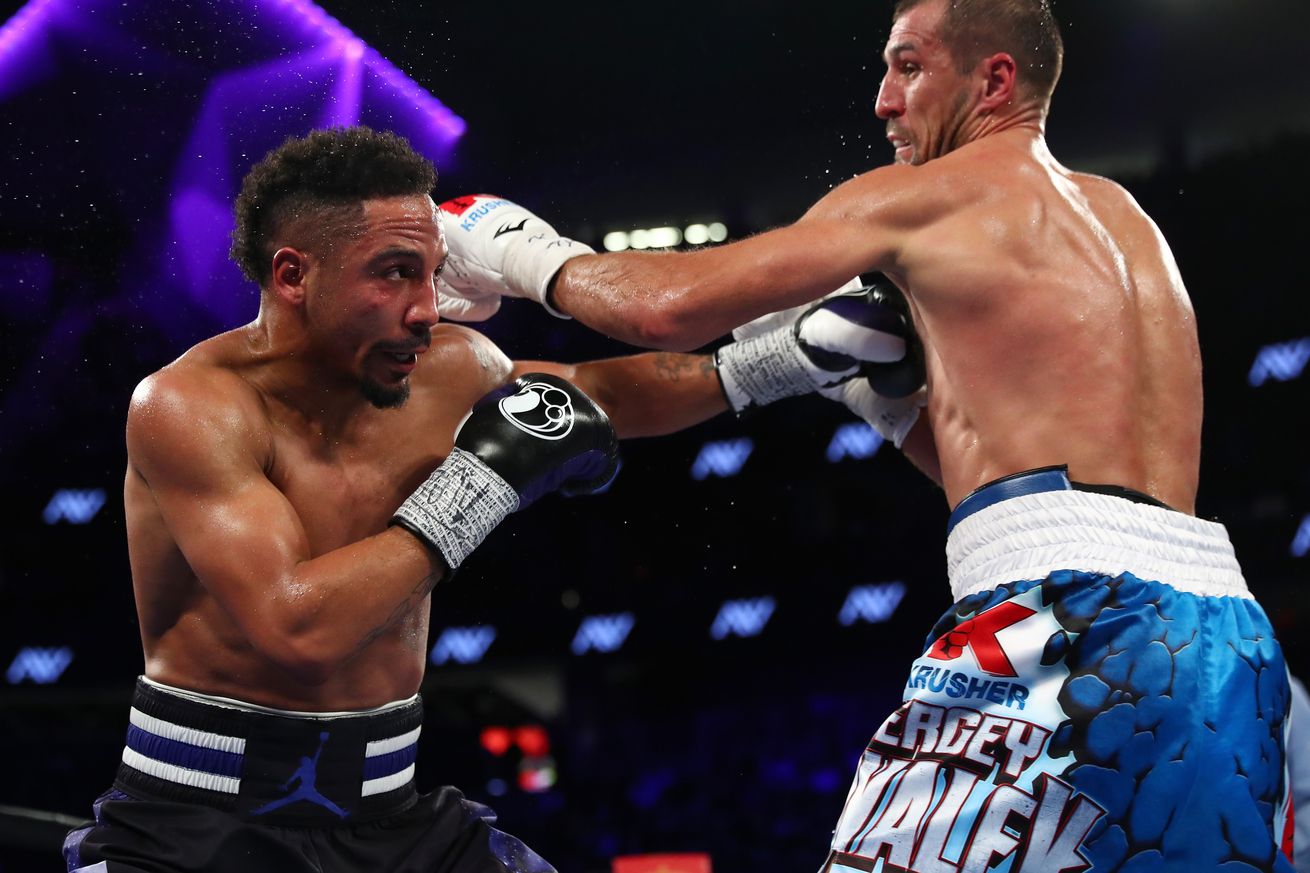 The first fight between Sergey Kovalev and Andre Ward was about as close as they get on the highest level.

Andre Ward had made a name for himself in the super middleweight division, starting really with a win over Mikkel Kessler in 2009, taking the WBA 168-pound title and letting the rest of the fighters in Showtime’s Super Six tournament that he was there to win it all.

He did win it all, beating Carl Froch in late 2011 to secure the tournament victory and also claim the WBC title. And as soon as the tournament was over, basically, he jumped to the larger network, HBO, and began his journey to becoming a bigger star in the sport.

In 2012 he beat Chad Dawson, then sat out 14 months before beating Edwin Rodriguez. When he returned after another 18-month layoff, he had made the decision to move up to light heavyweight. Wins over Paul Smith, Sullivan Barrera, and Alexander Brand led him to a fight in Nov. 2016 against WBA/IBF/WBO unified titleholder Sergey Kovalev.

Kovalev (30-0-1, 26 KO coming in) was unbeaten himself, the clear top 175-pounder in the sport, and on quite a run. In his most recent fights, he’d beaten Bernard Hopkins, Jean Pascal, Nadjib Mohammedi, Pascal again, and Isaac Chilemba. Opponents were, frankly, running thing. Adonis Stevenson, the WBC titleholder, didn’t seem to want much to do with Kovalev.

It was no Fight of the Year candidate, no heart-stopping action or drama, but a good, tactical battle between a couple of high level guys, with Kovalev perhaps operating at his very best.

It was as razor thin as could be on the cards, with Ward coming off the canvas in the second round to earn an unanimous decision, with scores of 114-113 (seven rounds to five) on all three cards. I scored the fight for Kovalev, as did many others.

The controversy wasn’t necessarily at a fever pitch, but it was real and earned. There wasn’t much to split the two of them, and while people had their firm cards, nobody felt the fight was less than very competitive, and it set up a rematch for June 2017, which had plenty of its own controversy.