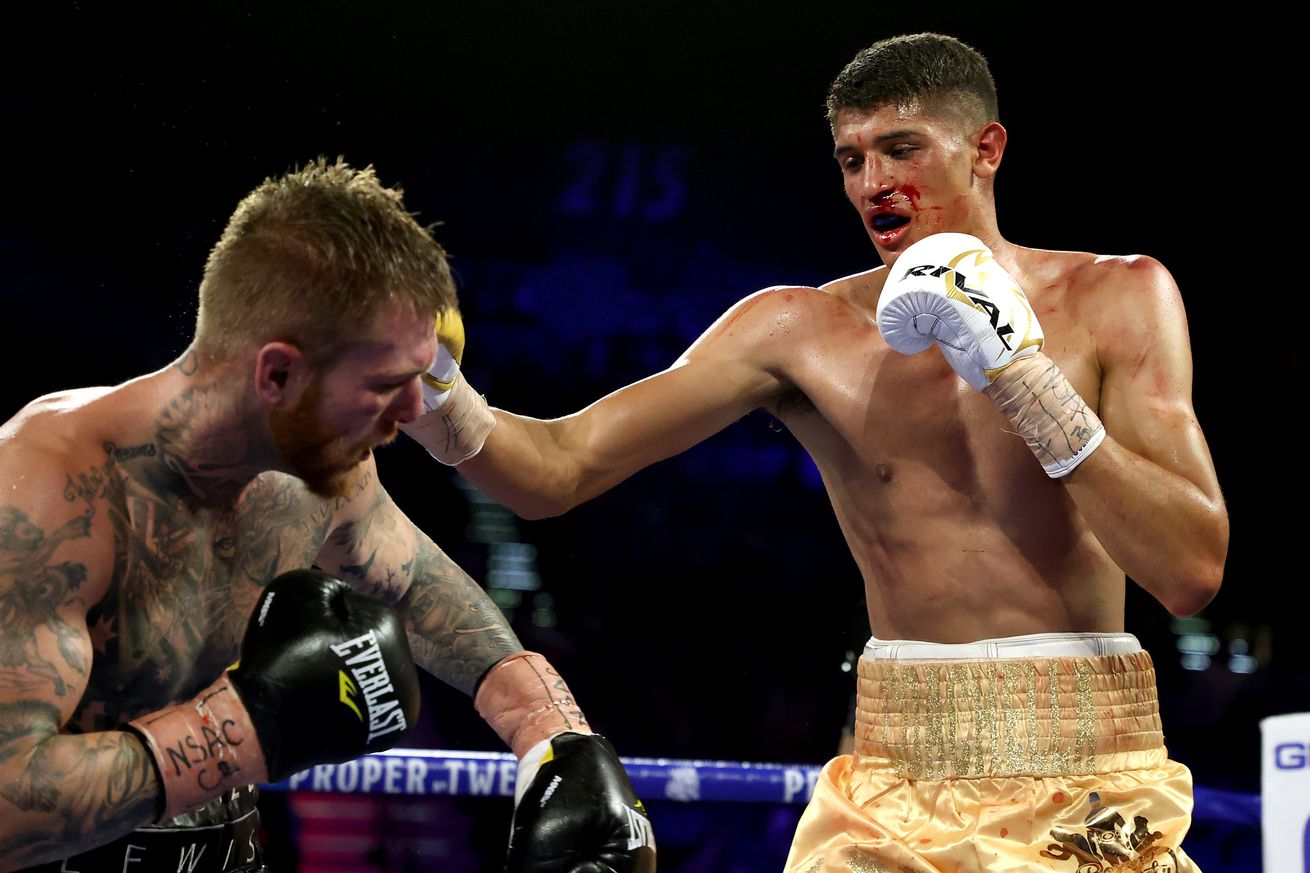 “The Towering Inferno” is beginning to make waves in the competitive 154-pound division.

At close to two metres tall, Sebastian Fundora (15-0-1, 10KO) is used to receiving attention wherever he goes. The 22-year-old southpaw chose boxing as a youngster – turning down multiple offers to follow a career path in basketball or athletics – and following his recent destruction of Nathaniel Gallimore (21-5-1, 17KO) in Los Angeles, “The Towering Inferno” is beginning to realise his potential in the fight game.

Fundora has kept active since signing with Sampson Lewkowicz in 2018, staying undefeated and enjoying a run of fights on home soil. Previous trips to Mexico, Uruguay and Argentina helped craft the youngster and build his resume, but now, the focus is firmly on a charge to the summit of the 154-pound division.

I’ve only recently been aware of Fundora. His victory over Daniel Lewis on the undercard of Wilder-Fury II caught my eye, with us exchanging messages in the lead up to his 14th pro victory. We said we’d hook up for a piece, but COVID-19 happened…

His father Freddy put me back in touch this week as Sebastian detailed his determination to become a real player at junior middleweight.

“It was a big win for me,” Fundora explained following stopping Gallimore for the first time as a pro. “I was in the ring with an elite fighter of the division so getting the win and stopping him, when nobody else could was a big deal for me and my career.”

Deciding to fight on the inside despite his BoxRec-reported 80-inch reach is an intriguing yet exciting tactic of Fundora’s. With the southpaw expecting his opponents to work on the inside and rip to the body, Fundora has often met them in the pocket for a tear up. Gallimore felt the full force of Fundora’s levers as an uppercut-assault ensued.

“The team and I were always confident in what we had in front of us [Gallimore], and what we had planned for it,” he continued. “We train very hard and prepare for everything. I think at first the opponents were surprised that’s for sure [on Fundora’s decision to box on the inside]. But as we get deeper into the division, I’m sure we’re starting to think of plans for more of an outside game or something of the sort. But that’s fine too because then we can utilise our reach just fine.”

Fundora speaks fondly of his team and often refers to a team effort rather than an individual one. He trusts his promoter to land him a big fight over the coming year.

“I never pick the opponents – I fight. It’s up to my promoter Sampson, but we’ll be ready for everyone. And of course, who wouldn’t want to see someone come and take over the division and be the true king of 154.”

In a competitive junior middleweight division, Fundora appreciates the need for a top dog. There are a lot of fights to be made in the weight class, and Fundora wants to state his claim before moving up. Walking around at around 157 pounds, he doesn’t feel rushed to climb into middleweight waters. He believes he could make 147 quite comfortably, but is settled as a junior middleweight.

“As of right now, I’d first like to become a champion at 154-pound division and make something of it before moving onto some other weight class,” he confirmed.

For now, Fundora is enjoying a rest after the best win of his career to date. “Home life in Coachella is pretty peaceful, not a big city or anything. It’s the desert, so it gets pretty hot here as well. But if you can get past that, it’s a great place. I don’t take long breaks, so there’s not much I do when I’m not boxing. Probably the only things I do is eat and get some good rest without having to get up at 5 am to run!”

The future is bright for Fundora. Time is on his side in a quest to reign at 154-pounds in a division that he admits is forever changing. One day soon, he hopes to be head and shoulders above of his peers – in merit as well as stature.