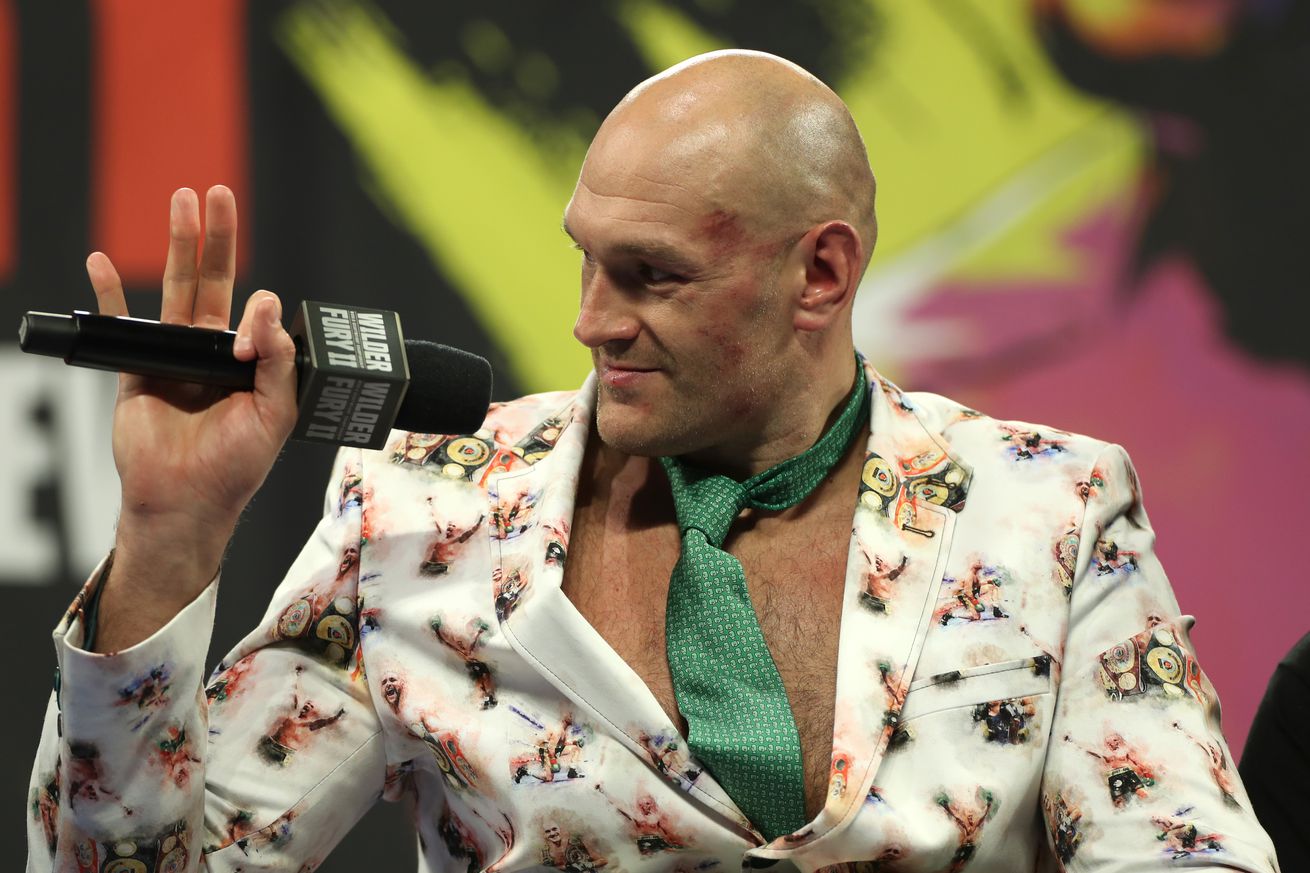 This past weekend saw Frank Warren claim that his charge, Tyson Fury, would not be facing Deontay Wilder in his next fight after their planned December date fell through due to football conflicts. Though Shelly Finkel stated that the trilogy fight is still on, Fury personally tells The Athletic that he’s “moved on” and will now pursue an alternate bout in the UK, which Dan Rafael reports could come on December 5th against unbeaten Agit Kabayel.

“Then they asked me if I would agree to push it to December. I agreed to Dec. 19. Then they tried to change the date again into next year. I’ve been training. I’m ready. When they tried moving off Dec. 19 and pushing to next year, enough was enough. I’ve moved on.”

Mike Coppinger notes that Fury (30-0-1, 21 KO), according to sources, is “not contractually obligated” to go through with the threematch, as the deadline to reschedule expired on Friday. “The Gypsy King” now intends to set up a 2021 clash with Anthony Joshua for undisputed heavyweight supremacy, contingent of course on Joshua taking out Kubrat Pulev on December 12th.

There are certainly worse stay-busy opponents than former European champ Kabayel (20-0, 13 KO), who signed with Top Rank in September of last year. The 28-year-old sort of vanished from the face of the Earth after upsetting Dereck Chisora in 2017, but successfully defeated Evgenio Lazaridis in July.