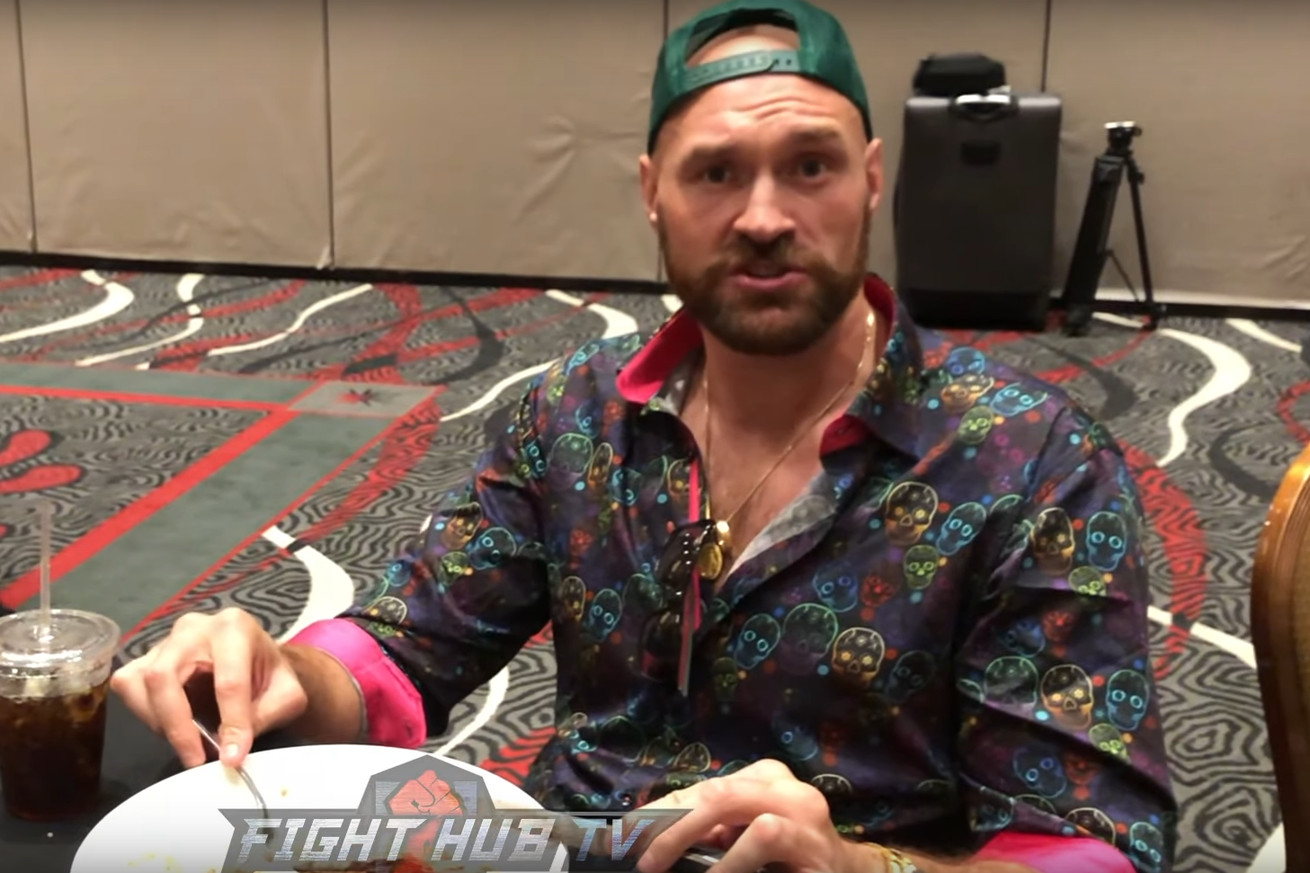 Well, I suppose that goes against conventional wisdom.

With Tyson Fury set to defend his LINEAL title this weekend against Otto Wallin, Fury sits down with reporters over a meal and diet coke to explain how he fuels himself before fights…

“I drink beer while I’m at training camp,” Fury would casually admit. “I had four pints of beer before the Wilder fight, the night before. Didn’t do me any harm, did it? Ben, am I lying or not?”

Trainer Ben Davison would sort of uncomfortably admit to witnessing Fury in action.

“Yeah. And when I come down I was like ‘What the fuck is this?!’ He’s like ‘They’re non-alcoholic.’ I found out two days later that they weren’t, though [laughs].”

When Fury was then asked if he was just trying to load up on carbs before the fight, Fury responded:

“No. That was: I’m a man, 30-years-old, who’s been a professional for 11 years and married with five children. If I want some fuckin’ beers, I’ll have some! If the body craves something, give it to it. Why deprive yourself just because it’s fight week?”