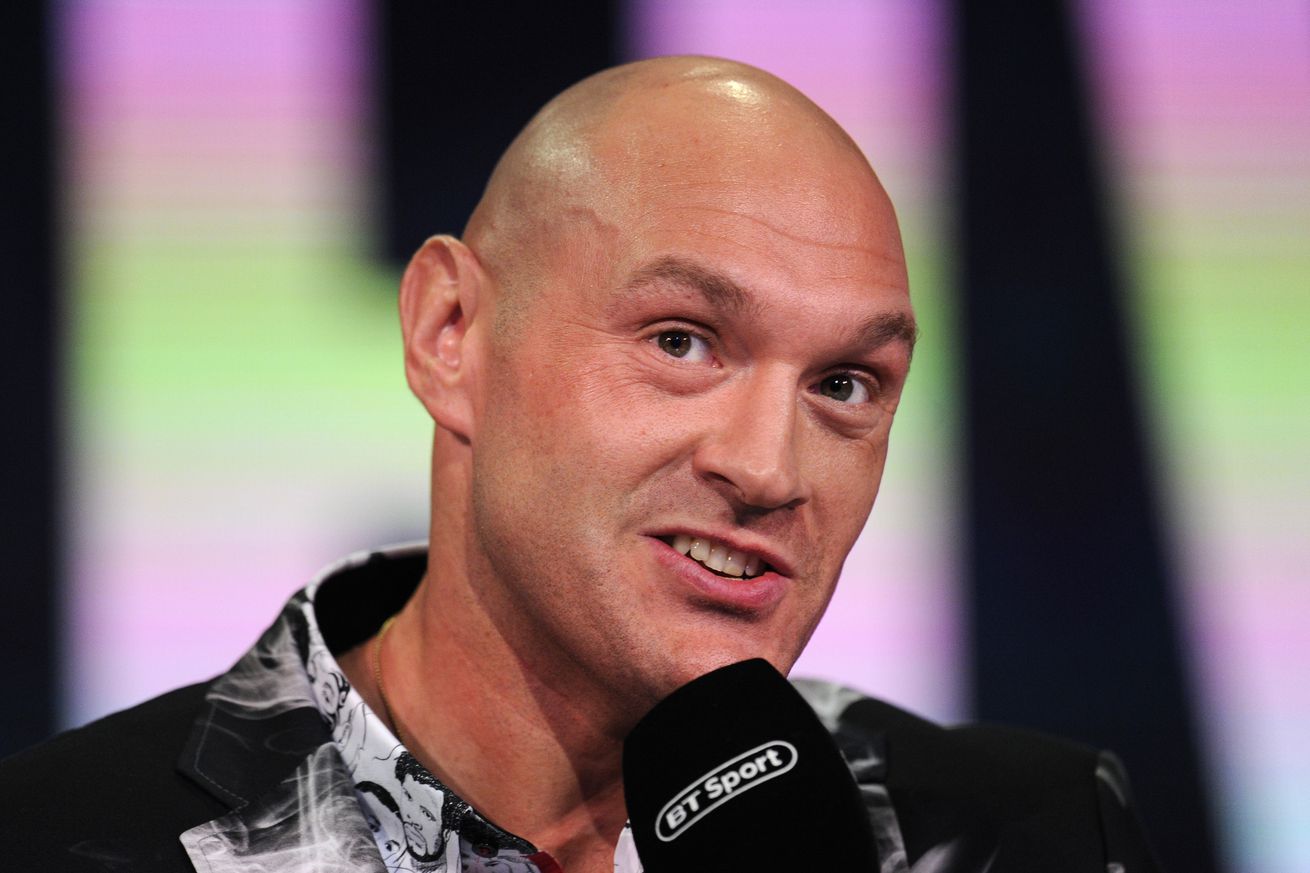 Fury talks about the state of heavyweight boxing and why he respects Wilder more than Joshua.

Tyson Fury appeared on ESPN’s First Take recently, and sat down with the hosts to discuss a number of topics, including the current heavyweight landscape, and what his future plans are. One thing Fury didn’t once mention, though, was his upcoming fight against Tom Schwarz, as that’s obviously nothing worth talking about. But check out what Fury did have to say down below…

Fury on why he didn’t elect to go for the immediate rematch against Deontay Wilder:

“Because on Showtime it wasn’t viewed by that many people, I believe it was only 325,000 views for a world heavyweight title fight with two of the most colorful, charismatic in the past 50 years, 30 years. You know, this needs to be built bigger and I believe the platform of ESPN will give me the option to make it a massive global fight, not only 300,000 people in the United States.

“You know, it was viewed by 450,000 in the United Kingdom at 5am in the morning, so this fight needs to be built, and built big and I’m sure ESPN gives me that platform to do so.”

On what it’s like to fight in this current heavyweight boxing era:

“It’s a great era to be involved in. You know, all the other fighters in the division at the moment are hot, they’re all on fire. Everyone believes in themselves. You’ve got Wilder, Joshua, meself, there are just so many a little bit behind, chasing. There’s a mad pack of dogs chasing us, right behind us on our tail so I hope some of them break forward into this next echelon of fighters.”

On him seemingly respecting Wilder more than Joshua, and if he believes Anthony Joshua is avoiding fights against Deontay Wilder and himself:

“Well firstly, I respect all boxers that get in the ring but I do have more respect for Deontay Wilder than Anthony Joshua because Wilder has proved to me that he’s willing to step up and fight the best — and he has done. You know, he fought Ortiz, everyone avoided Ortiz, didn’t want to fight him. He stepped into the ring with me. He’s been trying to fight Anthony Joshua for so long.

“I proved it time and time again, going to Germany, coming to America, as an underdog to fight these champions in their own country. For me Anthony Joshua needs to prove himself on the world stage because he’s so happy fighting in England and he fought and beat Klitschko after I destroyed him mentally, and had a war with him, a beaten fighter. So he needs to prove he’s willing to step up to the plate and fight the best.

“You know, there was a lot of talk of then two going back and forward, talking about fighting each other for over a year. And it took me — a fat, bald-headed guy who had come back after three years out of the ring — to accept a challenge to defend my country, so to say. You know, what type of a world champion is this, when a guy who has been out of the ring for so long has to come back and defend the throne?”

On how he was able to overcome so much adversity to get back to the position he’s currently in:

“You know, it’s been a lot of hard work and dedication. And I believe every step I ever took, every left and right turn I ever made was all meant to be. I believe I had to go through all those dark times to be able to appreciate good times, appreciate small things in life because I took a lot of things for granted in my life.

“Everything I ever touched turned to gold and it was a point in my life where I never appreciated nothing, nothing meant anything to me because everything came so easy to me. But now I appreciate that glass of water because there was a long period of time where the only place I ever thought I’d ever end up was in a padded room, and I didn’t think I’d ever come back to competitive boxing. I didn’t think I’d ever lose the weight.

“It was the hardest thing I ever had to do but that’s something that I suffered with my whole life, depression and anxiety. Never really understood it until 2016, to where I started doing proper research on the matter. I just thought it was something that I was suffering with, or feeling, that I couldn’t put into words how I was feeling at that time. I was just keeping away from everybody else until I exploded and I needed help immediately.”

On the rumors that he donated his entire purse from the Wilder fight to those in need:

“Well the thing is what I do in me personal life is not what I want to portray as a professional because I’m not some do-gooder who’s looking for a pat on the back off the public, to say ‘Oh Tyson’s a nice bloke, let’s give him a pat on the back.’ You know, what I do in my life behind closed doors, that’s up to me. I’ve never publicized stuff like that.

“But you know when I was down, dark and depressed and out of everything, and I was on the verge of suicide, where were all those people then, when you need them most? When I needed those people most, when I need that positivity around me they were all gone. Everybody left and abandoned ship. Only the real people, like close family, close friends — you see who the real people are in life when you come to that position. God forbid you ever do.”

On what he’s motivated to do next:

“My motivation is to be the best in my era. You know, it’s about who can create the most diverse opinions or whatever. This is about who goes down as the best of this era. You know, I already got a head start on the guys when I took the LINEAL championship off Wladimir. You know, I’ve already stepped up and fought Deontay Wilder. I think all of us need to fight more than one time apiece. You know, go back to the days of Joe Fraizer, Muhammad Ali, George Forman, Kenny Norton — all these great fighters, they fought each other time and time again. And it’s like today everybody is afraid of losing, they don’t wanna step up to the plate because he said, she said — ‘oh I might be better, I deserve a few more dollars’ or whatever.