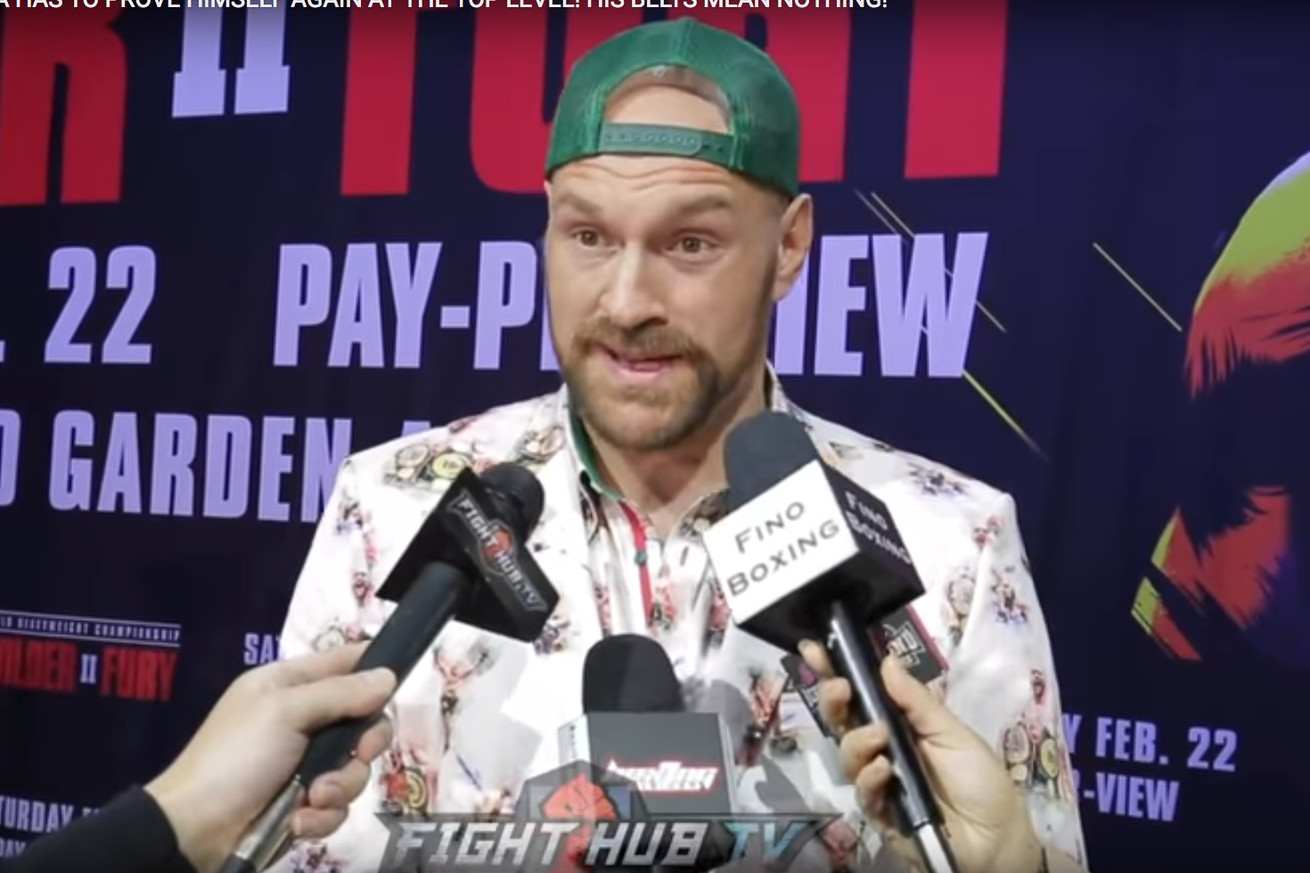 Fury explains why he doesn’t think Joshua has truly redeemed himself.

Following the opening press conference for Wilder-Fury II, Tyson Fury chats with media members and fields questions on his expectations for the rematch as well as why he still doesn’t think Anthony Joshua is in the discussion as the best heavyweight in the world. Check out some excerpts below…

Fury on is his rematch with Wilder will look very different this time around:

“Yes. It’s a completely different fight. I’m looking for a knockout, that’s it.”

On why he feels he has to change anything when most thought he won their first fight:

“Yeah but I thought I won the fight last time and didn’t get a decision. So what’s to say I’m gonna get it again? So if I knock him out then the decision’s made.”

On if looking for a knockout wouldn’t favor Wilder who is the bigger puncher:

On how his cut from his last fight is healing:

On if he thinks it’s really possible that he’ll spar Anthony Joshua in this camp:

“I don’t think it’s possible because he hasn’t got the nuts to turn up and do it. So it is what it is.”

On the winner of this rematch going on to bigger and better things:

On if an undisputed title unification wouldn’t be bigger:

“The undisputed means shit. It doesn’t mean anything. Belts don’t mean nothing. It’s all about who’s the best of your day. It’s not about what belt you got holding your trousers up, it’s not about anything, it’s about who you fight and who you’ve beaten. And that’s it.

“(Anthony Joshua is definitely not in that category of best heavyweight) he already got knocked out. He’s out of it, way out of it. He needs to prove himself again. And I don’t mean prove yourself by hitting and running from a little fat guy all over the ring, I mean prove yourself on high level again. It was a three horse race, he got eliminated, it’s still a two horse race now. Two horses, and there’s only gonna be one standing after this fight…

“I won’t pay any sanctioning fees for Joshua’s belts because they don’t mean anything to me. ‘Cause I’ve already got ‘em. I’ve already got all the belts. The only belt I haven’t got is the WBC and I was robbed of that opportunity, which I should have that. So I’m gonna get that one more belt, and that’s me with belts — finished.”