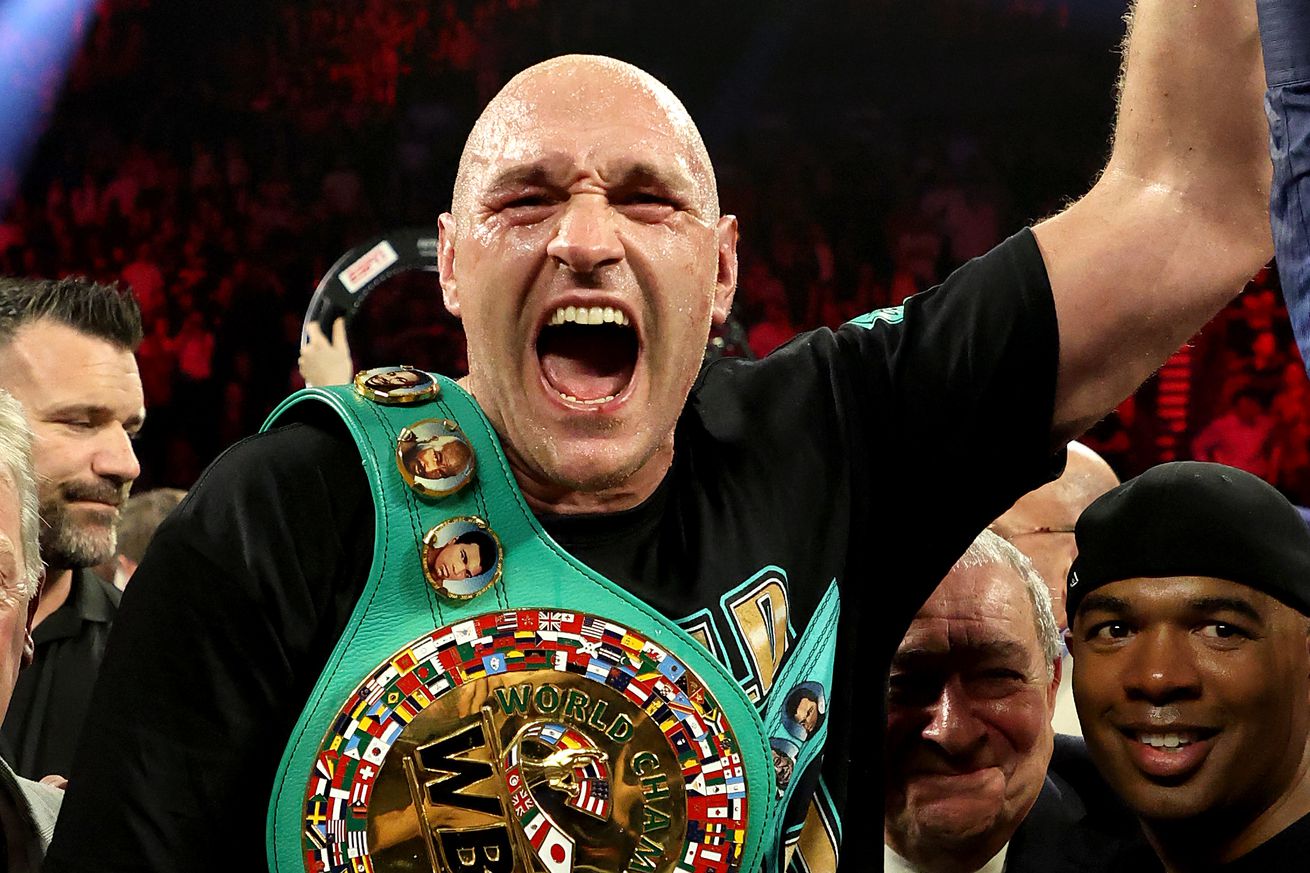 The undisputed title fight would be huge, but Tyson Fury refuses to look past Deontay Wilder.

WBC and LINEAL!!!!! heavyweight champion Tyson Fury’s name has been connected plenty to WBA/IBF/WBO titleholder Anthony Joshua recently, not for this year but for a possible undisputed title fight in 2021.

Fury spoke with Sky Sports’ Boxing Show and sort of brushed that talk aside, not wanting to look past his third bout with Deontay Wilder, or Joshua’s fight with IBF mandatory Kubrat Pulev, both hoped to happen in 2020. He has interest, but he’s not getting ahead of himself.

“If I get knocked out by Deontay Wilder, it won’t be on, will it?” Fury said. “There’ll be another fight with Wilder and so forth and so on, and if he loses to Pulev — so close but so far away. In heavyweight boxing you can never count your chickens before they hatch.”

Fury also has a potential future fight with WBC mandatory challenger Dillian Whyte, and he had a somewhat flippant response to that idea.

“I got this Wilder rematch and then we’ll hopefully get the Joshua fight on, but if that fight doesn’t happen, then yeah, we’ll take on Dillian Whyte,” he said. “Give him a beating. Why not?”

There has also been talk of Fury, 31, retiring in the near future, but while he at one point said he’d have only a couple more fights, more recently he’s said he’ll probably fight until he’s 40.

Either way, Fury says he’s happy with what he’s achieved.

“If I never had another boxing fight, I’d be happy. I’ve completed the game. The game’s over, it’s completed,” he said. “I’ve won every single belt in boxing, from the English title to becoming the undisputed heavyweight champion of the world. All done. All finished, considered the best, done. If I don’t box again, I’m happy.”

To nitpick, Fury has actually never been undisputed heavyweight champion of the world. The clear No. 1 heavyweight in the eyes of fans and pundits, yes, he did that in 2015 and he’s done it again this year. But both times there was someone out there with a dispute. In 2015, it was Deontay Wilder, who held the WBC title when Fury beat Wladimir Klitschko for the WBA, IBF, and WBO belts, and within two months he’d been stripped of the WBO title, which passed to Charles Martin and then Anthony Joshua in early 2016. Right now, Joshua obviously has a dispute, holding three of the four major belts.

But you get his general point, of course, and he seems to be keeping in good spirits, and truly happy with where he’s at, which is good to see as always.