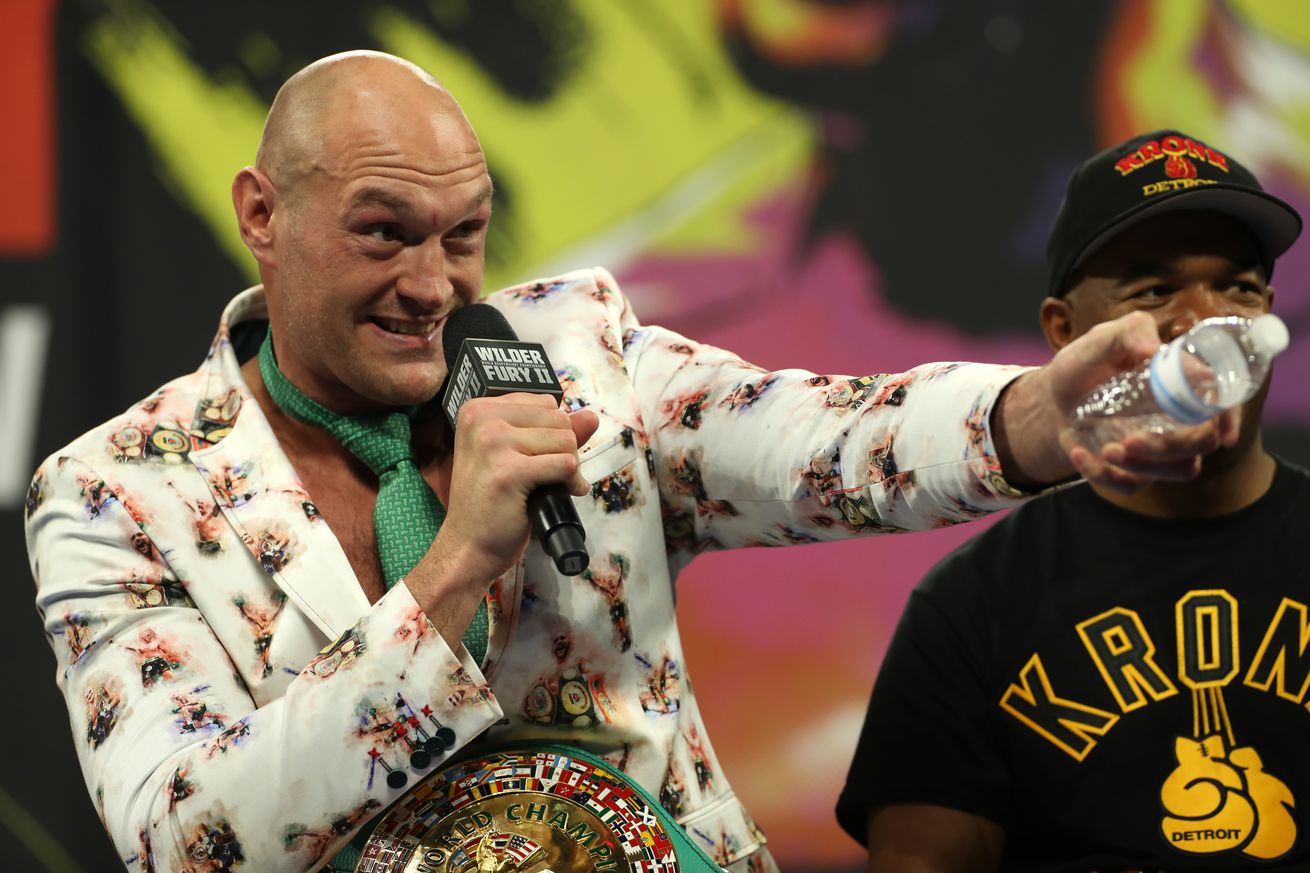 Fury expects Dubois’ momentum to carry him through.

British heavyweights Daniel Dubois (14-0, 13 KOs) and Joe Joyce (10-0, 9 KOs) are set to square off in a battle of unbeaten prospects on April 11 at London’s O2 Arena, and a former sparring partner of both men, Tyson Fury, shares his take on the fight.

Fury, who now holds the WBC heavyweight title, admits that he’s wavered on his pick for this fight for some time now, but that having been in against both fighters during sparring sessions he ultimately sees Dubois coming out on top.

“But, after really analysing the situation, I think Dubois gets him early. Dubois is younger, fresher, punches very hard and is on a real roll at the moment.”

Fury would continue by mentioning that Joyce is a slow starter and fights at a monotonous pace but that if he can get the fight into the late rounds then he has some chances. Obviously, though, that’s not something Fury himself is counting on.

Joyce, 34, most recently took a unanimous decision over Bryant Jennings last July while Dubois, 22, took a knockout win over Kyotaro Fujimoto in December, his fifth stoppage win in a row.