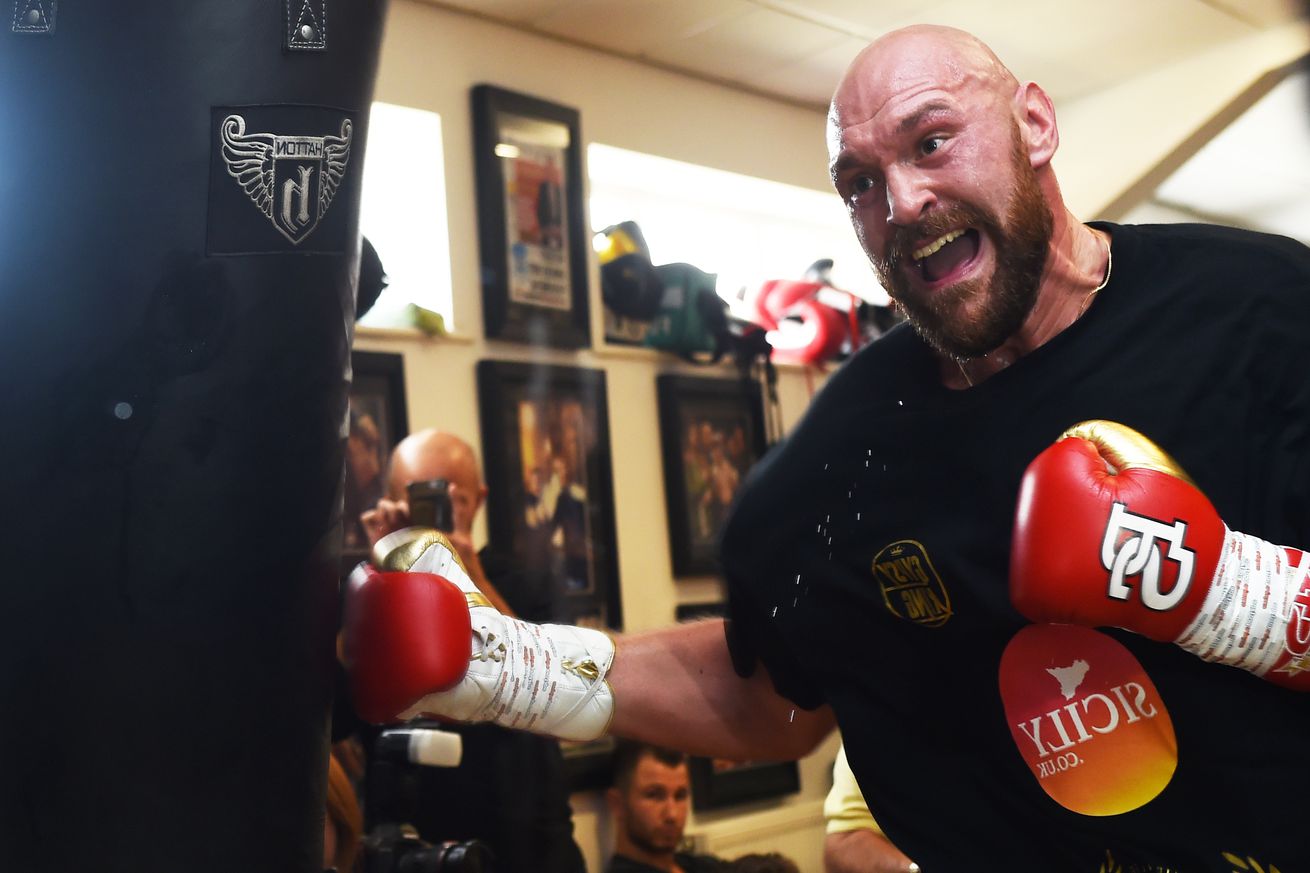 It’s clear Tyson Fury hasn’t been slacking during this downtime.

WBC heavyweight champion Tyson Fury has made another social media appearance to let all his fans know that he’s in both great shape and spirits as he looks towards a third fight against Deontay Wilder. During an Instagram live stream Fury’s discusses how he’s been training four times a day, gearing up to do more damage to the former titleholder from Alabama.

Although there had been rumors that Fury was entertaining the idea of trying to go straight towards an undisputed title unification match with Anthony Joshua, Fury has since shot that down that talk, making it clear that he will in fact be facing Wilder again in a bout expected to happen later this year. Details on that third fight have yet to be released at this time, but should soon begin to emerge as the world tries to rebound from this global coronavirus crisis.